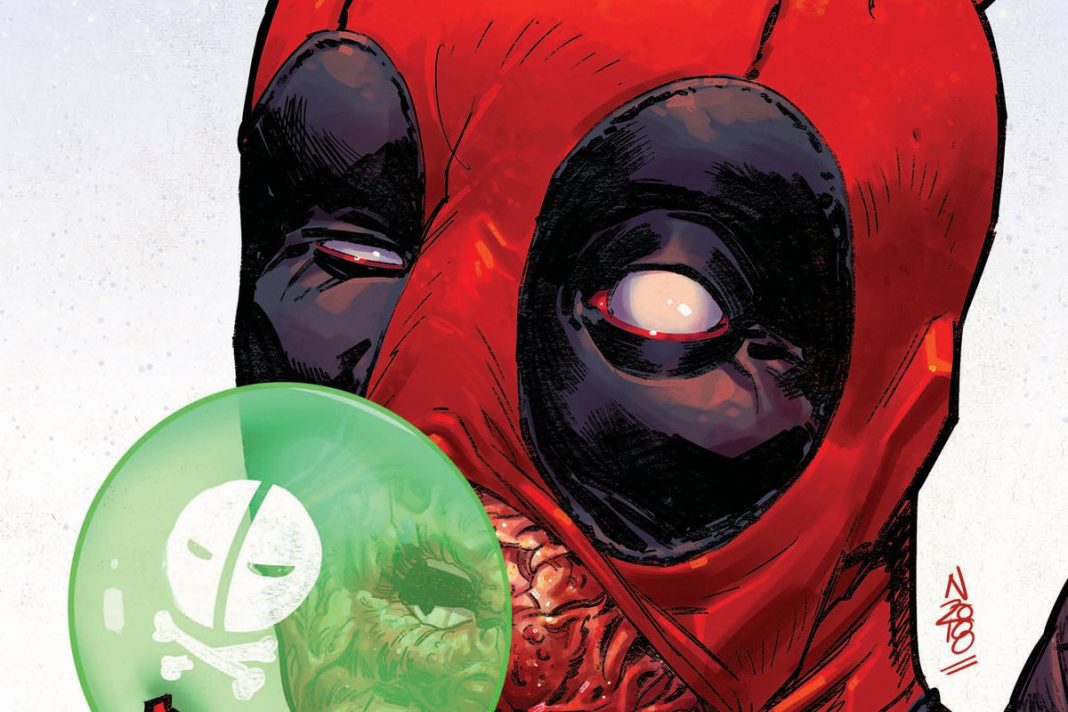 From Marvel: “MERCIN’ FOR A LIVING! Skottie Young and Nic Klein bring you the craziest tales of the Regeneratin’ Degenerate yet! It’s been a while since Deadpool’s had to merc to make ends meet, but things are tough all over. While Deadpool tries to get his humble mercenary-for-hire business back off the ground, a catastrophic threat so unfathomably huge, so mind-breakingly cataclysmic it defies description, is heading toward Earth, and there’s only ONE PERSON WHO CAN STOP IT!!! Oh no, wait…it’s not Wade, is it? Oh, %$@#. It’s Wade.”

So, let’s take a walk down memory lane here, shall we?  Way back in 2012, way before there was a Deadpool movie, we were introduced to the merc-with-a-mouth by Gerry Duggan and Brian Posehn.  Duggan basically carried the series, taking over the writing duties, and directing the ship until his last hurrah in Despicable Deadpool #300.  I was a huge Deadpool fan.  HUGE.  The writing was smart and funny.  The art was consistent.  It was good.  As the run moved on, things started to stagnate.  Stories felt reused.  They were releasing gimmick books more and more (hello Spanish book?).  And I jumped ship sometime in 2015.  It just wasn’t the book I signed on for.

Skottie Young has been around for a few years now.  Mostly known by Marvel comic fans as the guy who created the “baby Marvel” characters, Skottie drew more variant covers than almost any other artist of the time.  But what people didn’t realize is that he was a terrific creator as well.  His “I Hate Fairyland” series has been going strong since 2015 – showing a sarcastic and maniacal side to his “baby character artist” persona.  This is the guy that was handed Deadpool.  The guy who’s been working a R-Rated book for the last couple of years.  Could it work?

Come On, Just Say It

Not much happens in this first book, you learn that Wade is running a new mercenary business with Negasonic Teenage Warhead.  A point is made that this seems ripped off from a movie or something.  And then Deadpool points out that he had a memory wipe so anything could have happened before.  And it doesn’t matter.  Because it’s exactly what Deadpool should be.

If you, like me, have jumped off the Gerry Duggan train.  Jump on to the Skottie Young bullet train.  This is going to be a WILD ride.