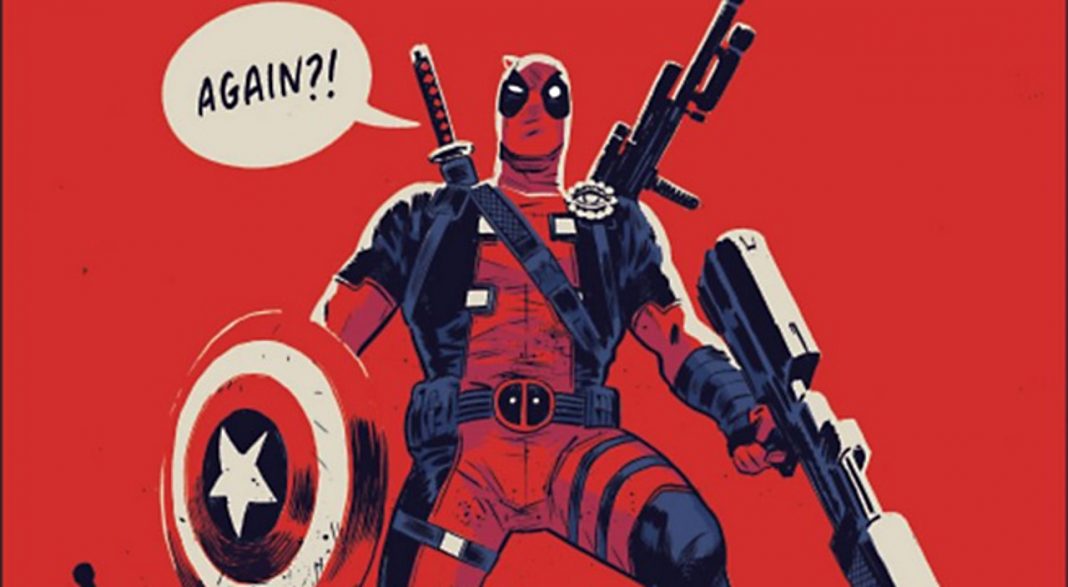 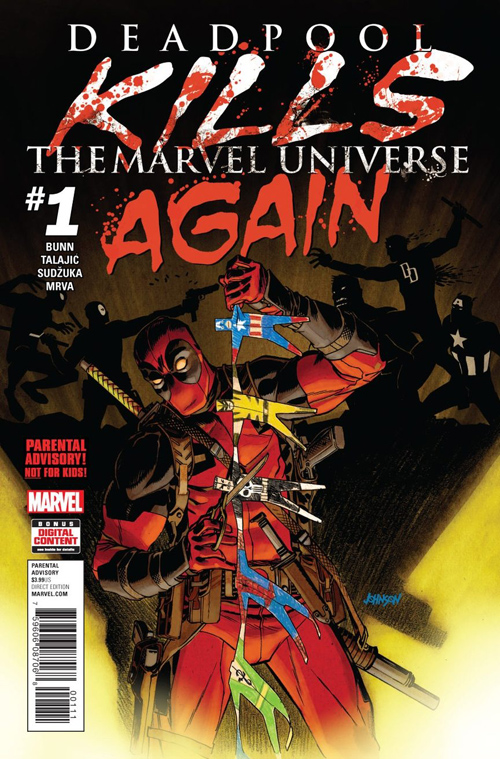 As previously stated, I am not a Deadpool fan. But this week’s launch of Deadpool Kills The Marvel Universe Again has again thrust a comic featuring the Merc with a Mouth into my hands. So let the bloodbath begin! As a mini-series devoted to the dismemberment of Marvel’s heroes, this comic is tailor-made for the already installed Deadpool fanbase. Those just looking to side step the in-continuity superhero fair that makes up most of Marvel’s monthly titles will likewise find that it makes for a good distraction. Cullen Bunn crafts as plausible a plot as possible for the premise, giving the story enough structure to not insult your intelligence, while simultaneously trying not to be more than it needs. I didn’t find the dialogue as funny as expected (although reading with Ryan Reynold’s voice in your head does help). Rather, ideas like Deadpool stuffing a deck of cards into the mouth of Gambit’s cadaver really bring out the sardonic humour of this twisted parody. 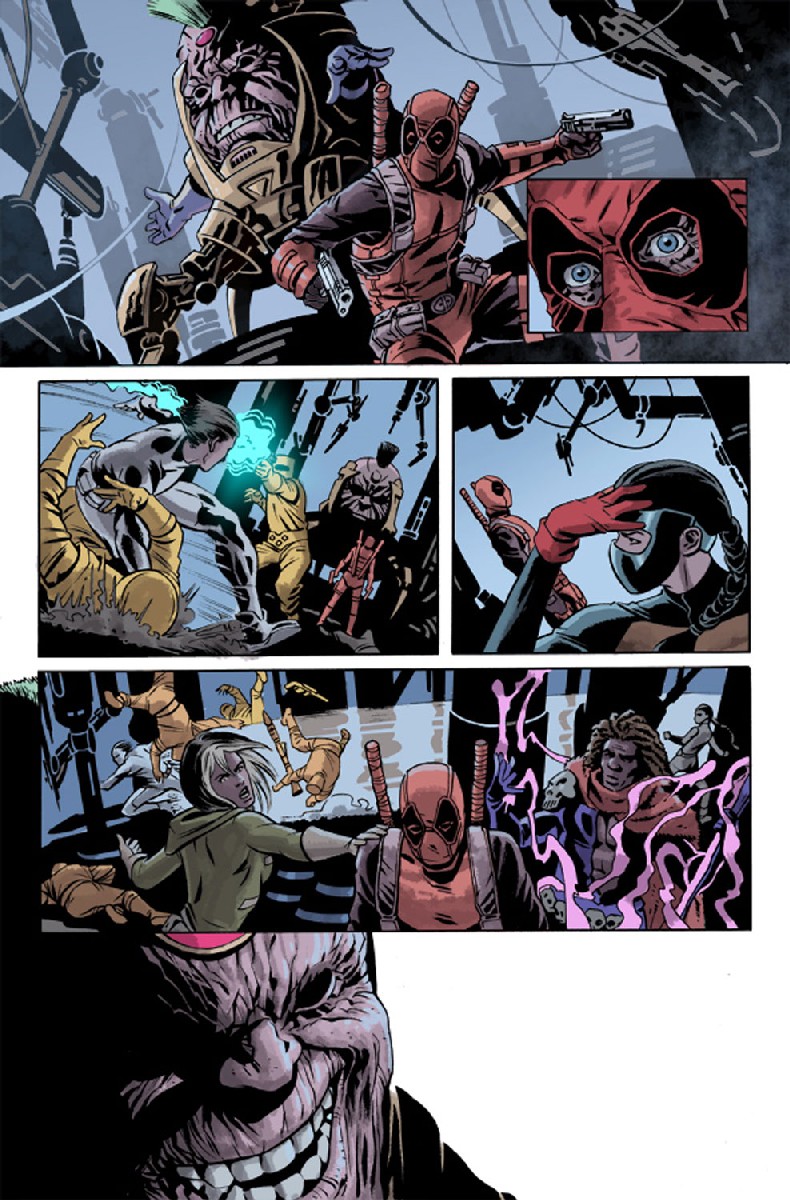 Artist Dalibor Talajic does some great work in this issue. His framing and composition is top-notch, while the thick inks and muted colours of Goran Sudzuka and Miroslav Mrva respectively hold to the murky tone. The exception to this comes when we see things through Deadpool’s eyes. The bright and cartoonish style—in juxtaposition with the grim reality a page over—works well as a visual gag. Whoever laid this book out for print better get flogged with a Twizzler though, because a lovely double page spread ends up on either side of a single page. Deadpool Kills The Marvel Universe Again #1 won’t convert anyone who isn’t already a fan of the character, but a good comic is a good comic. It checks all the boxes and it’s easy to forgive when it stumbles. Or, in the words of our enigmatic hero: “This party is strictly poop-free! Toga! Toga! Toga!” -Keli

P.S. Hit me up on social-media if you have a Deadpool recommendation you think will make me a True Believer.