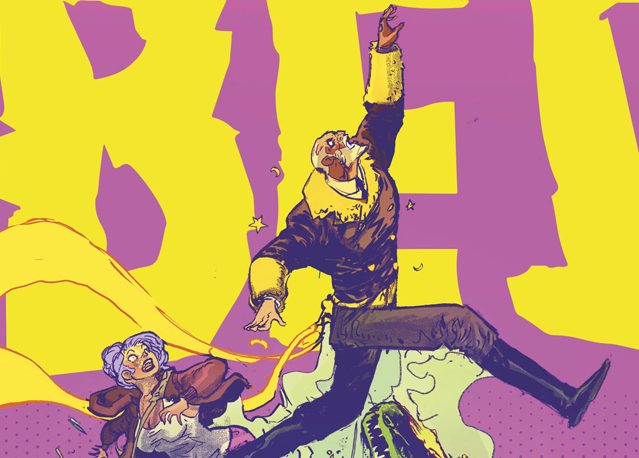 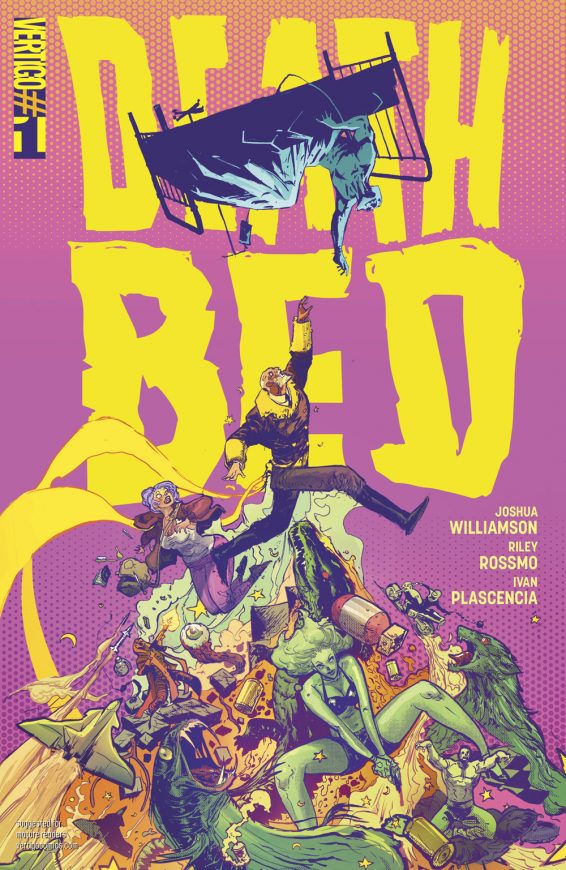 From The Publisher: “Myth, hack, sex symbol, stark raving lunatic-all of these words have been used to describe Antonio Luna, the world’s greatest living adventurer. Or at least he was until 20 years ago, when he mysteriously vanished from the public eye. Now the ninety-year-old has returned and claims to be on his deathbed. Which is where Valentine Richards, a failed novelist turned reporter, comes in. Val is hired to travel to Luna’s remote castle home and uncover where the old star has been all these years, and just how much of what he says is actually true. But once Val starts to hear Luna’s tale, she finds herself entering into an insane world of psychedelic violence and explosive supernatural adventure. This brand-new series is a bold collaboration between Joshua Williamson (THE FLASH, FROSTBITE) and Riley Rossmo (THE BATMAN WHO LAUGHED). Before it’s through, they promise to take you to the Moon and back-and everywhere in between-plus some places that are totally off the map.”

You’ve probably heard this many times today but: You haven’t lived until you’ve seen a mostly naked man take out an army of assassins. Death Bed is a slow burn.  You follow Val, a writer almost out of work, as she takes a ghostwriter job for a legend in his own mind.  When she meets him – he’s on his deathbed. Yup, on the nose, I know.  After some exposition, the stuff hits the fan and, well, Luna is wielding his sword, per se.  And it’s ON.

Did I Say There Was Nudity?

But of a warning about this book – if you couldn’t tell from the cover – this is mature territory.  No kids allowed.  But other than that – this is freaking great!  Ton’s of totally natural exposition at the beginning of the book makes for a smooth read.  And even when the action starts, you are still completely on board (albeit after a moment when you realize the man is sans pants).  Super funny and self-deprecating – a total joy to read.  In addition – the art style is dark and frenetic.  And it feels a little old school with the pointillism-style and the vivid colors use later in the book.

Overall a good book and a must have for local Riley Rossmo fans (this makes it a local creator book I think) so pick it up!