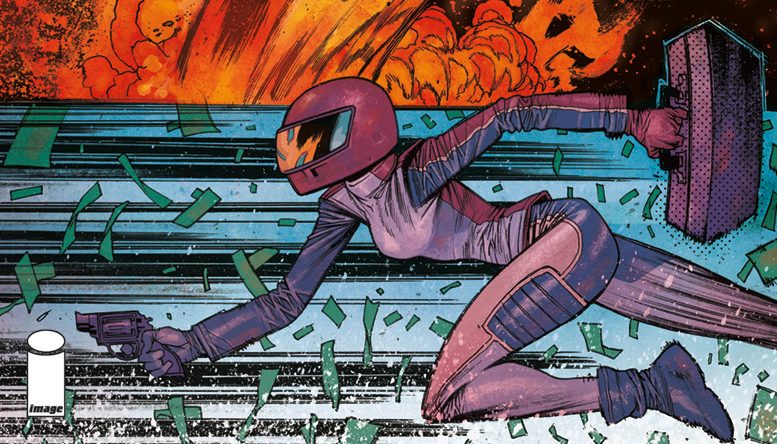 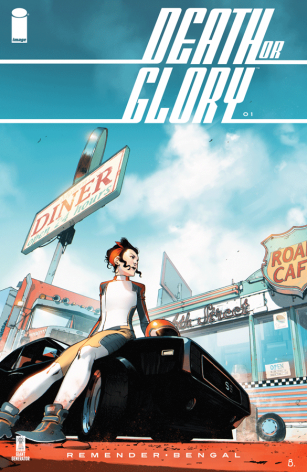 From the publisher: “Meet Glory, raised off the grid in a convoy amid truckers—the last men and women fighting for true freedom on the American open road. Now, in order to pay for her beloved dying Father’s surgery, Glory has three days to pull off four dangerous cross-country heists with mob killers, crooked cops, and a psycho ex-husband all out to bring her in or die trying. The new ongoing series by New York Times bestselling author RICK REMENDER and legendary French superstar BENGAL brings you a high-speed chase across the American West that examines our dwindling freedoms and the price paid by those who fight for an untethered life.”

What is it with Image and their incredible storytellers?  I sat down and read this 40 page mammoth #1 not once, but twice.  That’s 80 pages of reading for the math challenged folk out there (not judging).

The book starts out with a cold intro the involves three people getting killed by nitrogen.  No guns.  No bullets.  Nitrogen.  The guy cold cocked these people.  This introduction should feed into a dark brooding title sequence with 80s retro titles.  But it doesn’t.  This isn’t TV – its a comic book.

What I’m trying to say here is while the base concept here is pretty formulaic, its a well made book.  The art style is incredible.  Bengal (so cool they only need one name) has a very intricate and colourful style.  There are times where there is no dialog at all and yet the story moves along at a constant pace.  That’s how well the story and the art mesh together.  And while the lead character, Glory, is generally doing bad things for money: you empathize with her situation with her father and his health.

If nothing else, pick up Death Or Glory because its a great value and is good as a standalone story.  However – you may get caught up in Glory’s plight and want more.  And that’s a good thing.