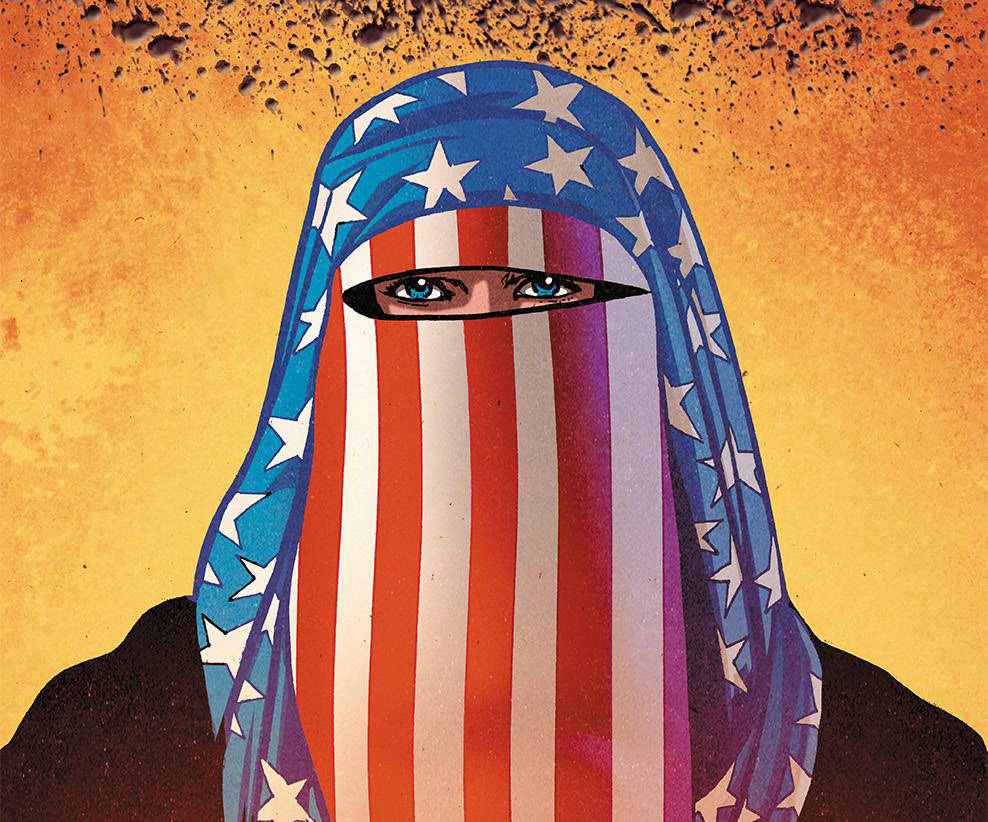 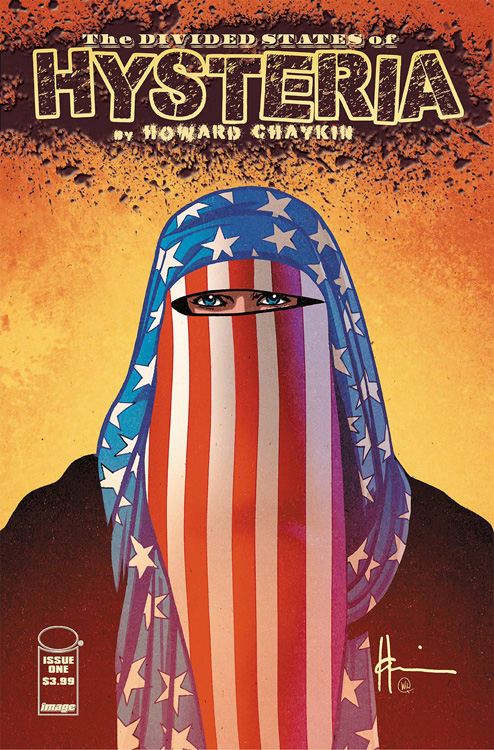 The Divided States of Hysteria #1

Written and drawn by Howard Chaykin

Howard Chaykin’s newest comic makes it past the censors and on to comic shelves this week with the release of The Divided States of Hysteria #1. The stage is set for said hysteria after the U.S. loses its President during an attempted coup d’etat, leaving the nation’s intelligence apparatus on high alert for any elements looking to exploit the destabilized federal government. Unfortunately, a pregnant suicide-bomber with an explosive up her butt is tough to spot. Chaykin’s crams a lot into this first issue (and his terrorists), as he sets up the aforementioned premise and introduces a bevy of characters whose place in the larger story is not yet made clear. Although there is no discernible social commentary in this issue, one gets the feeling that a scathing satirical appraisal of American culture and politics is in the mail. If that is your cup of tea—along with sex, violence and other vice—then Divided States of Hysteria aims to please. Like the writing, each page is duly crammed with visual information. There is no negative space spared, with drones filling the skyline and a literal stream of digital information passing over each panel. The impression given is that of the anxiety of living in an information and technology driven society. Each character vignette on the other hand, exposes the violent lives of its subject in the gritty detail of flesh and blood. There is a lot to take in, but it never becomes so cluttered that it is unreadable. The Divided States of Hysteria feels like a comic that has something important to say, but the first issue passes over proselytizing to introduce a slew of elements with no clear indication as to what will come next. However, with a pedigree of controversy and critical acclaim, Howard Chaykin is sure to deliver more of both by the time the series reaches its conclusion. -Keli