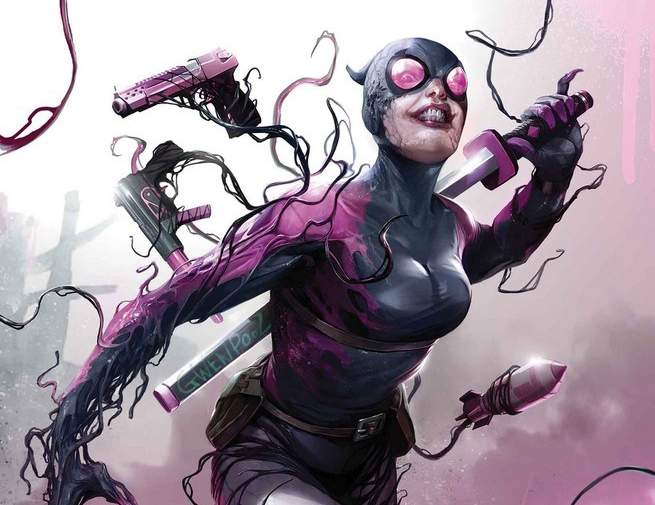 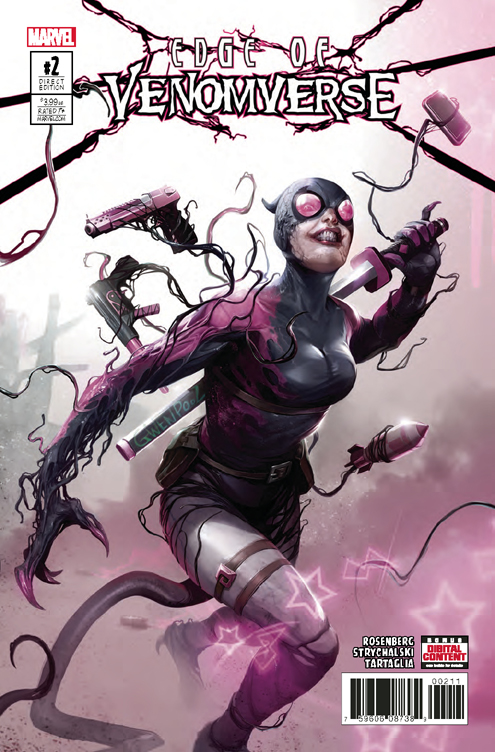 Ummm. So Gwenpool—who started as a concept for a variant cover—is kinda sorta, but not really a mash-up of Gwen Stacy and Deadpool? And she inhabits an alternate Marvel universe which she traveled to from the “real world”, giving her a meta-perspective on life as a superhero in a comic book reality? Ya okay. Why not just merge her with a Venom symbiont and call it day. Oh crap!

This week’s Edge of Venomverse #2 follows in issue #1’s footsteps by delivering the second of five stand-alone tales featuring the Venomized version of a Marvel character (last time it was X-23). The story has a lighter feel than the first issue—in keeping with the tone of Gwenpool’s world—and yet not without its Venomverse–edge (sorry Chad, I’m borrowing your pun). The story is pretty silly, centering on Gwenompool trying to retrieve her love-doodles of Daredevil before they expose his secret identity. If it wasn’t for all the blood I’d say this comic was for your kid sister. The real value here is the banter between Gwenpool and the symbiont. I’ll hand it to writer Christopher Hastings; he brings an endearing quality to a character whose creation could easily be dismissed as cynical. The art is appropriately cartoony, with a manga-esque style brought to us by Irene Strychalski. Like the writing, Strychalski does not phone it in; leaving us with a comic whose quality defies reason given how convoluted it all sounds on paper.

With an ambiguous ending, it’s hard to tell how this comic fits into the larger Venomverse mini-series. If you’re after every issue or just a straight up Venom-head then this is a quality comic for your collection. For the rest of us, well, that is a pretty sick cover. Maybe it will spawn its own series too (please don’t) -Keli 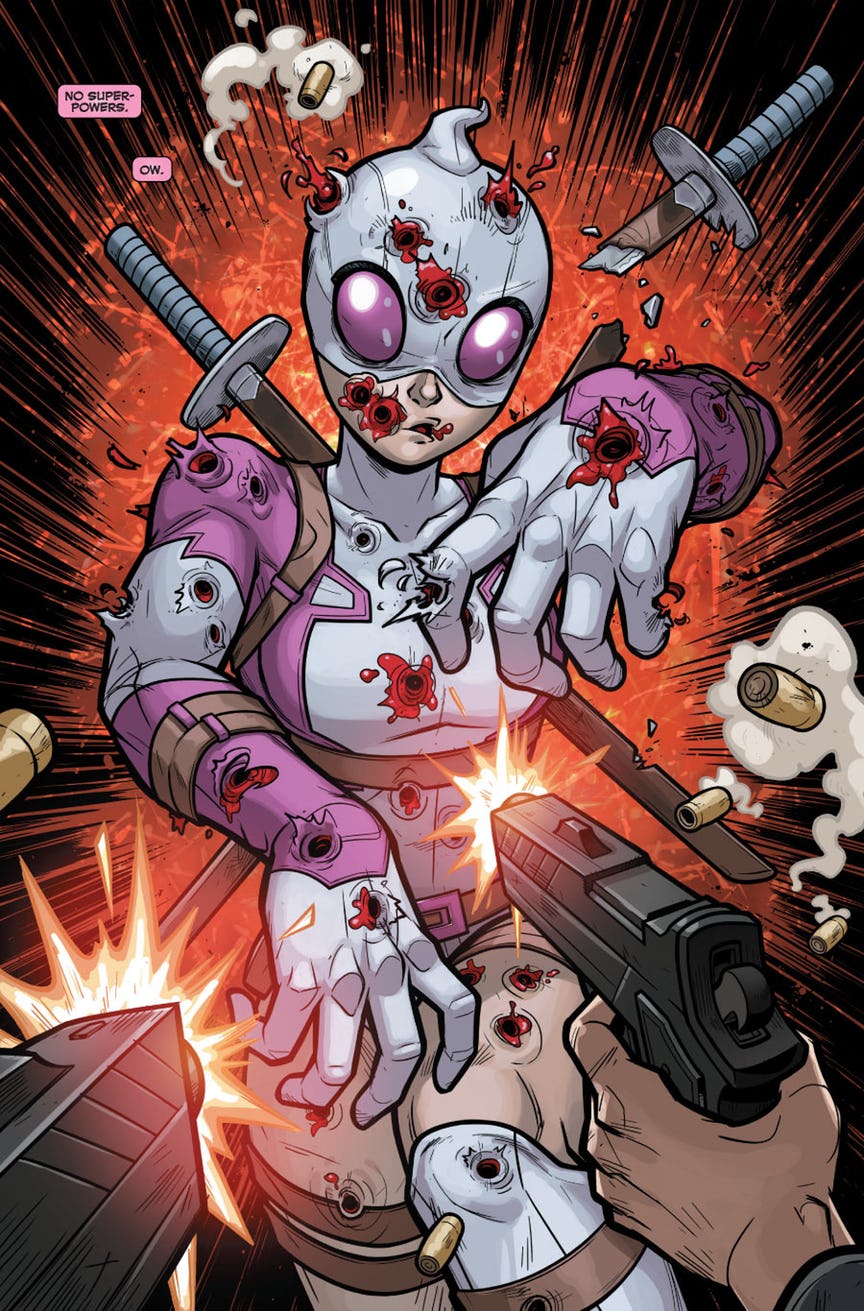