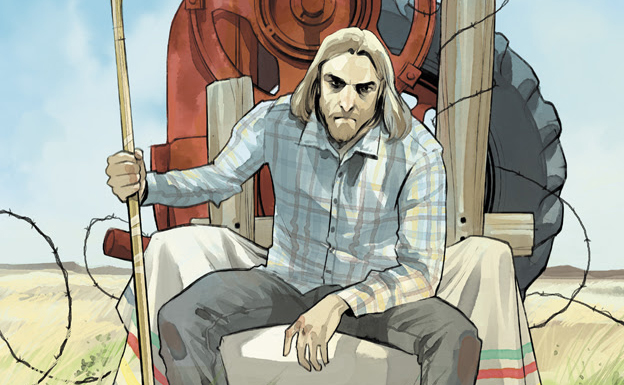 An outsider has been caught trespassing on the Grass Kingdom’s territory. The “kingdom” however, is merely a patchwork of mobile homes, silos, freight containers, and other run-down structures from a bygone era. While Bruce—the appointed “lawman”—escorts the unwanted interloper out, he and the reader are given a brief tour of this secluded-lakeside-commune. The inhabitants they encounter along the way espouse an extreme libertarianism, and it is made well known how they feel about outsiders wandering over their borders. But the young intruder did not stray onto their land by accident: he has been sent from the neighboring community of Cargill to locate someone. Unfortunately for him, the grief-stricken “king” of the commonwealth has found her first, along the shores of a lake that has borne witness to the many tragedies of those who have sought solace along its waters. 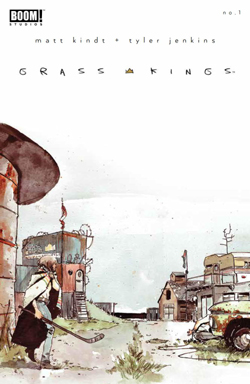 Grass Kings is a new series written by the critically acclaimed, New York Times bestseller Matt Kindt (Mind MGMT), and illustrated by Calgary’s own Tyler Jenkins (Peter Panzerfaust). The first issue is a primer for larger mysteries that have yet to unfold; none more so than what is alluded to on the cover of this issue. Truly there are some backwater shenanigans afoot in these here parts! Kindt’s story thus far gives only what is needed to keep curiosity peaked, and is paced appropriately for a slow buildup to uncovering the who, what, where and why of a proper mystery.

Unsurprisingly, there are not enough compliments that can be payed to Jenkins’ art. His casual lines—complimented by a palette of watercolours that give the rural setting an appropriate texture—belie what dark truths hidden beneath his picturesque landscapes. I can’t wait for those truths to punch me in the gut! -Keli

To help celebrate the launch of Grass Kings, Tyler Jenkins will be appearing at Alpha Comics this Sunday to meet fans and sign his work. On top of providing the venue, Alpha has a limited supply of Grass Kings #1 variants, with cover art by Fiona Staples! Click here for more info on this event. 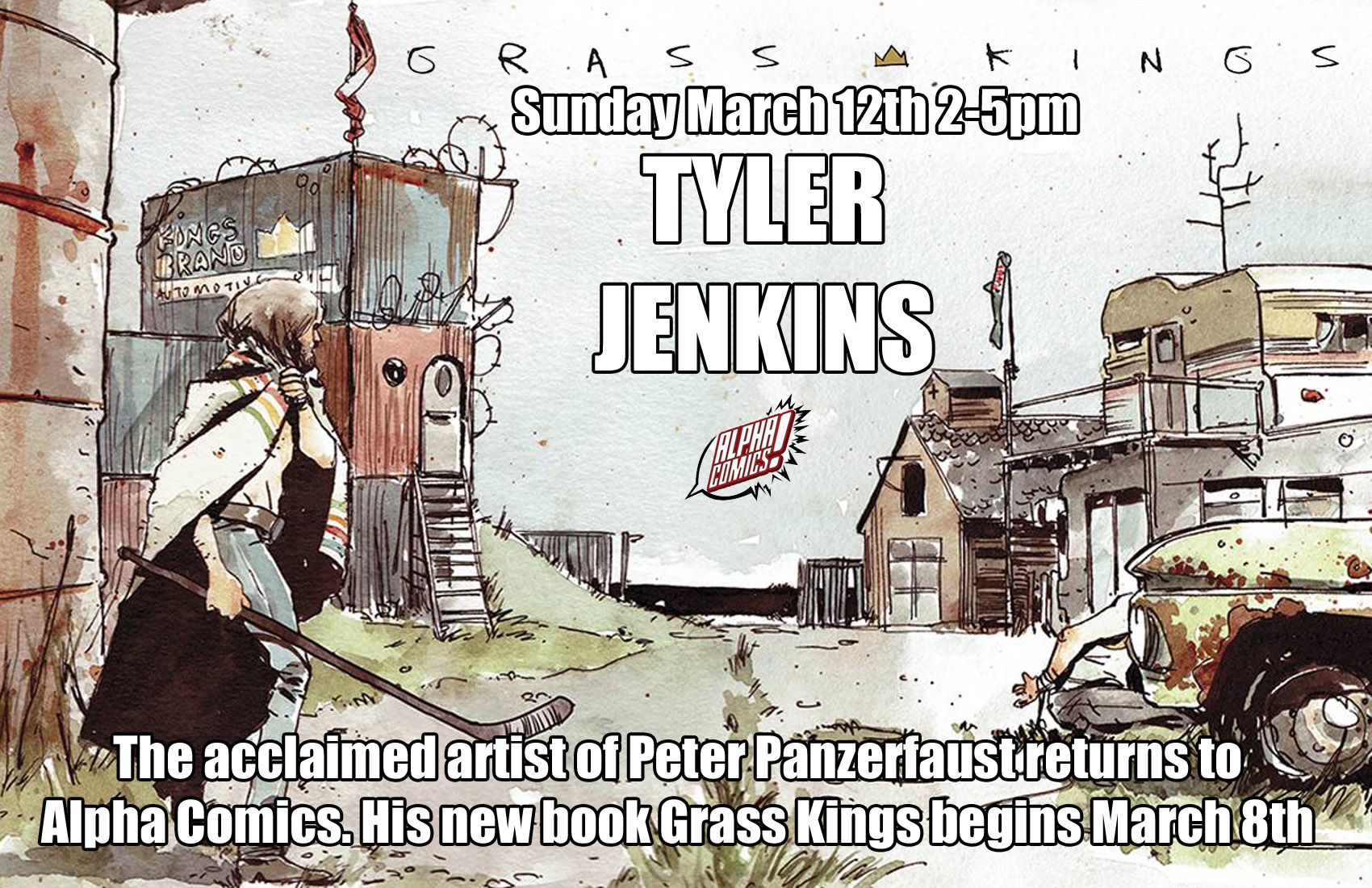 Tweet @kelthe80skid and let me know what you think of Grass Kings #1!