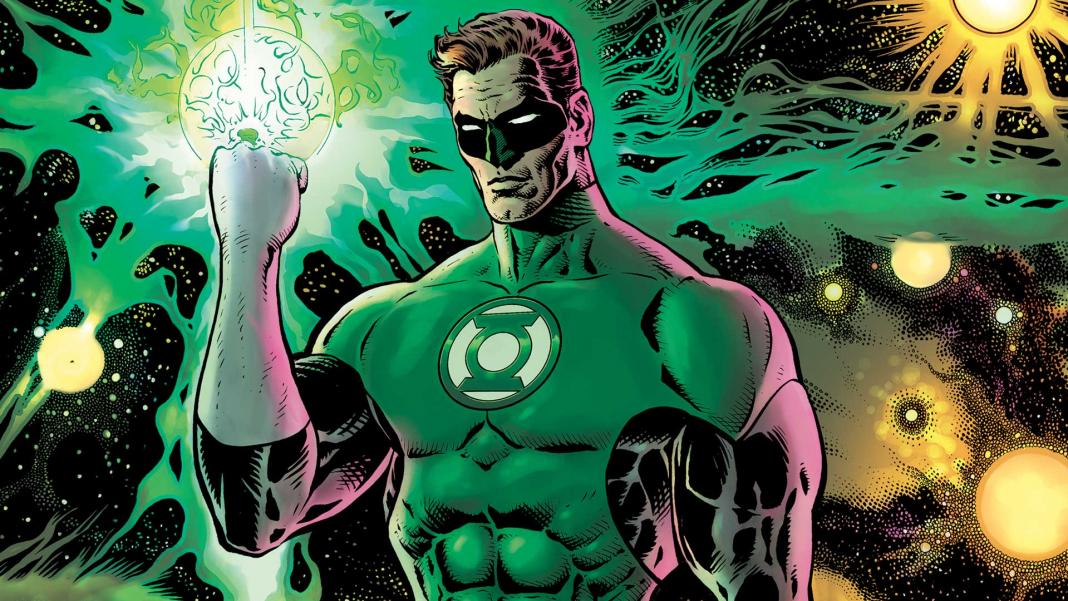 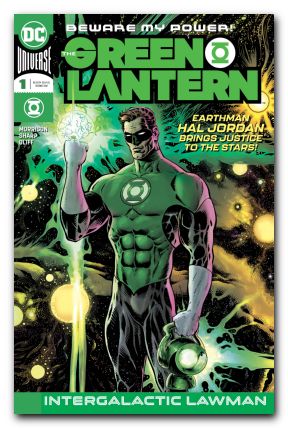 Writer: Grant Morrison
Artist: Liam Sharp
Publisher: DC
Type: Ongoing
From The Publisher: “Superstar writer Grant Morrison (Batman, All-Star Superman) returns to DC alongside red-hot artist Liam Sharp (The Brave and the Bold, Wonder Woman) to launch a new, ongoing series: THE GREEN LANTERN! In this debut issue, when Earth’s space cop, Hal Jordan, encounters an alien hiding in plain sight, it sets off a chain of events that rocks the Green Lantern Corps—and quite possibly the Multiverse at large—to its very core. There’s an inter-galactic conspiracy afoot, as well as a traitor in the GL Corps’ ranks, so strap in for more mind-bending adventures in this masterpiece in the making.”

Let’s Get This Party Started

This story centers on Hal Jordan, one of the oldest characters to carry the Green Lantern mantle.  Created in 1959 after the Green Lantern franchise had waned due to world war II, Hal replaced previous ring bearer, Alan Scott.   Hal was a test pilot that found a dying alien.  He was passed the ring and lantern and thus became part of the galaxy’s largest police force.  There was also a movie in the last decade or so about the lantern that tanked at the theater.  However, it appears to have been erased from history by Deadpool – so all is well.
The new series starts off running with a frenetic introduction to the lantern corps.  A group of lanterns is trying to capture pirates.  While they capture some of them, the boss escapes.  End of backstory. The art in this section is SUPER dense.  So dense in fact, that the panels have to be spread out on the page so the action doesn’t get confusing.  This is the perfect choice for this concept.   The story then takes a left turn, finding Hal Jordan banished back to earth by the corps and bored.   However, in a historic redux of Hal’s history, he ends up fighting a band of mercenaries and finding an injured lantern.  And an interesting way of “rebooting” the series without actually doing it.

As far as the writing, it took me some time to get used to the multiple “languages” used in the dialog.  The introduction section of the book is so exuberant that it gets a little confusing at times.  It feels that it might be by design.  As a result, when the Hal Jordan section starts, the book starts to fall into a groove.  The overall story entices the reader to get into the next book without giving too much away.   Morrison seems to be well paired with this book.
If you have any interest in the Green Lantern concept, now is the perfect jumping on point.  Maybe you didn’t like the movie that should not have been made: ignore that and buy this book. If none of those things tickle your fancy: SPACE COPS.  Come on!
© 2021: Alpha Comics - Calgary, Alberta, Canada