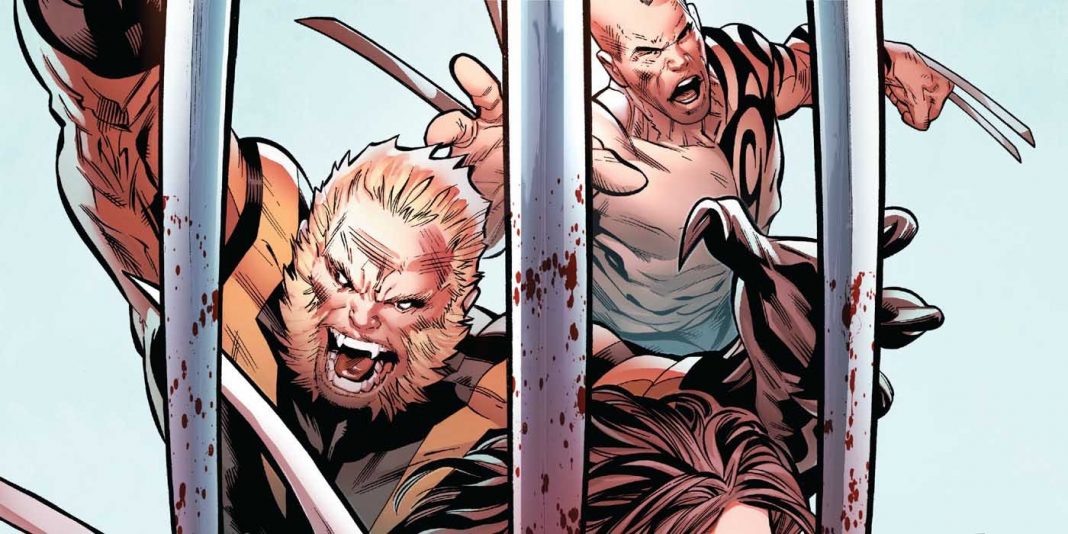 Hunt For Wolverine – The Claws of a Killer

From the publisher: KEEP YOUR FRIENDS DEAD, BUT YOUR ENEMIES DEADER! As word spreads that Wolverine may have returned from the grave, a handful of his greatest adversaries come together to track him down and put him back there. But the brutal and horrific nightmare that SABRETOOTH, LADY DEATHSTRIKE and DAKEN uncover could lead to even more death than even these vicious killers can handle.

The story starts out with a power outage in a small town.  The town’s folk are mildly concerned.  This happens all the time.  And then, SNIKT, people are dead.  SNIKT, there’s a bright beam.  SNIKT, everyone appears to be dead.  There’s black ops and a zombie Wolverine – what else do you need?

You need a story that makes sense.  If it’s the Walking Dead, then zombies are ok.  For everyone else – Zombies are DONE.  Wolverine has always been about the moody sideburns that is doing what is best for the team.  There’s always been humanity to good old Wolvie.  But this story?  Makes. No. Sense.  Either bring Wolverine back as a reboot or rehash – but to pigeonhole him into a bored trope is quite honestly unsatisfying to say the least.

The art is dark and brooding – so based on the concept of the book – it works.  Jackson “Butch” Guice has provided the art for this book.  Butch has been doing this since the 80s doing Captain America, Superman, and Action Comics.  So he has the pedigree to do his best for the product that has been put in front of him.

Marvel has made a mistake by having several 4 part Wolverine series happening all at the same time.  Die hard Wolverine fans will eat this stuff up.  But when you are working to get new fans to jump on – its such a diffused approach that will only alienate a potential comic customer.  If you are a fan of Zombies, you will get enjoyment out of this book.  And you aren’t took involved if you fall out of love – its only 4 books total for the Claws run.