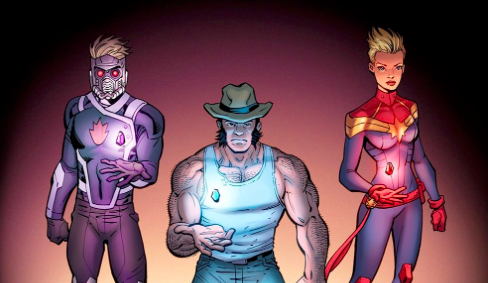 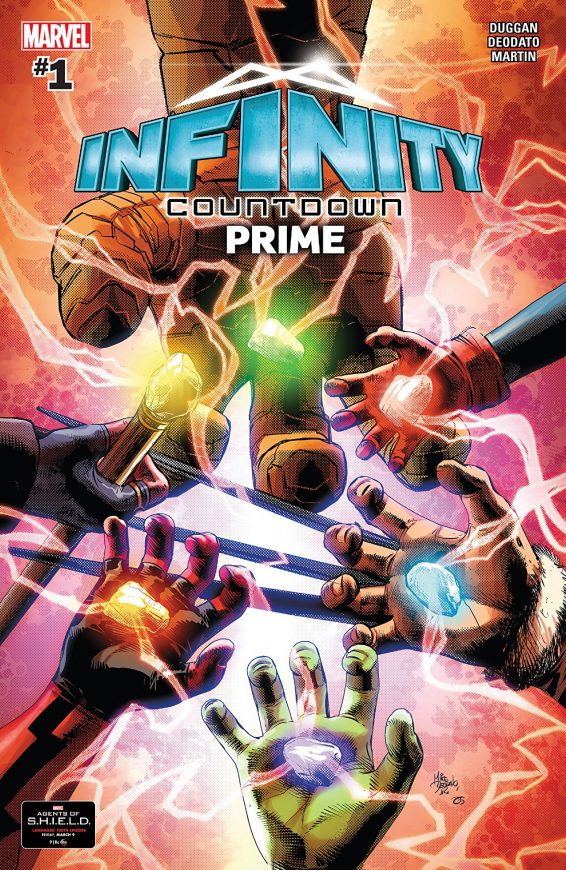 From The Publisher: “The Infinity Stones. Individually, they grant their wielder great power. Together, they grant the power of a god. Newly reformed and scattered throughout the universe, these artifacts allow the ones who claim them their heart’s desire. Now, as their locations are discovered, forces converge for a battle that will begin the universe down a dark path to the END. Jump onto this exciting ride that will lead to the biggest Infinity yet!”

I had to read this one twice before writing anything about it.  Any book that has Loki scratching Old Man Logan to make sure he was not an imposter has potential (and for fun Logan impales Loki to make sure he is “real” – comedy gold).  This book is basically a primer for the upcoming Infinity Countdown series – with a quick story to explain where the stones are currently (spoiler – Logan has one BAMF!) as well as a short section on the origin of the stones.

The reason I had to go back and read it again is the pure density of the characters that are touched upon.  The book includes a great deal of the main characters including Adam Warlock, Loki, Ultron / Hank Pym, and Gamora among others.    Then I realized, much like Venom Inc, Prime is basically what Marvel is calling the #0 books of recent memory.  These books provide non-core story information that makes it easier to jump in when the event starts.  In this case, launching Infinity Countdown (with announced Tie-ins across Captain Marvel, Daredevil and Darkhawk).  The only reference I found online as to what books are included is in the image below.  If you are getting onboard with Infinity Countdown – this is where you start! 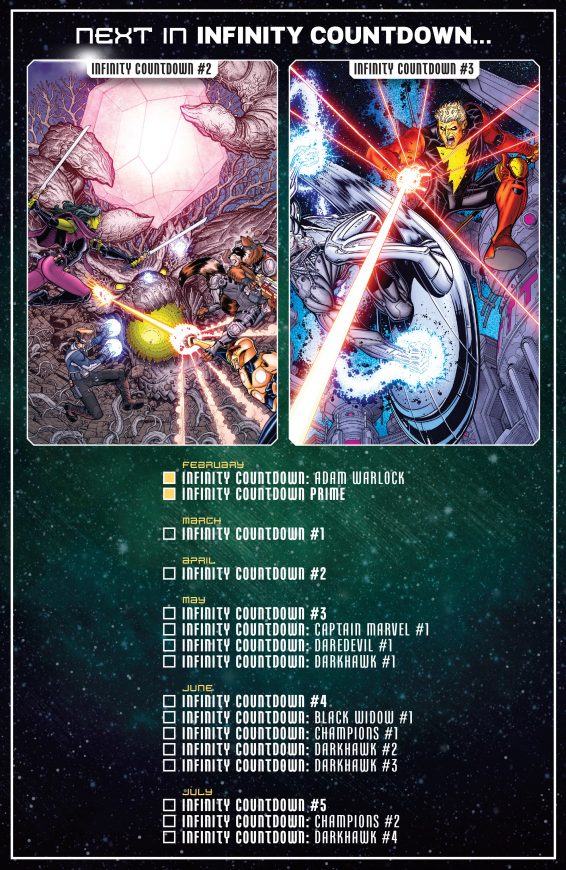