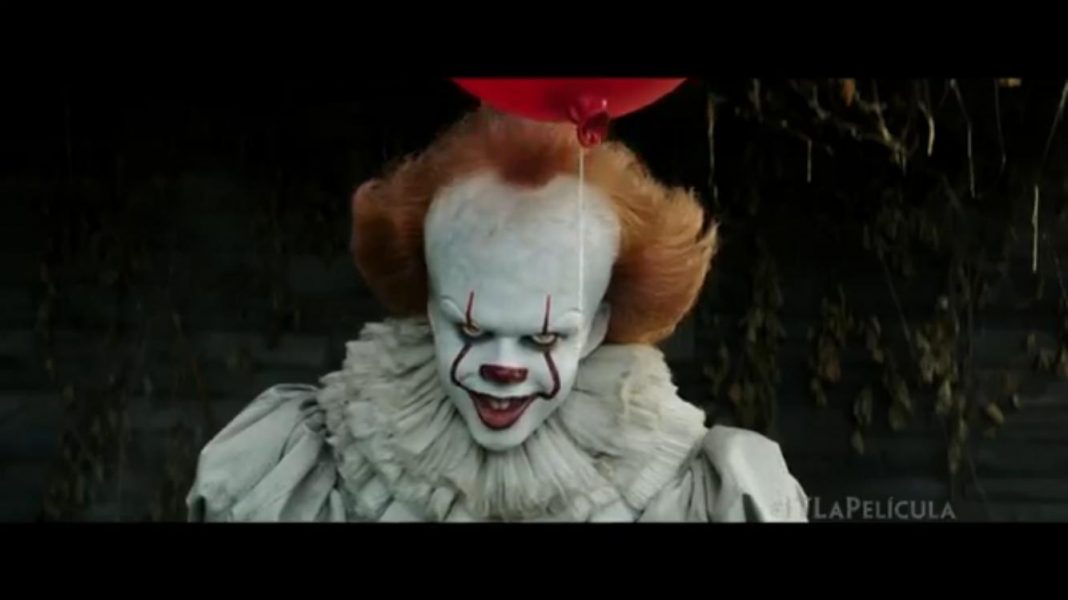 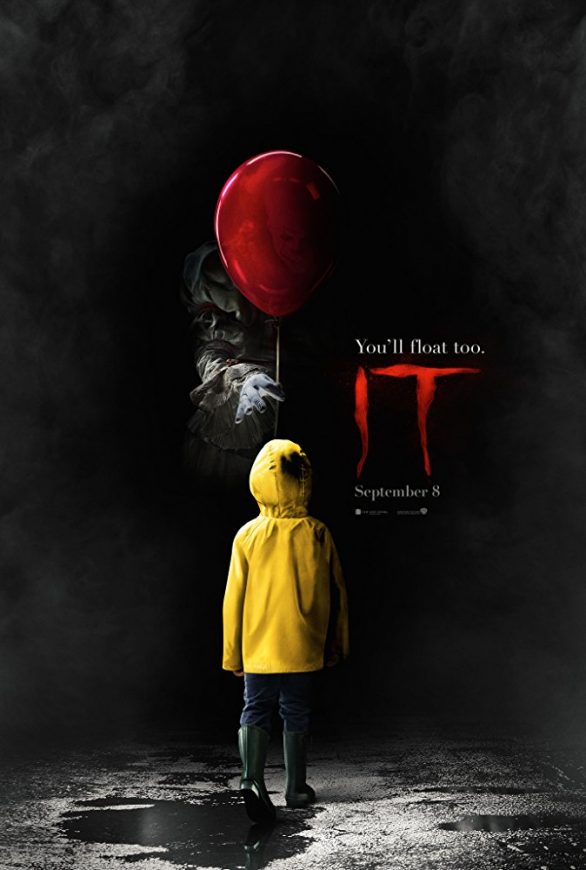 Back some 27 years ago TV viewers were presented with an all new look at clowns in the form of Pennywise The Dancing Clown.  Played by Tim Curry – the two episode series is known for the clown’s presence and slightly campy portrayal.  Its no secret that Pennywise comes back every 27 years and here we are – the IT remake on the big screen.

Instead of the 60s, these kids are in the late 80s with all the tropes involved with that time. However, all the main players are there – Billy, Beverly, Ben, Ritchie, Eddie, Stanley and Mike.  As an ensemble, these kids play the parts well and come off having a great camaraderie.  It’s more than a little unnerving that the bully Henry looks an awful lot like the original actor from the TV movie.  You believe these kids are weak alone but strong together.  And the kibitzing between them is genuine and funny (alternating between well timed swearing and Ritchie’s mom jokes).

Pennywise, played by Bill Skarsgård, is a well designed set piece for this recreation.  Whereas Curry’s version played on a campy over the top style, the current version is much more varied and dynamic.  You enjoy seeing the character move between quiet moments of playfulness to full out psychotic outburst.  And while the scares are mostly the jump style – there are a few moments that play really well and creep up on you.

“IT” is Worth Your Time

The comparisons to Stranger Things, besides actor Finn Wolfhard, are relevant to this version.  But for all intents and purposes: IT did it first.  And now – IT does it again.  Do yourself a favour and see this in the theatre.  This doesn’t require 3D or other nonsense to be good – old fashioned 2D works just fine.

We all float down here…

Special thanks to Alpha Comics for sending a group of us die-hard comic nerds to the show.  I know all of us enjoyed the outing immensely.