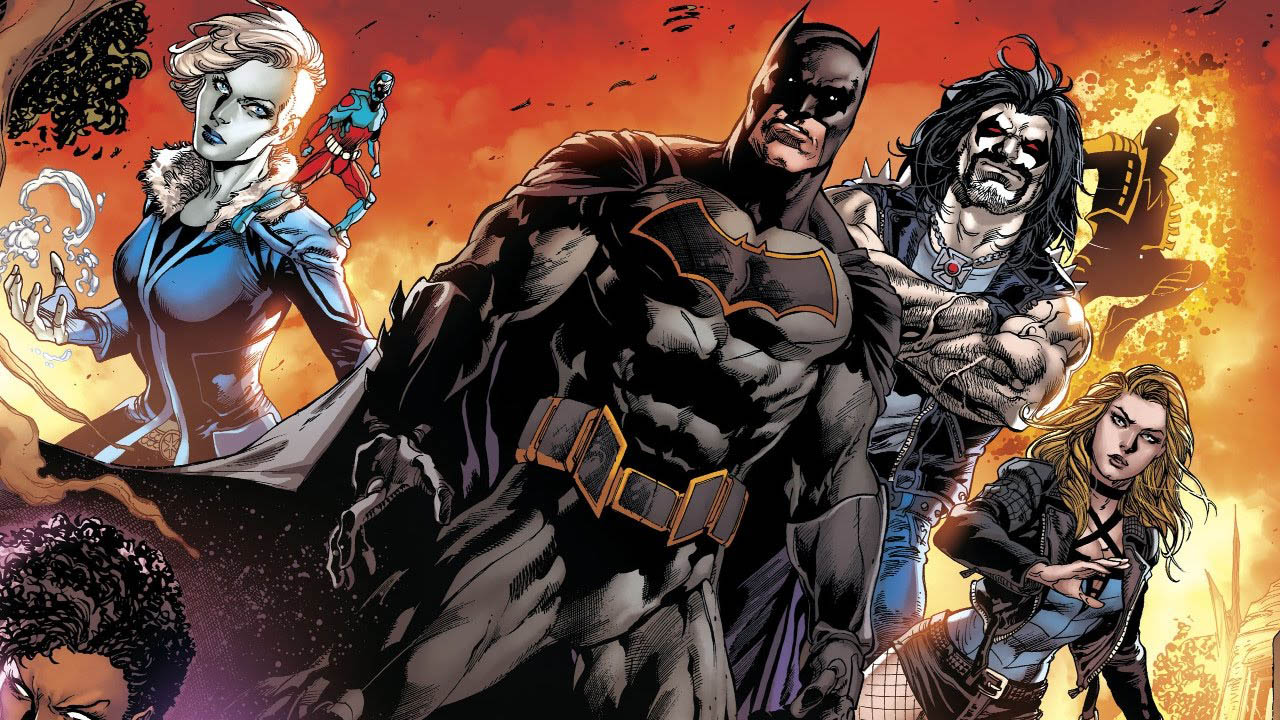 Coming straight off the heels of the Justice League VS. Suicide Squad finale, Justice League of America Rebirth #1 sees Batman creating a team of heroes predicated on a new found philosophy.

While the classic JLA is constituted of a contemporary pantheon of gods, Batman wants to show humanity they can be the heroes with a League of mortals they can more closely relate to. The team includes Black Canary, a newly reformed Killer Frost, the Atom (Ray Palmer’s assistant Ryan Choi), Vixen, the Ray and Lobo… Wait, what?! Oh who cares, Lobo’s back baby! Calling out bastiches and smoking cigarettes no less. As alluded to here, it will be fun times watching the interplay between “The Main Man” and “The Bat” going forward. The story (by Steve Orlando) is an exercise in by-the-numbers team building. It spends most of its time following Batman around as he recruits for his new cohort. This is the kind of series set-up found in other Rebirth one-shots. It merely introduces the premise before the first story-arc begins.

Ivan Reis’ art complies with—what I have to come to think of as—the DC house style, and he does it well. His work here is strongest when the subject is the focus of the page or in a tight close-up. In comparison, faces and figures seem to lose their form as the framing gets wider. This variance does not detract from the art as a whole—but you begin to notice this loss of detail escalate as the book progresses. The inking is uniform, in spite of a two man job by Joe Prado and Oclair Albert. It is always nice to get a consistent product when the art team starts to expand.

It is yet to be seen if this issue will qualify as essential reading. For those who are curious and looking to fill in the gaps before the series proper, I say pick it up ya fraggin’ bastich! –Keli 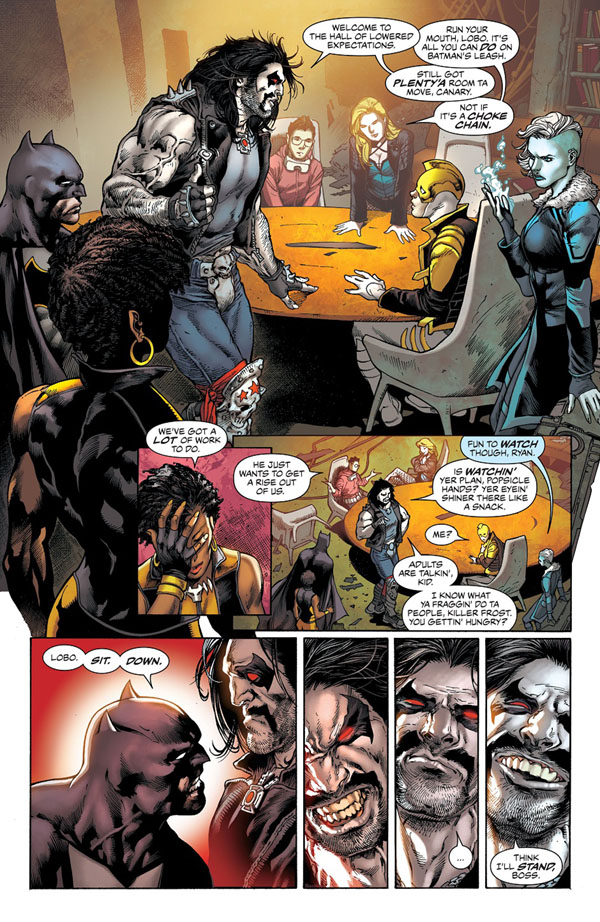