Home Reviews Reviews by the 80's kid The King Of Kong: A Fist Full Of Apes
Facebook
Twitter 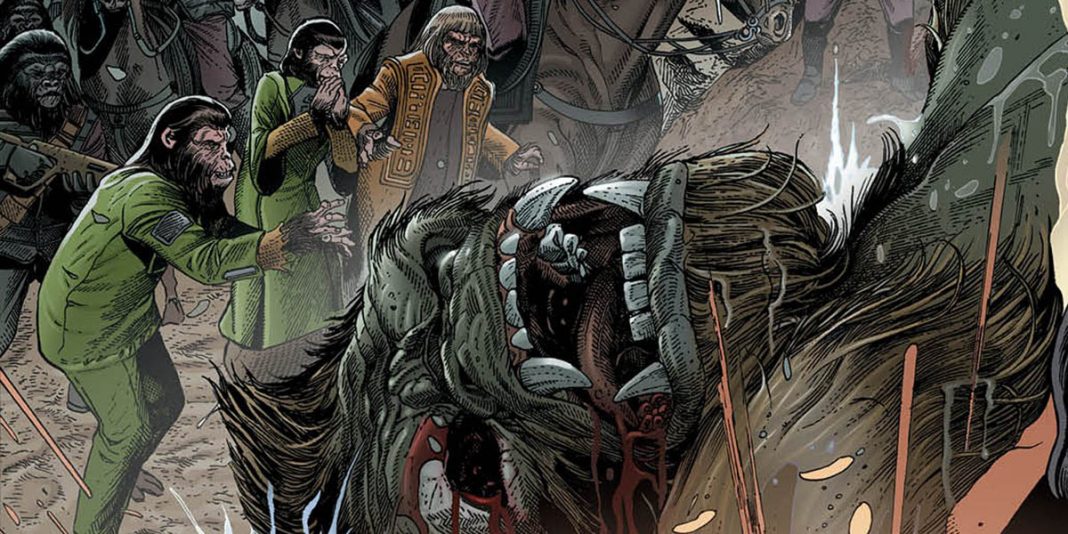 Kong on the Planet of the Apes #1

The carcass of a giant ape has washed up on the shores of the Forbidden Zone, leaving the council of Ape City to query its meaning. For Doctor Zaius it is a sign, but he will need to lead a dangerous expedition in search of the titan’s origin to find what he seeks: evidence of an ape God, and new purpose to unite his fractured people under. 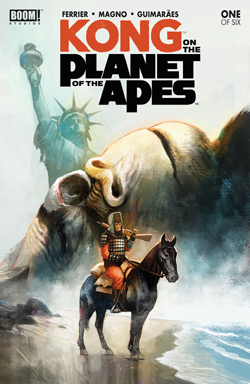 Kong on the Planet of the Apes #1 is the first issue in a mini-series whose simian-synergy if off the Kong-sized-primate-scale! Written by Calgary’s own Ryan Ferrier, the story brings these two franchises together in a compelling way that doesn’t trample on their established continuity. There’s a lot to setup in this opening installment and Ferrier does so deftly. Likewise, the sequential skills of artist Carlos Magno pull their weight in delivering an enjoyable read, the style fittingly fitting my memory of the original Planet of the Apes film. I haven’t seen it in ages or read any Apes comics that may have been published recently, yet I never felt lost, and I imagine fans of the franchise will be pleased with the treatment it receives.

All things being equal, I probably wouldn’t think to pick this book off the shelf, but the way the I.P. is handled definitely makes up for any lack of latent interest. I would recommend this book to both fans of the material and those just looking for a cool read. Now take your stinking paws off me you damn dirty ape! (I couldn’t think of a clever way to work that in.) -Keli 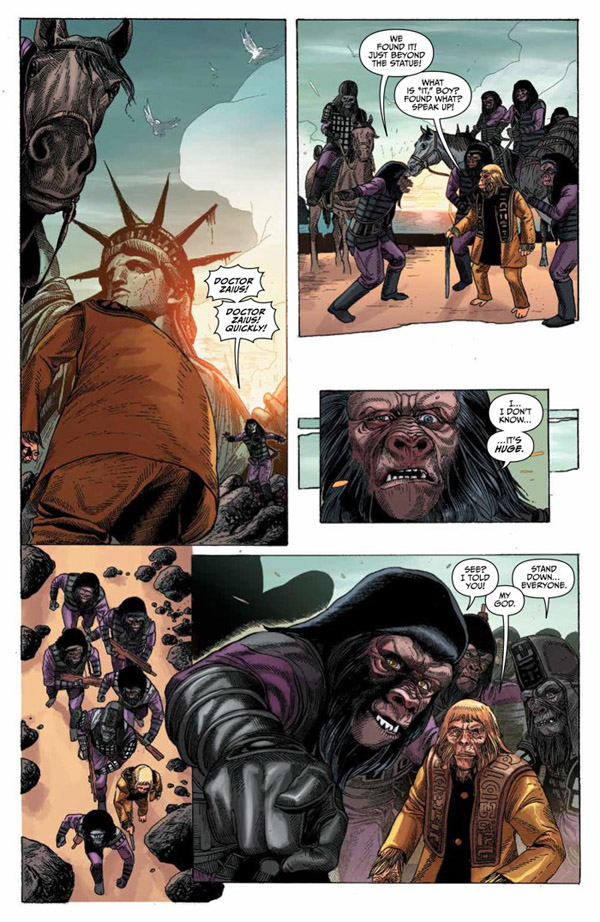