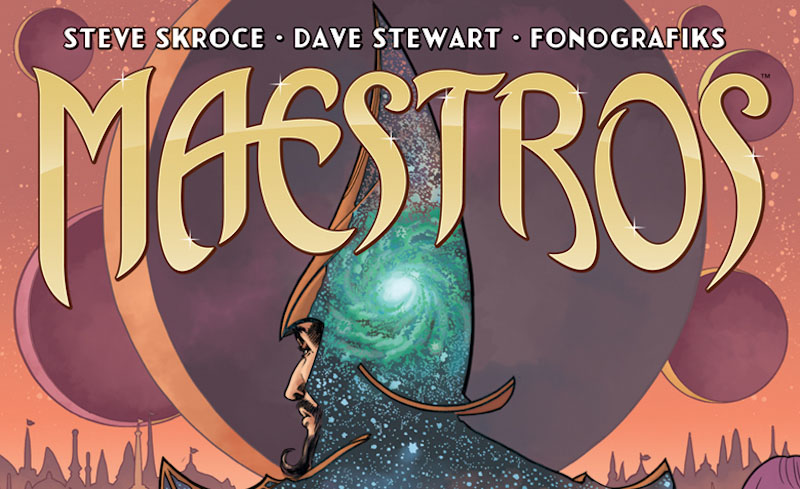 Written and Drawn by Steve Skroce

Long imprisoned, the evil wizard Mardok has escaped to take revenge on the bloodline of Kahzar. Having eliminated the royal family, he now seeks the sole remaining heir of that lineage. For this Mardok must travel to Earth, where the previous Maestro’s scion was banished to make a living conjuring nine inch erections for rich oil tycoons. This ain’t the wizarding world of Harry Potter kids. No sir, this is the world of the Maestros. 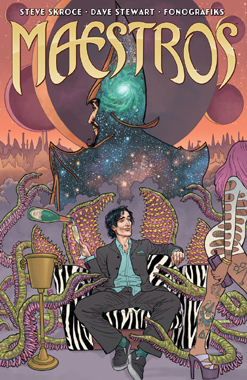 From Image Comics come Maestros #1, the first issue in a new series written and drawn by Steve Skroce, who you’ll recall collaborated with Brian K. Vaughan for We Stand On Guard. I would describe Maestros as somewhere between an 80’s, Jim Henson fantasy film; airbrushed van art; and a dirty zine from the red-light district. While Skroce draws the hell out of it—each panel a feast for the senses—the writing is also pretty damn fine. It’s the humour that really rounds out this kaleidoscope of cross-dimensional magic, sex and violence.

If that sounds like your bag then I would recommend giving Maestros a read. It’s always cool to see a creator helm the writing and visuals of their own story. Although Skroce’s creative voice may be a little trippy for some, the up side is that the drugs have been taken for you. Far-out! -Keli 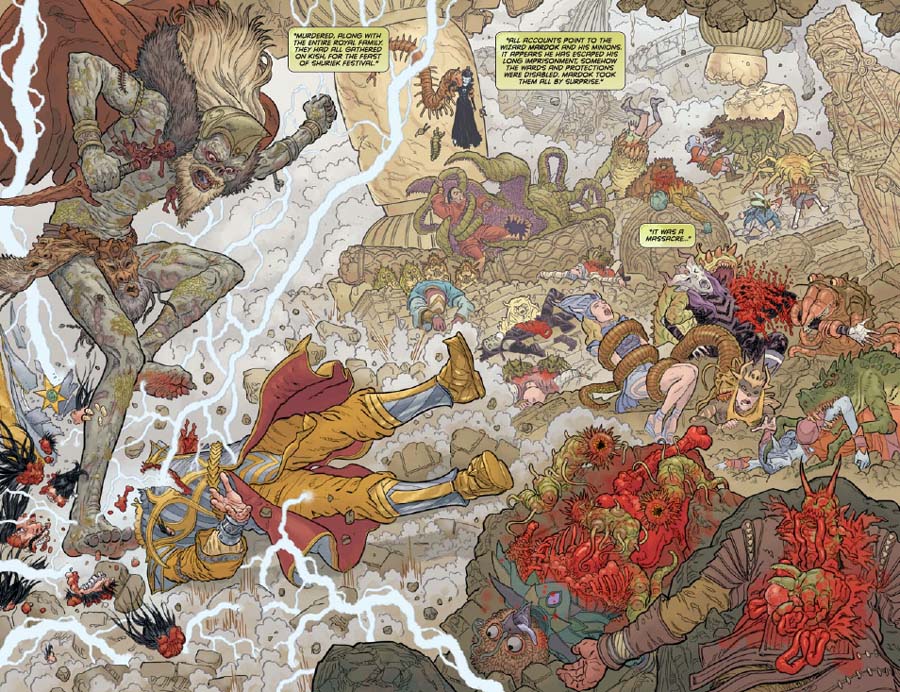