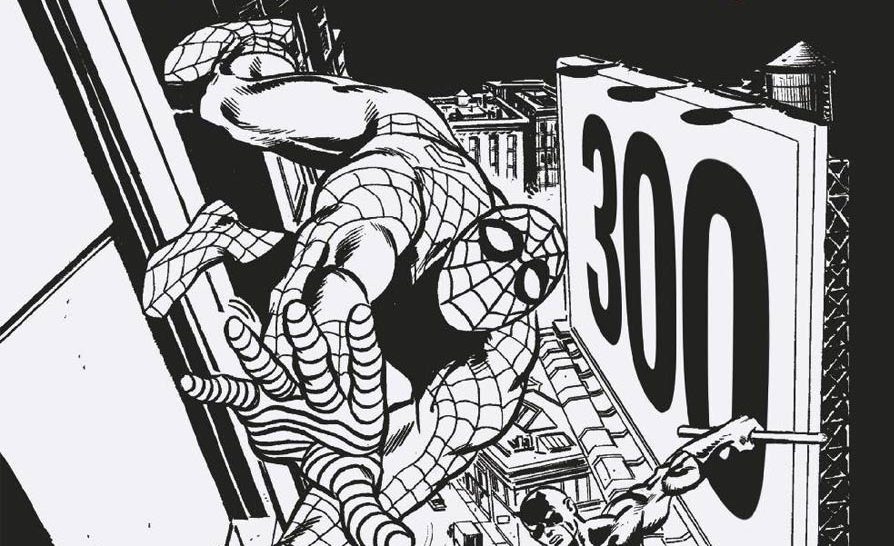 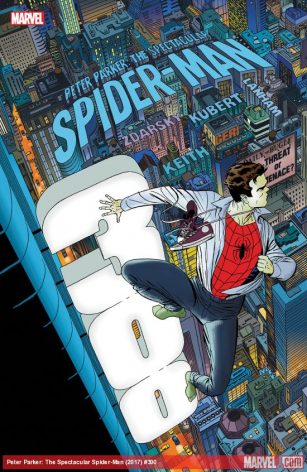 From the Publisher: “An oversized anniversary epic, told the only way your pre-eminent pals in the Spidey-Office know how — in the Mighty Marvel Manner! For weeks, the Tinkerer has been launching a campaign against his do-gooder brother, the Mason, and Spidey’s nearly met his maker more than once trying to stop their sibling rivalry! With a little help from a tech-heavy team of Marvel heroes, Spider-Man takes the fight directly to Tinkerer! But Tinkerer’s got tech of his own…and it’s out of this world!”

Peter Parker The Spectacular Spider-man debuted in 1976 by Gerry Conway with art by Sal Buscema and Mike Esposito.  Conway created the comic so he could be on a Spider-man book without taking a job from Len Wein (who was on Amazing Spider-man at the time).  Conway wanted to create a book about Peter’s social life and the surrounding characters.  That run ended in Nov 1998 with issue 263.  In September 2003, Marvel launched Spectacular Spider-man Vol 2. written by Paul Jenkins with art by Humberto Ramos and Mark Buckingham.  That run ended in June 2005.  The current run, once again called Peter Parker: The Spectacular Spider-man (Vol 3.) was launched in June 2017 with Chip Zdarsky writing and art by Adam Kubert.  Marvel Legacy reverted to old numbering in the last 8 or 9 books and thus, 300.

This book is a dense read right off the hop.  Zdarsky is working diligently to end the Tinkerer storyline.  In addition, he’s trying to launch into the next story arc involving some of Dr. Dooms old tech.  The book is still sarcastic and fun, but there really is a lot of characters to follow including IronHeart, Hawkeye, Johnny Storm, Vulture, Shocker, Black Panther, and many more.  These types of books are really quite an event but end up losing the story ever so slightly in all that eye candy.  The event books do it quite often and I write it off to event-fever: I can do it so I should do it.  Not bad – just not as good as normal where the story and dialog can breath.

The book also provides a gallery of the previous covers as well as a Black Cat short story.  The Black Cat story seems like an afterthought to this book.  If there’s a plan for it, it’s incredibly hard to see how.  The story is just so mean and deflating to Spider-man.  Certainly odd.

If you’ve been ready Spectacular over the last half year or so, you know what to expect.  If not – this is a great time to jump in.