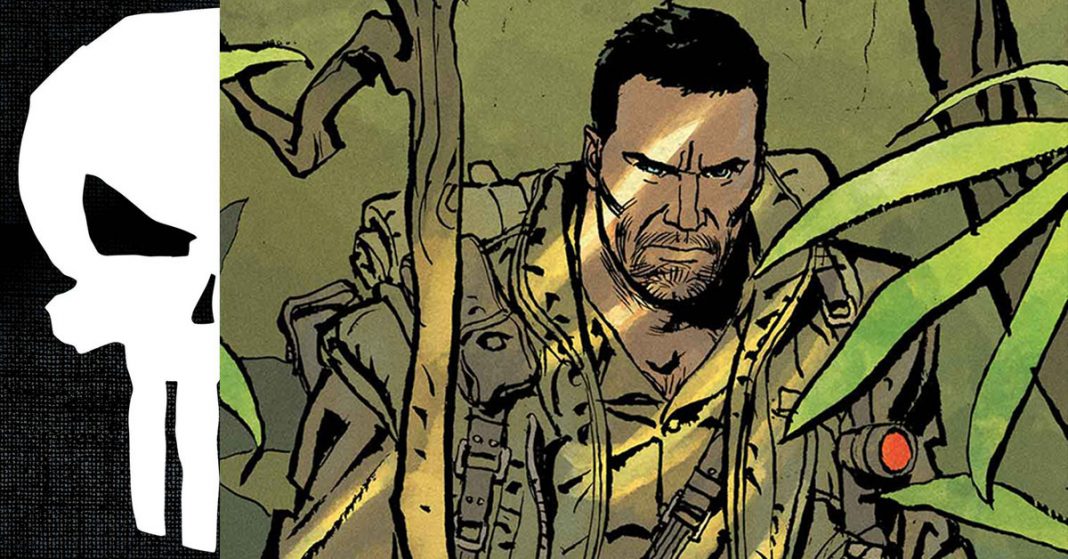 I’ve been watching The Vietnam War, a new PBS documentary by Ken Burns, which goes to great lengths in its attempt to understand that controversial conflict (if you have 18 hours to spare I highly recommend it). I’ve also been anticipating the release of The Punisher series on Netflix. How appropriate then that today I’m reading Punisher: The Platoon #1, a new mini-series that looks to explore Frank Castle’s first tour-of-duty during the Vietnam War. Sometimes my interests converge in unexpected ways: chocolate, meet peanut butter. 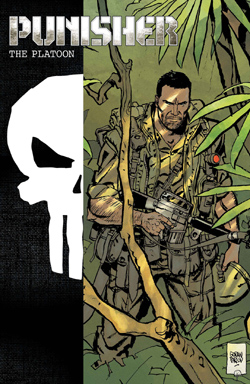 In the corner of a dimly lit bar, a writer seeks to chronicle Lt. Castle’s first command as recounted by the men who served under him. You see, The Punisher was forged not only by the murder of his family, but by his time in Vietnam as well. How did his first stint ‘in country’ affect him; who was his first kill; and what events lead him to the massacre at Firebase Valley Forge?

Garth Ennis is back to pen the precursor to The Punisher: Born, his portrayal of Castle’s final days in the war. That story, as with this one, comes under the MAX Comics imprint, signifying a series with adult sensibilities. This is a war comic more than anything else, the dialogue and visuals depicting the period occupied by its characters with detailed accuracy. Artist Goran Parlov handles the latter brilliantly, bringing the creative team’s effort to an A+.

Punisher: The Platoon #1 is a character study of U.S. soldiers during the Vietnam War, one of which just happens to become a vigilante in a world full of costumed superheroes. It has a feel that doesn’t lend itself to the rest of the Marvel Universe. Maybe a resurgence of the MAX line is exactly what Marvel needs to wash away the stagnation in its storytelling. To that extent, this comic does more than anything I’ve seen from the Legacy relaunch thus far. -Keli 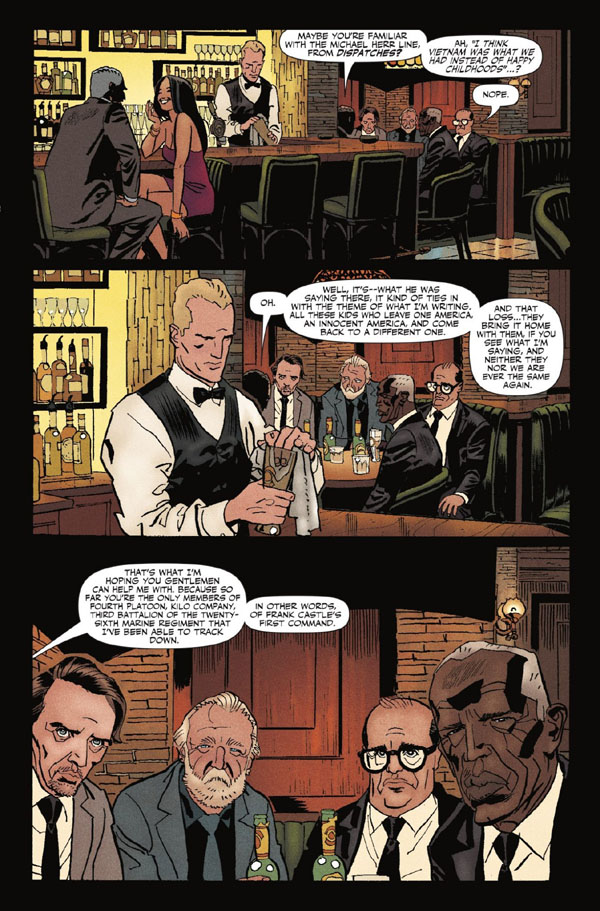