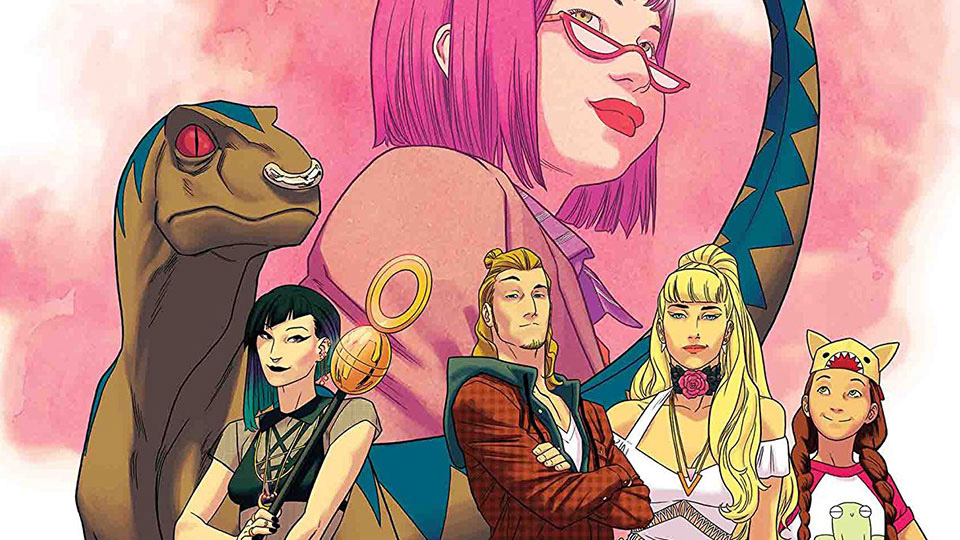 Confession: I’ve never read a Runaways comic, until today that is. It’s a series I’ve heard fellow comic nerds gush over, and with a TV series hitting Hulu in 2017 (Showcase for us Canadians in 2018) now is as good a time as ever to give it a go! 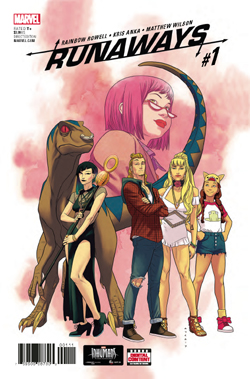 The Runaways are childhood friends who only saw each other when their parents got together for an annual event. Turns out these parties were a front for a clandestine supervillain society! So the Runaways ran away to hone their inherited powers and put an end to their parents’ tyranny. Poetic justice for every time they were sent to their room without dessert.

Issue #1 of this new volume doesn’t waste any time re-establishing the characters or ponderously delivering exposition to get you caught up. Rather, it dives immediately into the deep-end as two members of the team reunite to save the life of a third. At no point did I feel like my being unfamiliar with the previous volumes was a hindrance to my enjoyment of this issue. The focus on what’s happening on the page is so sharp that there is no room to get bogged down in what’s come before. Writer Rainbow Rowell does a great job of giving us newcomers the information we need without being heavy handed.

The art is also top-notch, making Runaways #1 a safe recommendation even if the buzz for this franchise hasn’t caught your attention up to this point. To that point—between this issue and my research into the franchise—catching up on the trades is in the mail. -Keli 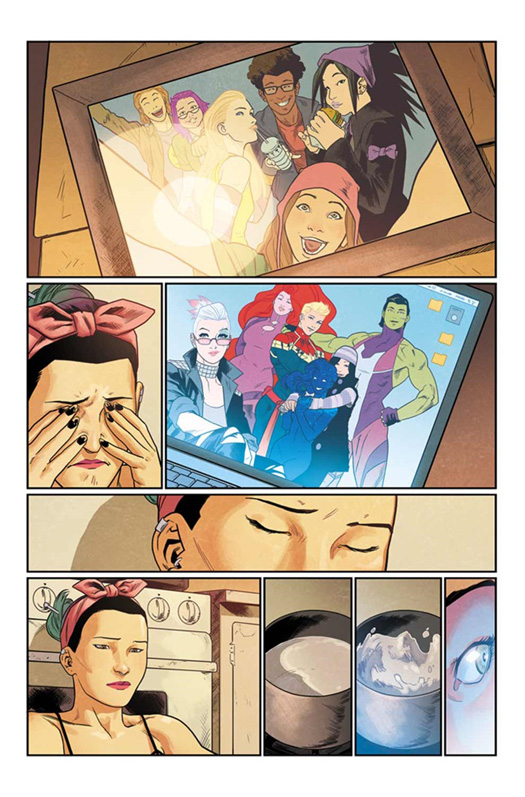