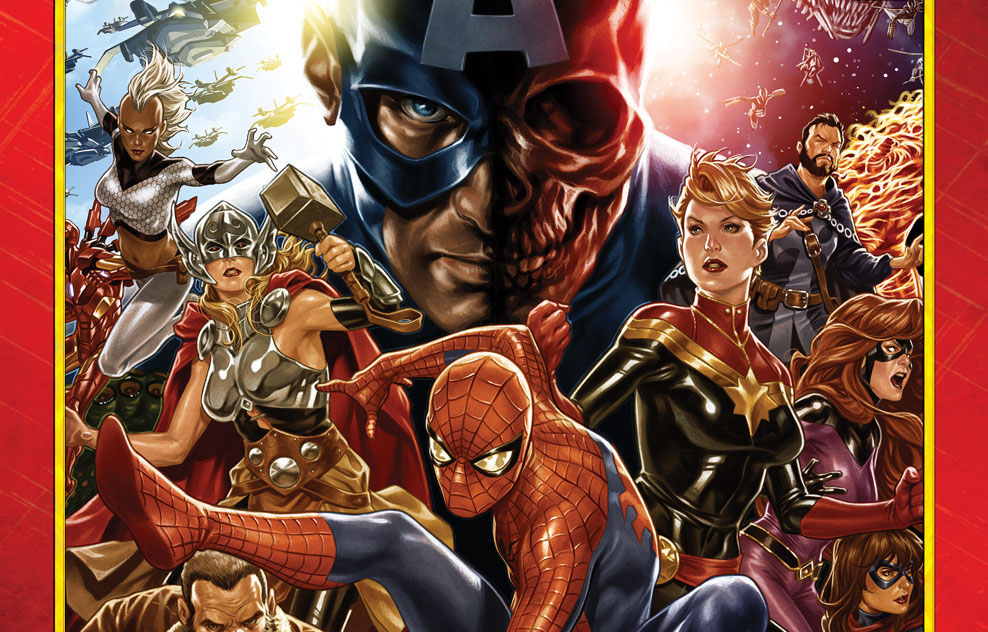 If you haven’t read issue #0 yet, or haven’t been following all that has transpired over the course of Captain America: Steve Rogers up to this point, the first installment of Marvel’s latest crossover-event might leave you feeling a little disorientated. 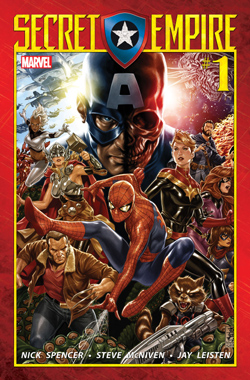 While issue #0 left off with the imminent takeover of the U.S. capital and Cap finally revealing himself to the world as an agent of Hydra, this issue jumps ahead to the aforementioned terrorist organization having settled into governance of their newly acquired nation. Children are now taught the “correct” version of history as established in issue #0’s prologue, one in which the Allies used the Cosmic Cube at the end of WWII to alter reality so that they would not lose the war. It is still unclear whether this is a revelation which has just come to light within the Marvel U, or if history has been retconned along with Cap’s memories by Kobik (a sentient manifestation of the Cosmic Cube). It will be interesting to see how writer Nick Spencer resolves the whole reality-warping-affair without resorting to just reusing the Cube to alter it back again (deus ex machina anyone?).

Meanwhile, any heroes that have not been taken out of play have gone underground, and don’t seem to have much agency in resolving the situation they find themselves. Rather, the story focuses its attention on Cap’s leadership of Hydra and how things have progressed under his thumb. Speaking of, the biggest disappointment with Secret Empire so far is not only are things running pretty smoothly with Hydra at the helm (sure you’re not allowed to have your own opinion but who’s complaining when the trains run on time?) but Cap seems more like a benevolent dictator than the head of an evil empire. He is portrayed as conflicted and forlorn, although (and we’ll have to wait for the next issue to know for sure) the last page seems to rectify this problem. We can speculate as to whether the backlash from fans has made Marvel and Spencer walk back making Captain America an outright villain. Regardless, the value of strength and obedience used for the greater good may make for a more nuanced appraisal of dictatorships, but it likewise makes for lousy comic-book villainy.

On the art side, those hoping for Steve McNiven to hand it in on the level of Civil War will be left a little disappointed. McNiven’s usually detailed pencils are often undercut by the inking and drab colours. I don’t want to give off like this is an ugly book, it’s not. It’s just not going to blow your hair back. The intrigue of where Spencer is taking us and how he’ll bring us back is enough to keep me interested, but so far Secret Empire is off to an underwhelming start. -Keli 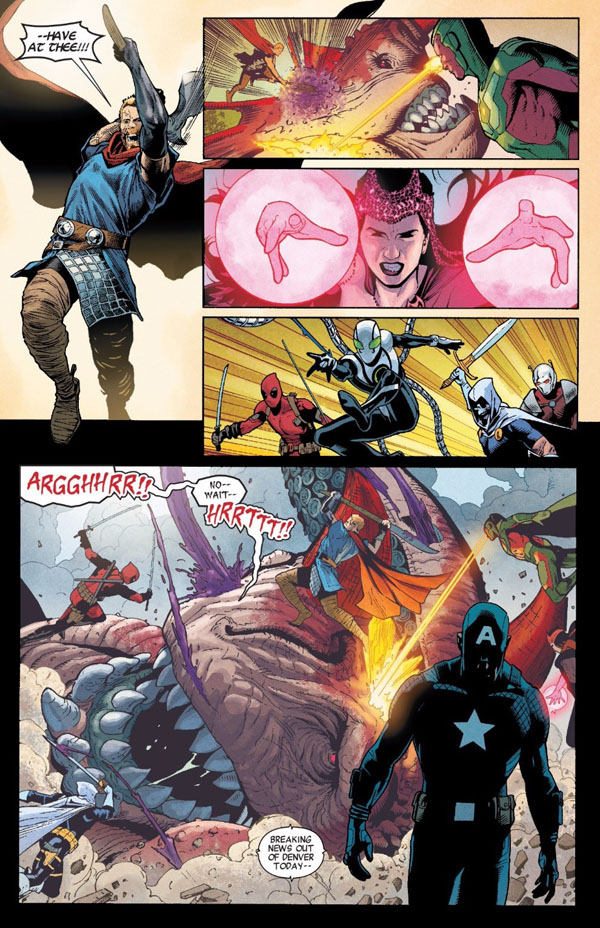