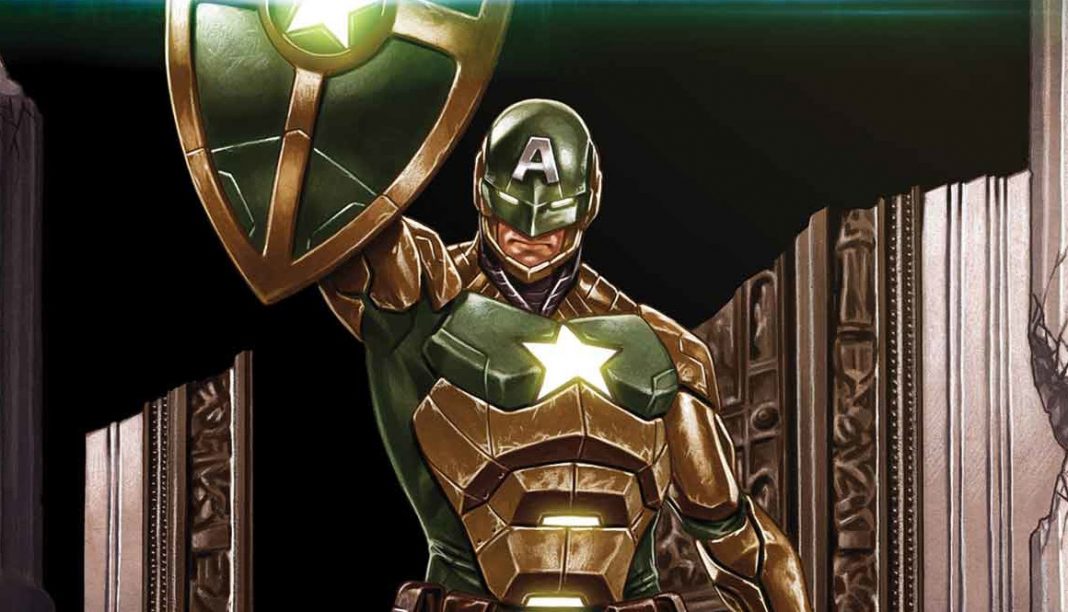 Secret Empire is over, and I for one am breathing a sigh of relief. The final issue brings with it a climatic showdown that—like much of this series—fails to deliver on the hype, or bring any real consequence for the Marvel Universe going forward. In other words, what’s the point? 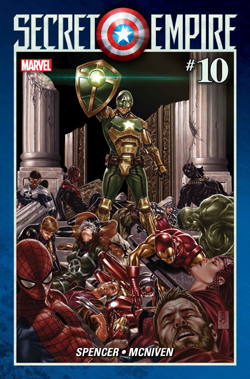 When I first approached Alpha with the idea of following this series through to completion, I had hoped to spend most of my time reflecting on plot and character progression. Unfortunately, the inconsistencies in story and art left me reacting to each issue in light of what preceded it, and my own expectations for what makes a good comic.

The concept of Captain America turning on his fellow superheroes to lead Hydra in a takeover of the United States sells itself in terms of creating a conflict by which characters can grow and change through adversity. The potential was visible in the first few issues, but with all of that creative weight on the front-end much of the setup failed to pay off, finale included. I liked the idea of the superhero community divided and put on its heels. The plight of those trapped on Manhatten—devoid of light and crawling with demonic creatures—as another group fights off wave after wave of alien invaders while marooned on an orbital space station, gave the conflict a sense of urgency. Their desperation was felt when the story spent time checking in on them, but lost priority to the main conflict between Hydra and the resistance. Both Tony Stark and Black Widow led separate teams in a bid to resolve the conflict by either reassembling the Cosmic Cube or assassinating Steve Rogers. Both plans would fail, only to be succeeded by another and then another, each more trite than what came before. By the time we get to the final showdown in issue #10 the creative juice has been sucked dry, leaving us with a typically reductive ending devoid of emotional payoff.

It would seem—at least in part—that Marvel was looking to avoid shipping delays by enlisting a small army of artists to render this series. Instead of just rotating them by issue, different artists were assigned to specific parts of the story (Rod Reis handles all of the scenes inside the Cosmic Cube/Kobik for example) while others filled in the gaps. Although not every issue was as visually fragmented as others, the final effect is a series with no aesthetic continuity. Issue #10 brings back artist Steve McNiven, and as with his last contribution the visuals feels rushed and uneven.

Secret Empire: Omega #1 will be required reading for anyone who wants a substantive look into the fallout of Stevil’s defeat and the road to recovery. While the upcoming Captain America series by Mark Waid and Chris Samnee will explore Roger’s journey to redemption, I imagine for the rest of the Marvel U it’s a return to business as usual. Kobik has sent the newest generation of heroes back in time to learn from the forbearers of their mantle; those experiences (explored in Generations) meant to elicit the tone of Marvel’s Legacy. But will anything really change in the yearly cycle of a crossover event leading to a line-wide relaunch? I think both reader and publisher confuse this pattern as part of the problem with the comicbook industry in recent years. If the stories were compelling and the art gorgeous to look at, would any of that matter? The industry has been experimenting with different ways to entice new readership and increase sales from the word go. To me, the solution is simple: put together the best creative talent and leave them alone to succeed or fail on their own merit, while readers discern which is which. In the case of Secret Empire, I think you know here I stand. -Keli