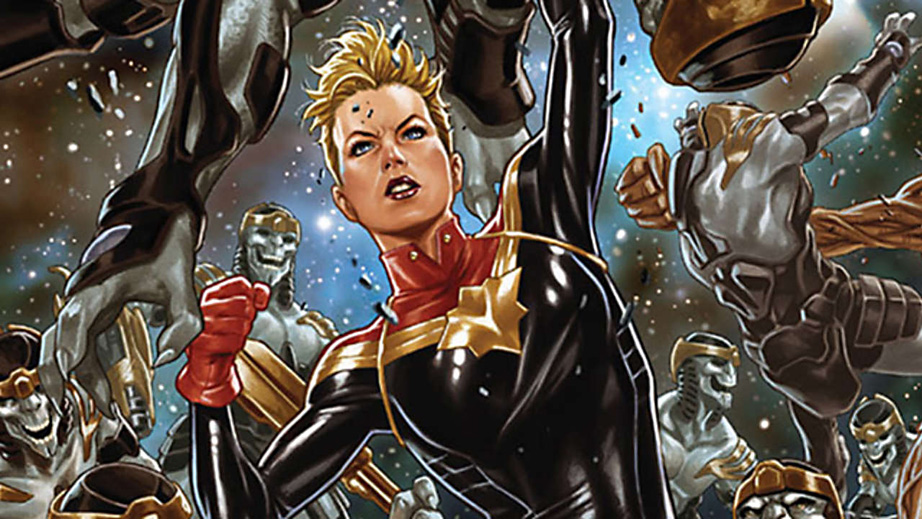 I get that this is only the third installment, but if you read issue #0 and the FCBD chapter as well, you might be feeling more frustrated than most at this juncture in the tale of Hydra Cap’s Secret Empire. 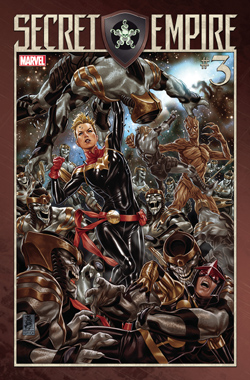 Although issue #2 set up some compelling plot threads, issue #3 pumps the brakes on moving them forward in any meaningful way. There are two reasons why I feel the story is failing to satisfy, the first being that there are too many separate narratives to give any one the attention it needs in a single issue. There are the heroes trapped on Manhattan; the plight of Captain Marvel and her cosmic crew out in space; two teams of heroes on earth, one training under Black Widow while the other is in a race with Hydra to recover Cosmic Cube fragments; and finally there is Steve—or Stevil (thanks for that Rocket)—and his disheveled doppelganger. All of these elements jockeying for panel space leads directly to the second problem, which is that everything I find compelling is being glossed over. With the small exception of Rick Jones’ execution, all the evil acts that Hydra has committed are either teased or alluded to, and what we are shown feels more like a benevolent dictatorship with some seriously fascist overtones. Kudos on raising the average academic performance on standardized test scores by the way. Hail Hydra! It just doesn’t compel the way you’d want a Hydra takeover of the world to.

As with last issue’s glance into the plight of those trapped on Manhattan, we get a few pages dedicated to the besieged Captain Marvel out in space. These two sideshows exhibit the most suspense in the entire story so far, and deserve their own individual series for all of their as yet explored potential. Most of the page time this round goes to the “race” to recover Cube fragments and/or pop a cap in Cap, neither of which gaining much ground other than the reveal of two new players that will hopefully stir things up next issue. Andrea Sorrentino and Rod Reis maintain the same calibre of AWESOME as they continue their respective duties on art.

It is still too early to call Secret Empire out—and anyone who’s read a Marvel crossover knows that some miss-steps come with the territory—but issue #3 does more to frustrate than build on what’s come before. Although a subjective assessment of what I’d hope to see more of might come across as pretty sour, this comic still offers grandiose twists and turns with cool concepts and fun art, delivering on exactly what it promises. ‘Nuff said! -Keli 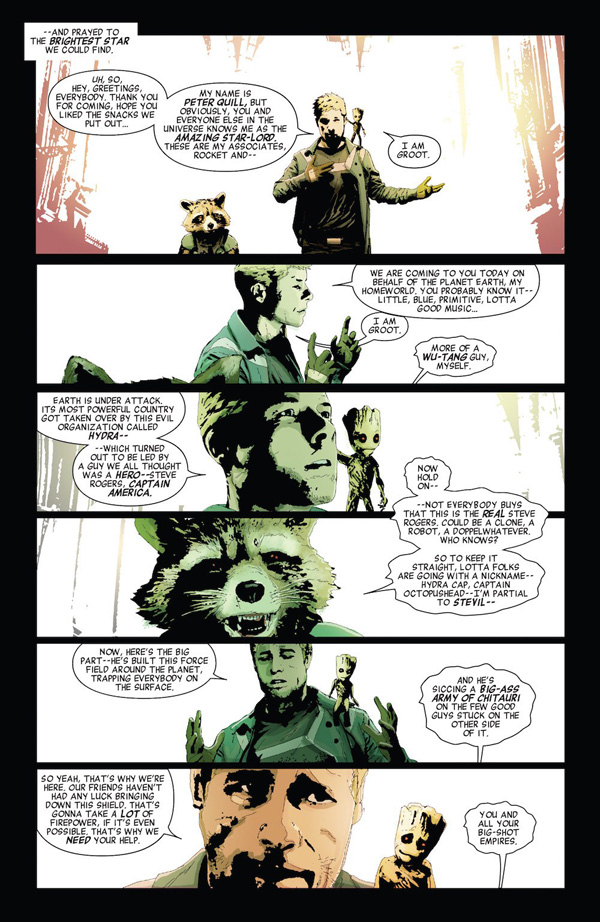 Got a different take? Tweet @kelthe80skid and let me know!