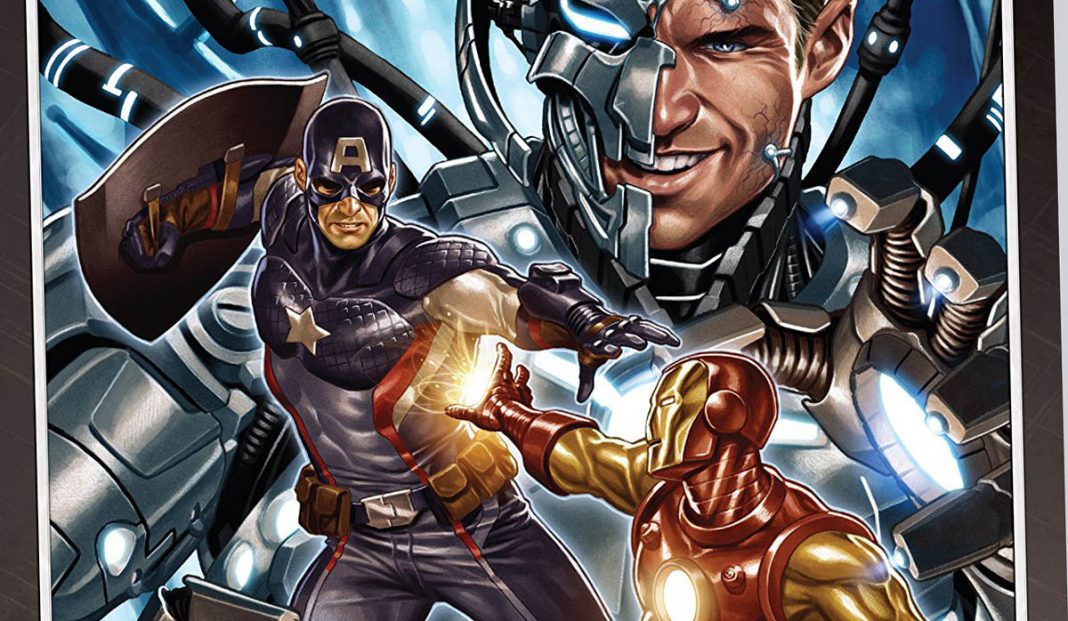 It was with some resignation that I sat down to tackle issue #4, having accepted Secret Empire is not what I expected or wanted. In the fight against fascist Stevil, I figured the story would continue to goose step along with what had come before. Wrong! 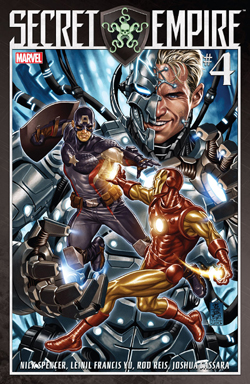 The ‘centerpiece’ of this issue is so odd and unexpected that it shook me out of apathy. Its weirdness is endearing to the degree that I was genuinely intrigued to see how it would play out, making this the most interesting issue of the series so far. In the larger context, these events don’t genuinely raise the tension or make the story feel any less disjointed. But like I said, I’m over that. Keep the writing unhinged Nick Spencer, your decent into madness is enjoyable to read.

I can no longer count on one hand how many artists have worked on this series since issue #0, but Leinil Francis Yu turns in some pretty decent pencils for his part. His style seems more appropriate for this issue than Sorrentino’s would. So chalk that up to another win. I think it is safe to say that Secret Empire has been a disappointment in different ways at different times.

And although issue #4 does not fix these ongoing problems, it manages to grab your attention in a way that is at least entertaining. If the rest of the series can deliver as much, then at least the ride won’t end in complete disaster. Oh the humanity! -Keli 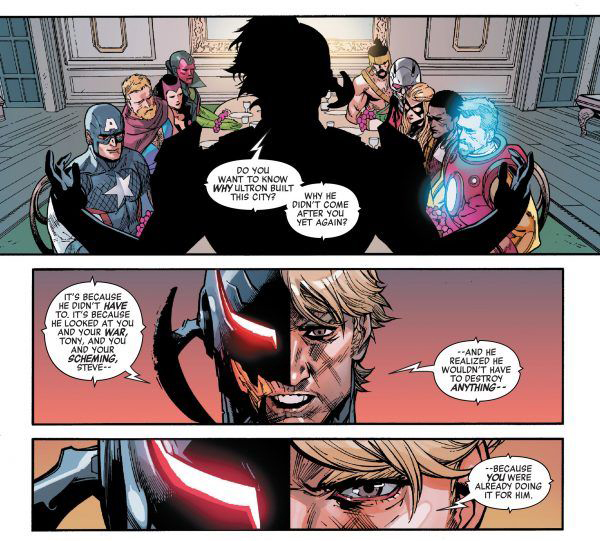