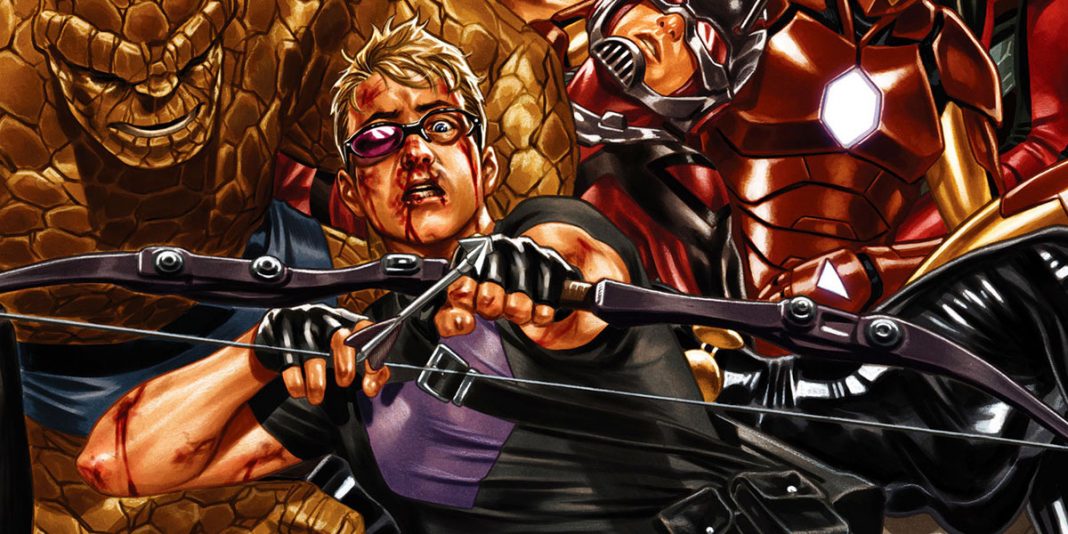 Secret Empire passes the halfway marker this week with the release of issue #5! After the detour that was Hank Pym/Ultron’s dining room, Nick Spencer realigns the narrative and adds a bit more pace to the proceedings; none more so than Iron Man’s mission to locate fragments of the Cosmic Cube. 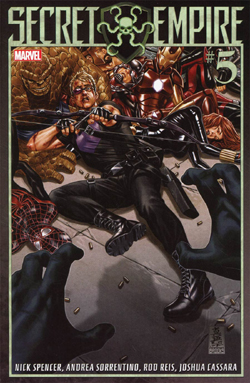 Stark and his team have been trotting the globe from Wakanda to the Savage Lands—but have come up short—forcing them to return home and regroup. It is from there that last issue’s cliffhanger pays off to the detriment of our heroes. Romanoff on the other hand is having better luck, enlisting an unlikely ally in her mission while her team rescues a geriatric who’s identity is not revealed. Could this be the real Steve Rogers, old and frail without the Super Soldier Serum? Maybe there are as many iterations of Captain America as there are cube fragments. We already have one leading Hydra while another is out fishing with his pals. I haven’t figured out what is going on with the latter, but the boys have their campout cut short when a face only a mother could love pops up to spoil the bromance.

The rest of the book sees Stevil taking care of business like the mover and shaker we know he can be. There is a great scene between him and Beast (the furry blue kind, acting as diplomat for the mutant nation of New Tian) that does a better job of painting him as the villain I want him to be than anything previous. Cap’s next play will involve the Scarlett Witch, Vision, Odison and a heavy hitter you won’t see coming. Spencer really knows how to use that last page to keep us in suspense!

Andrea Sorrentino returns to the fore on art, and although his style hasn’t consistently lent itself well, this go around gets a big thumbs up. The Black Widow pages are again handled by Joshua Cassara, and camping with Cap again by Rod Reis. Some of the same issues I have previously pointed out continue to dog this series, but this issue has a lot of great character moments, is more cohesive tonally, and engaging overall. I really enjoyed it! I’m thinking there are still good things yet to come from Secret Empire. -Keli 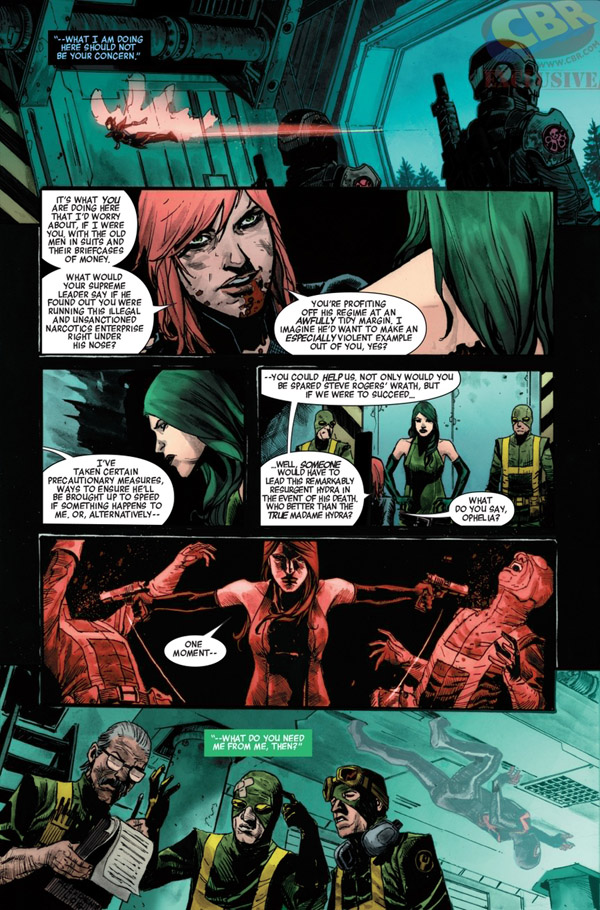