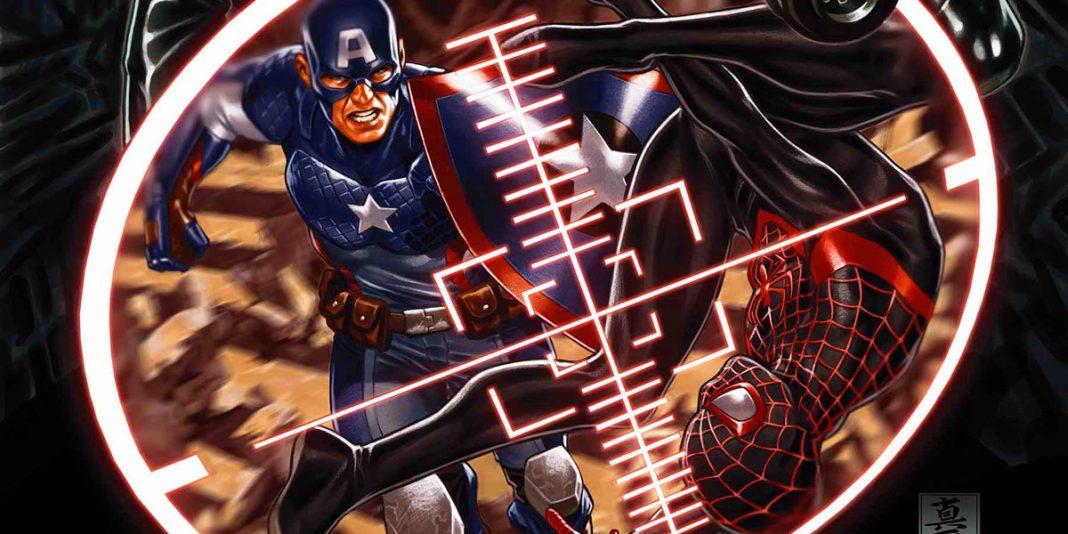 While issue #6 made some major gains in elevating my excitement for this title, this week’s follow-up stumbles on the conclusion of Black Widow’s mission to assassinate Captain America. Issue #7 spends most of its panels dealing with the climax of that subplot, and delivers the long awaited confrontation between Spider-Man and Cap from Civil War II. 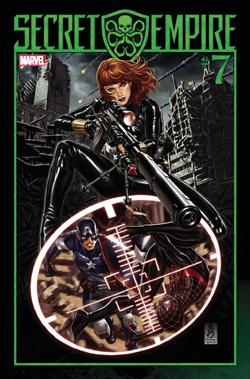 With Iron Man’s faction of the resistance routed from their sanctuary, it is left to Black Widow and her team to try and stop Captain America. Romanoff broke from her colleagues in issue #2, believing the circumstances warranted a solution more befitting her particular skill set. Some of the youngest heroes from around the way followed her—including Spider-Man (Miles Morales)—whose idealistic values were tested by her world-weary pragmatism.

Things picked up when the team secured an alliance with Viper (Madam Hydra) and rescued a mysterious old man from Hydra’s clutches. Unfortunately there is little wow factor to the reveal of either’s implementation into the plan, leaving no payoff for the earlier intrigue. Rather, the dramatic conclusion we are given is another character death (not Cap’s); a card that has been played so often in comics the impact flatlines faster than the character.

It is disappointing to see one of the series best chapters followed up by one of its worst, but that’s comics for you. Writer Nick Spencer has bitten off an ambitious story that would take a miracle to execute perfectly. Of the many ongoing story threads that need to land on their feet, this is one that had potential to really upend reader’s expectations and rewards loyal Marvel fans. It’s a shame that it doesn’t. –Keli

(The following image is from Civil War II) 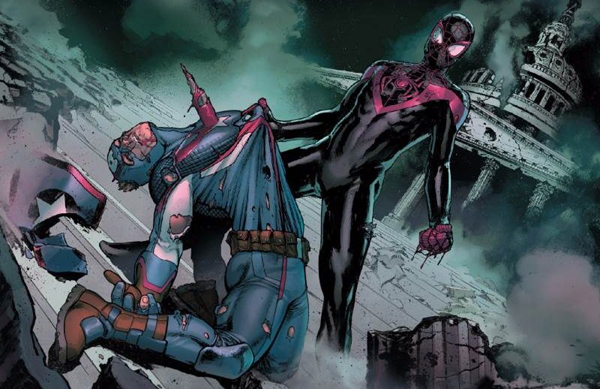 Tweet @kelthe80skid and let me know your thoughts on Cap and Spider-Man’s showdown.