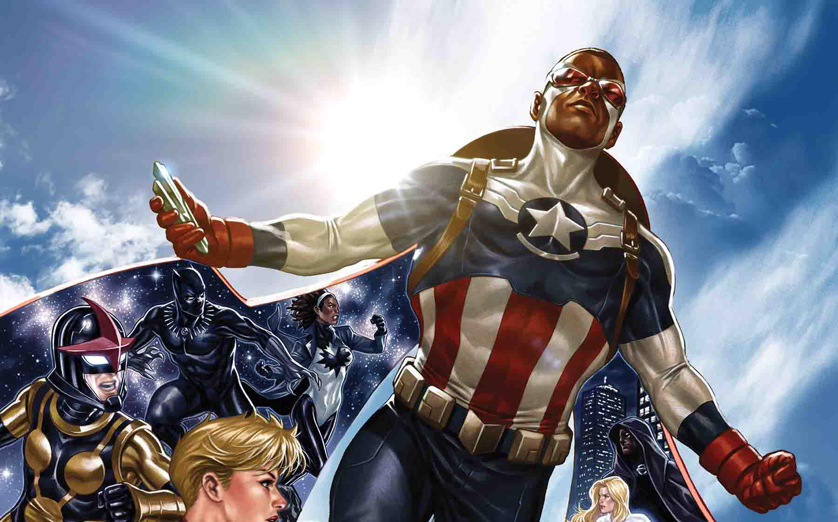 Secret Empire #8 flips the script on the plight of Earth’s remaining heroes, and greatly reduces Stevil’s odds of staying Hydra’s employee of the month. Unfortunately those gains come at the expense of plausibility, as the story contorts itself into a tight corner and then cheats its way out. 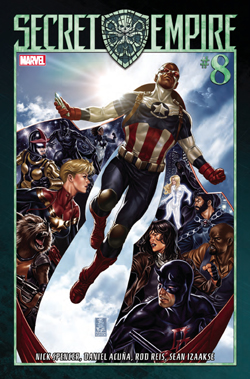 This series had two great plot threads competing with each other for a resolution to Hydra’s reign of terror. With Iron Man’s team out to save Steve Rogers and Black Widow’s out to destroy him, the race was on to a compelling conclusion grounded in a conflict of ethics. In the end neither side would cross the finish line, leaving our heroes scattered and demoralized leading into this issue.

One would hope that the story would pivot to even better ideas as the final act gets underway, and although the situation drastically improves for our heroes, how it goes about it is extremely disheartening to witness. Basically, a contrived plan B has been formulated thanks to events unfolding in other series; those in Captain America: Sam Wilson are so ridiculous you’ll “barf”. The new plan is dead on arrival, but is succeeded by a convenient and unearned change of fortune before you can finish rolling your eyes. Punctuate that with cheesy narration, underwhelming visuals and a feeling of exasperation. I really have to question the decision not to carry the Stark/Widow conflict through to the end when the alternative is to deflate the dramatic tension with a deus ex machina.

For me, the quality of each book in this series has been relative to its neighbors, which means every issue leading up to this one just got elevated. While Secret Empire has had a great moment or two, I don’t see how the last two installments can save it from its shortcomings. If it does manage a 180 degree turn then at best I’ll say it was a noble effort. -Keli 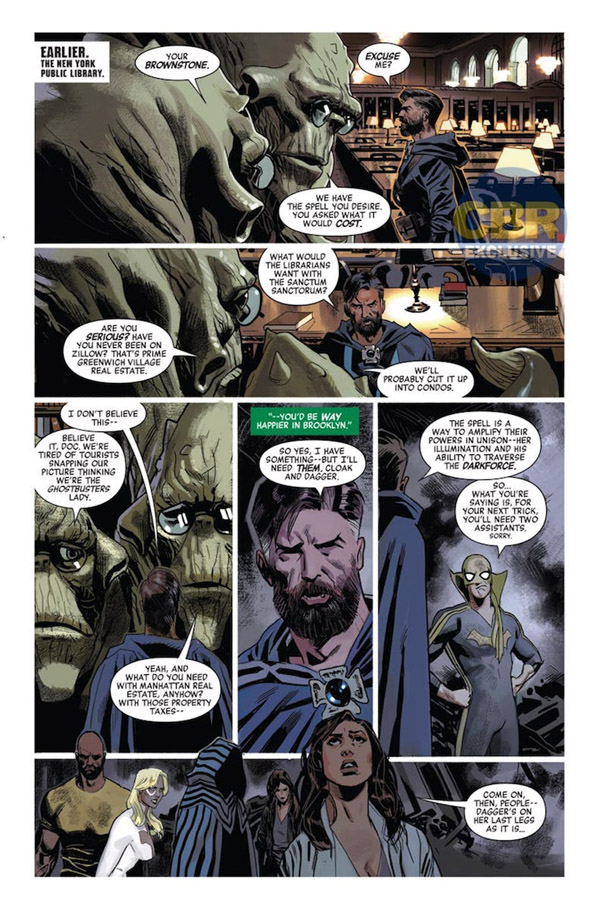