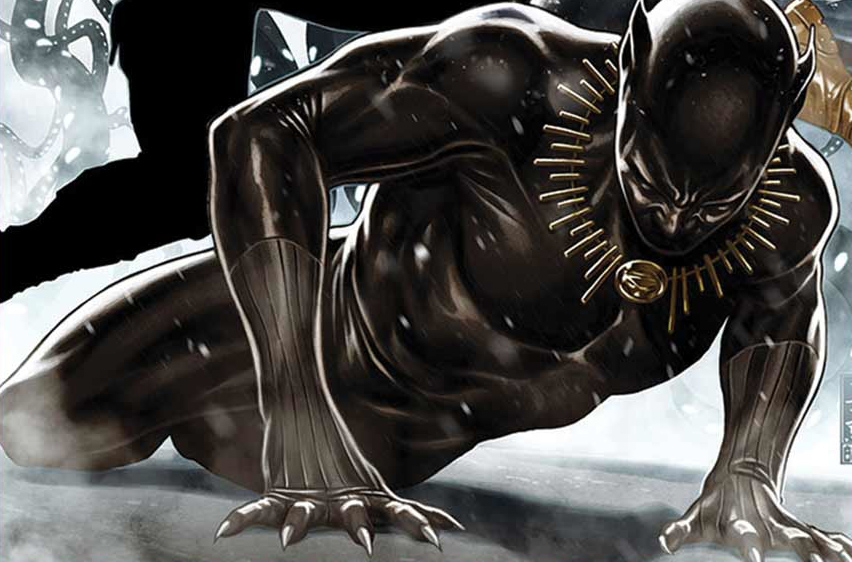 Secret Empire has been a wildly inconsistent series, but the penultimate issue brings it back from the brink while Marvel’s heroes do the same for their world. So meta. 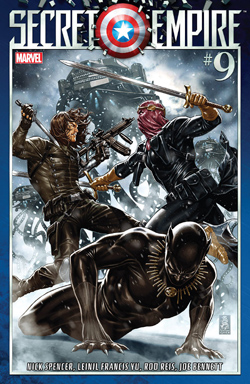 What could have been this issue’s greatest strength highlights a problem with Marvel’s event-series and the way they are marketed to readers. Between Civil War II and Secret Empire there has been a lot of lip service paid to the alleged rift between Marvel’s heroes, leaving them in the weakened state that Stevil capitalized on to seize control. Those following a Marvel title this past year know well enough that this divide has had little to no impact on the stories running between these two events. So when the superhero community finally rallies to defeat Hydra there is a sense that this triumph over divisions is unearned, and therefore devoid of emotional resonance.

Luckily the sum of all its little victories adds up to a pretty entertaining read. There are fun moments featuring a recently captured Black Panther, the entrance of New Tian into the conflict, Doctor Strange trying to exorcise Chthon from the Scarlet Witch and many more. The art is much improved over last issue as well. A fairly consistent color palette allows for the two main artists to transition between each other without calling too much attention to it.

It will be interesting to re-read this series in one sitting and see if the inconstancies in story and visuals are smoothed over or more pronounced (I’m also going to count how many times the art changed hands from beginning to end). Imagine if you had a Cosmic Cube to re-write history with. Would you make it so that Secret Empire was the greatest series ever created? So meta. -Keli 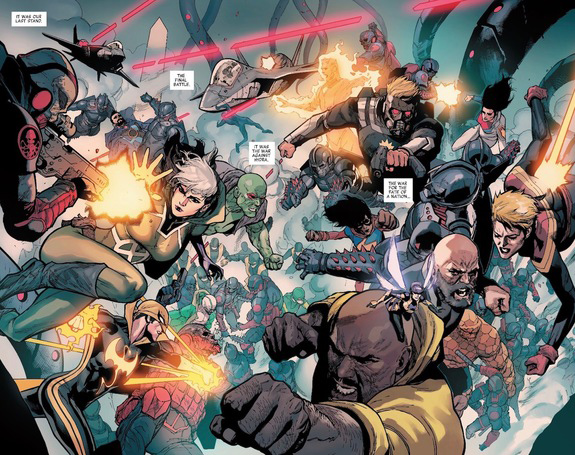