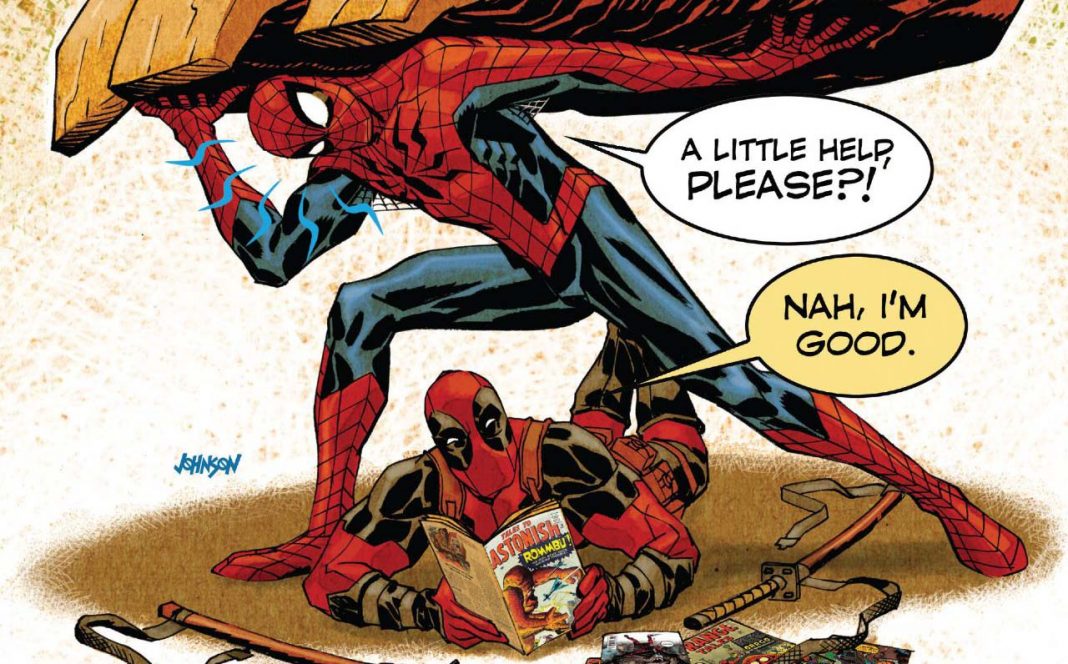 Confession: I have never read a Deadpool comic. I remember he was more merc than mouth as an X-Force villain in the 90’s. Other than that my only frame of reference is last year’s Deadpool movie. Given its reception by fans I think I understand his appeal. And although I am still not a convert, his latest outing with “heartmate” Spider-Man won’t disappoint. 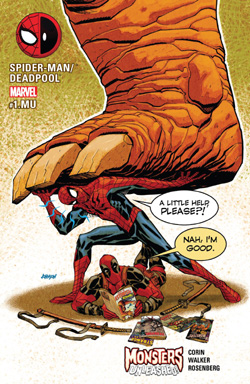 Spider-Man/Deadpool #1.MU—along with this week’s Avengers #1.MU—are the first of eight one-shots that tie-in to Marvel’s latest event series, Monsters Unleashed. Our wisecracking protagonists find themselves embroiled in a plot to resurrect the headmistress of a boarding school for girls and… Well, that’s not important! Let’s just say a monster of the variety that is currently plaguing Marvel’s heroes shows up and hilarity ensues. Writer Joshua Corin crafts a light-hearted romp that sets itself up nicely, but begins to suffer in pacing as the narrative is squeezed into the restricted confines of a single issue. With Tigh Walker on pencils and inks, the art team delivers visuals that—given the levity of the material—are straightforward and suitable. This issue will easily satisfy fans as a light read over some chimichangas, which I assume is exactly how Deadpool would want it. -Keli 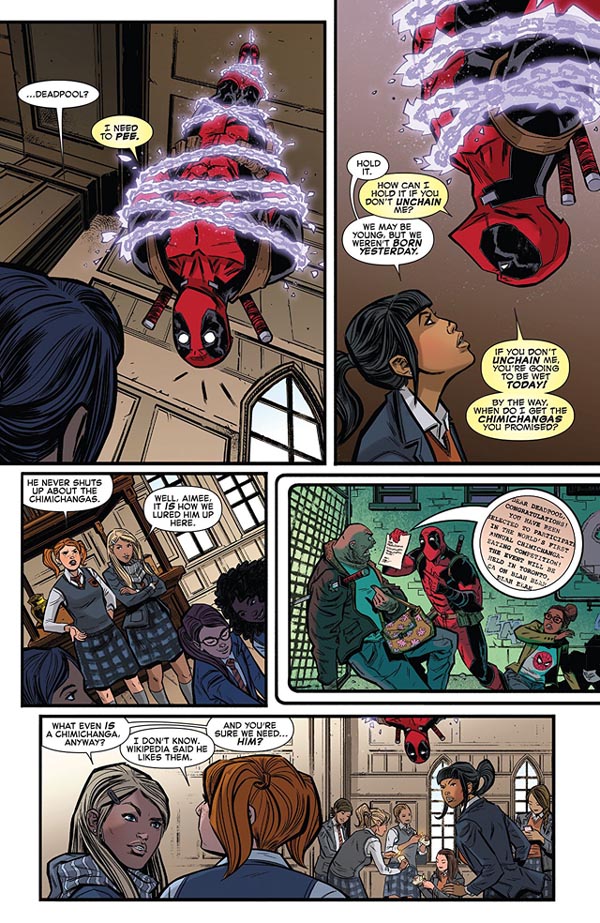