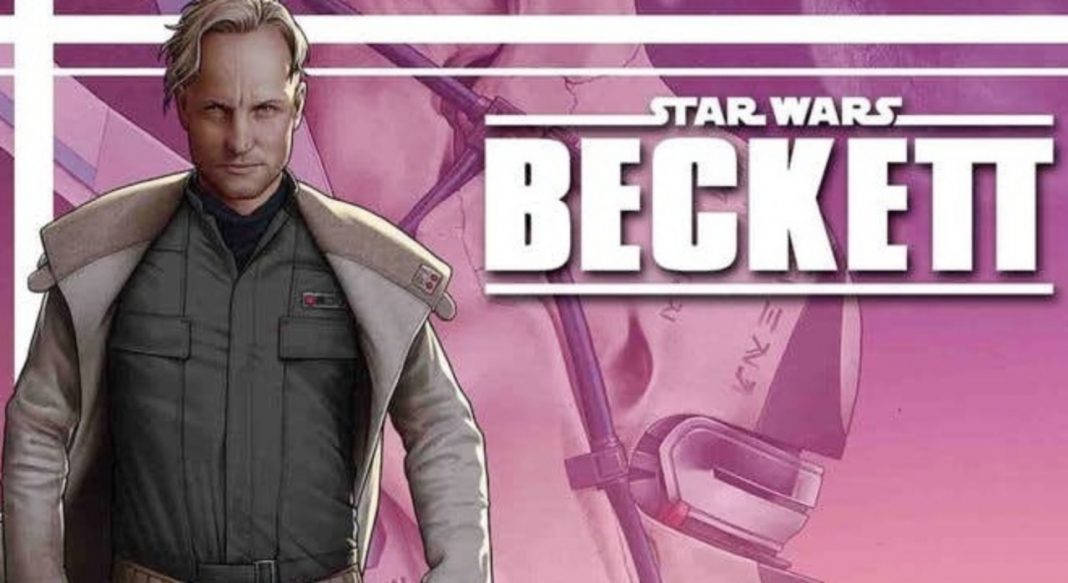 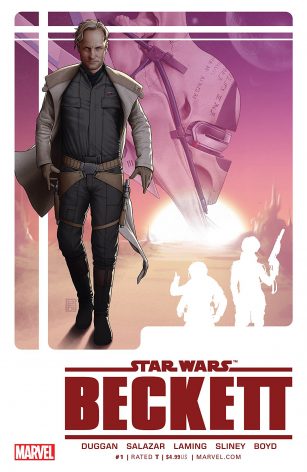 From the publisher: “THE GOOD, THE BAD AND THE DEADLY! TOBIAS BECKETT taught HAN SOLO everything he knows about surviving hoodlum-filled cantinas and backwater worlds. But who is this career outlaw and why is ENFYS NEST— one of the galaxy’s most dangerous and brutal marauders — so dead set on taking him down once and for all? Find out in this original tale of a man who has gamed star system after star system, but at a cost that no heist can make up for.”

Extrapolated from the character created for Solo: A Star Wars Story, Tobias Beckett is now a part of the overall canon.  Much like Lando before him, there certainly was room to expand upon the notoriety insinuated by his mysterious back story.  While it would be nice to know more about a younger Beckett, you don’t get that here.  This story seems to happen shortly before the movies’ storyline.

The book is separated into three “sections.”  I use that word loosely since the titles are only there to separate the artists used and not the story itself.  This book contains only one story.  And for a one-shot book – the story itself really doesn’t expand on anything.  Same characters as the movie.  Same concept as the movie.  There’s nothing new here.  And certainly nothing about Beckett that would surprise anyone.  The best Star Wars books expand the universe and fill in the blanks, not just tread upon it (see Star Wars: C3PO some time ago).

The art stays reasonably consistent amongst the three artists.  There certainly are differences, but those don’t deter from the story.  And that’s a good thing.  The best thing about this book is the art.

There’s nothing new here – it’s just another Star Wars story.  It’s not a bad story by any means: you just aren’t getting anything new or rewarding from it.  Star Wars fans will pick this up regardless and there’s nothing wrong with that.