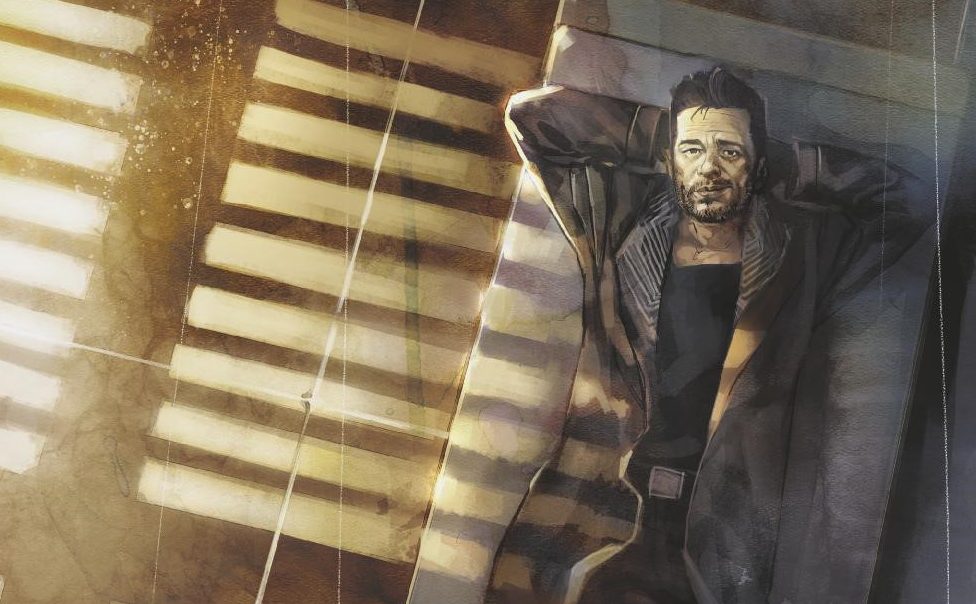 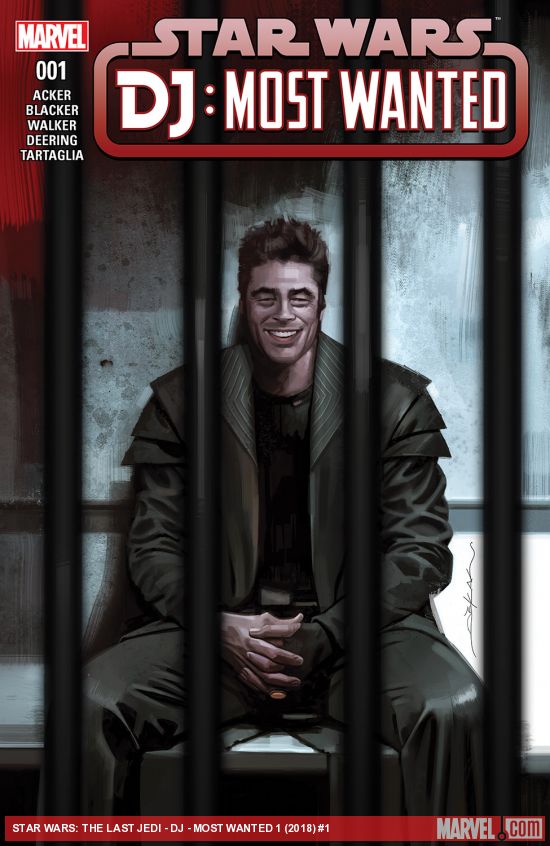 From Marvel: “When STAR WARS: THE LAST JEDI takes theaters in FORCE (get it?) this December, Star Wars fans will get a peek into some new dark corners of the Galaxy Far Away…and out of one of those corners scuttles DJ, the mysterious character played by Benecio Del Toro! Who is this mystery man, and what put him in the path of our Resistance heroes? Join Ben Acker & Ben Blacker (Star Wars Join the Resistance, Star Wars: The Last Jedi – The Storms of Crait) and Kev Walker (Star Wars: Doctor Aphra, Darkhawk) as they reveal a day in DJ’s life just before his appearance in the film!”

I enjoyed the heck out of The Last Jedi.  It had all the hallmarks of a great film in any franchise.  But I despised the DJ character.  It wasn’t Benecio Del Toro’s fault either.  The character wasn’t just superficial and annoying: it wasn’t required in the movie.  I dare say DJ approached Jar Jar territory for me just due to the speech impediment.  Y-y-y-yes!

This book tries to give this one-dimensional character some depth.  It doesn’t give any back story at all (if you need that – the best source is Wookieepedia) instead opting to expand his story with another story.  DJ is on another planet where he’s gambling at a casino.  In reality he’s using the poker chips to slice (hack) into the system and steal more than he is losing.  Then some bad people come along and want to kill him.  Rinse.  Repeat. It’s not deep by any means.  It’s seems like a shortsighted attempt to make him seem almost Han Solo-like.  Please. Don’t.

On the other side of the coin – the book is well drawn.  Kev Walker is well versed in the look of the Star Wars universe and does a great job of portraying that.  The writing for this book is not necessarily bad – it just doesn’t have a deep enough well to pull from.  The writers did a great job with the Storms of Crait story (as well as the Supernatural tv episodes) so it has to be the content itself.

Overall – as a Star Wars fan and avid SW comic collector – I would have purchased this book regardless – it’s part of the mythos.  But geez: DJ?  Which stands for Don’t Join?  Really?