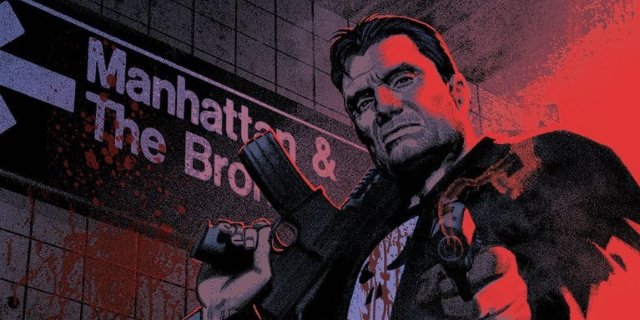 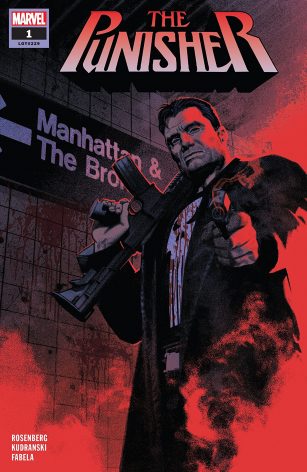 From the publisher: “YOU CAN TAKE THE PUNISHER OUT OF THE WAR MACHINE…Punisher no longer has the War Machine armor, but he retained his newly acquired taste for big game, and he’s hungry for more. However, the paths to such perilous pursuits are fraught with dangers bigger than any Frank has faced before, and this lone wolf could use otherworldly help on his way up to the world stage.”

Frank Castle aka The Punisher is a long time member of the Marvel Society of Rogues.  He’s the hero that does some seriously bad things.  Debuting in The Amazing Spider-man #129 in February 1974, The Punisher was originally a villain fighting against Spider-man.  In the years since he’s been molded into the vigilante character that we now know.   Propelled through the stories by a need to instill firearm vengeance in the name of his slain family, The Punisher is a pure badass.

This new series takes some old villains and creates some all-new tension.  With the likes of Mandarin and Baron Zemo representing Hydra, this initial book builds the story up piece by piece.  The initial pages have the shadowy figure taking out bad guys here and there.  It’s not until the middle of the book that everything goes straight to hell.  This is The Punisher at his finest: no puns, no corny dialog, and no longing look into the bad guys’ eyes.  Just guns and bullets.  Exactly the way its supposed to be.  The best part is the insinuation that Tony Stark is the man behind the madness that is Frank Castle near the end of the book.  Matt Rosenburg has done a good job of writing this, coming from such books as Astonishing X-Men and previous Punisher incarnations.

In an interesting bit of drama – this book was delayed ever so slightly.  My guess?  The original solicits listed Riccardo Burchielli (known for DMZ from Vertigo/DC) as the artist.  There was mention of Kudranski as maybe a cover artist but that’s all.  Here we are and we now see that he’s taken his Spawn experience and taken on this whole book.  And his experience shows.  He can draw some dark and dangerous stuff.  It works really well for The Punisher and I hope it continues for some time to come.