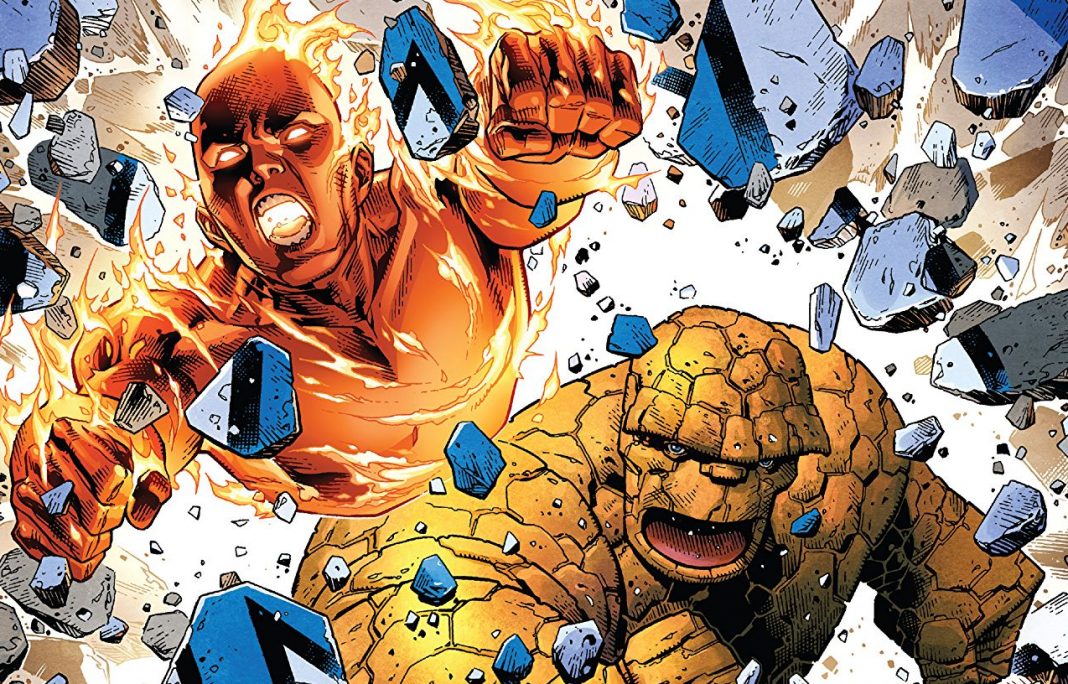 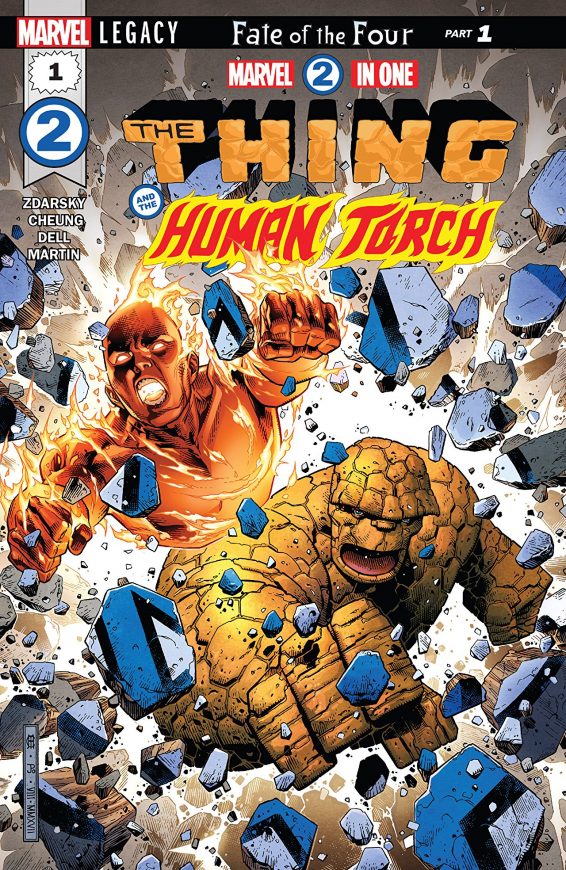 From Marvel: “THE FOUR ARE NO MORE, SO TWO MUST DO! Something is very wrong with THE HUMAN TORCH and only THE THING can help him! It’s the Marvel Universe reunion you’ve all been waiting for (well, HALF of it, at least!). Plus: What monumental secret has DOOM been hiding since the end of SECRET WARS, and how will it completely change the lives of Johnny Storm and Ben Grimm?”

Let’s face it: The Fantastic 4 have been waning in the old popularity department for quite some time.  Then it hit rock bottom after the Secret Wars event where it was shelved completely.  At that point Reed and Sue Richards along with their children were lost in the multiverse to rebuild things after Doomworld collapsed.  Johnny and Ben went back to their little old lives, trying to get back into the swing of things…

In the meantime, Johnny has been hanging out with Spider-man (see Peter Parker The Spectacular Spider-man #1) and Ben has been doing personal appearances.  The other part of the classic F4 equation is Doom.  Doom is supposedly a good guy now (see: Infamous Iron Man) and working to make the world better.  So it’s no surprise that the Fantastic 4 is basically non-existent at this point.

This book has been written with one goal in mind – bring the band back together for another tour.  The writing feels like a F4 book proving that Zdarsky can write anything.  And the art style is the solid ink and smooth color you’ve come to enjoy from Cheung’s other books.  It’s a well done book that boasts cameos by Doom, Spider-man, and a villain named Piledriver. This book also puts a cap on the Spider-man/Parker Industries story line by handing Ben Grimm back the keys to their original headquarters.  All the pieces are there, now they just need to get Reed and Sue back.  At this point it’s unclear how they’ll do that – but it should be a fun ride while they figure it out.  Let’s hope that this is the start something great for the Fantastic Four and everyone can put that last movie behind them…