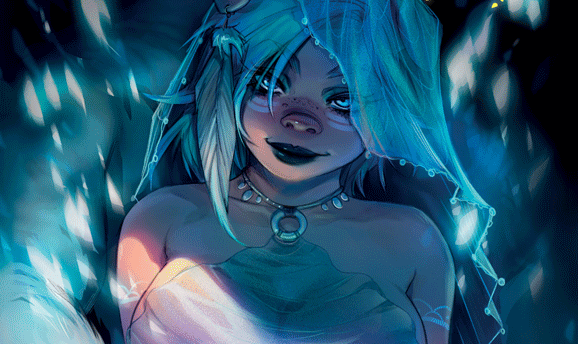 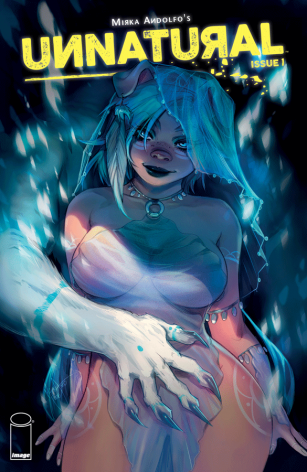 From the publisher: “Leslie is a simple pig girl. She loves sushi, she’s stuck with a job she hates, and she lives under a brutal totalitarian government—one that punishes transgressors for anything deemed “unnatural.” Leslie dreams of something different for herself. But those dreams are becoming dangerous… This Italian hit series by MIRKA ANDOLFO (Wonder Woman, Harley Quinn, DC Comics Bombshells) will transport you into a colorful but terrible world—full of anthropomorphic creatures, but light on personal freedoms—by way of a breathtaking plot that travels between thriller and fantasy, with a hint of sensuality.”

I tend not to gravitate towards books that have a more feminine slant. However, a recent advertisement in I Hate Fairyland piqued my interest.  A pig girl.  Oppressive society.  Sexy but dark.  Image doesn’t censor its authors which seems to have allowed some incredibly creative works in the last few years.

Don’t Let The Marketing Sway You

The solicits for this book were a brutal in the representation of this book.  They portray the concept is clear for the book well. This is more like a Black Mirror episode: unsettlingly possible.  The idea that society is almost oppressive for women who choose not to have children is a lot closer to what is really in play here.   While I cannot personally comment or even really know if this is the case, the story in the book uses all the angles to portray this without trying to look like a commentary.  It’s well done – the story flows very nicely, not getting bogged down in the narrative.  The story touches on the animal equivalents of sexual harassment, racial bias, and overt sexuality.  Those things are clearly expressed and not hidden – they just aren’t cumbersome.

The art is just gorgeous.  The transition between the sexual dream state, to the personal time dominated by a surreal pink state to the subdued “real life” grays and blues.  And the fact that the the artist and writer and one in the same, it’s just awesome.  I worry that this level of quality will require a longer development time between issues.  I’m all for it if thats what we need to get said quality! 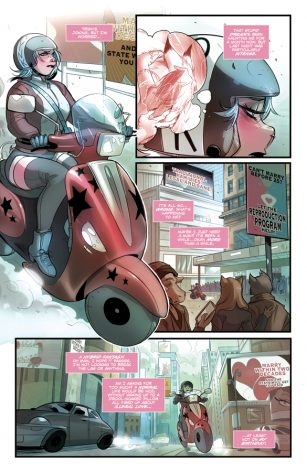