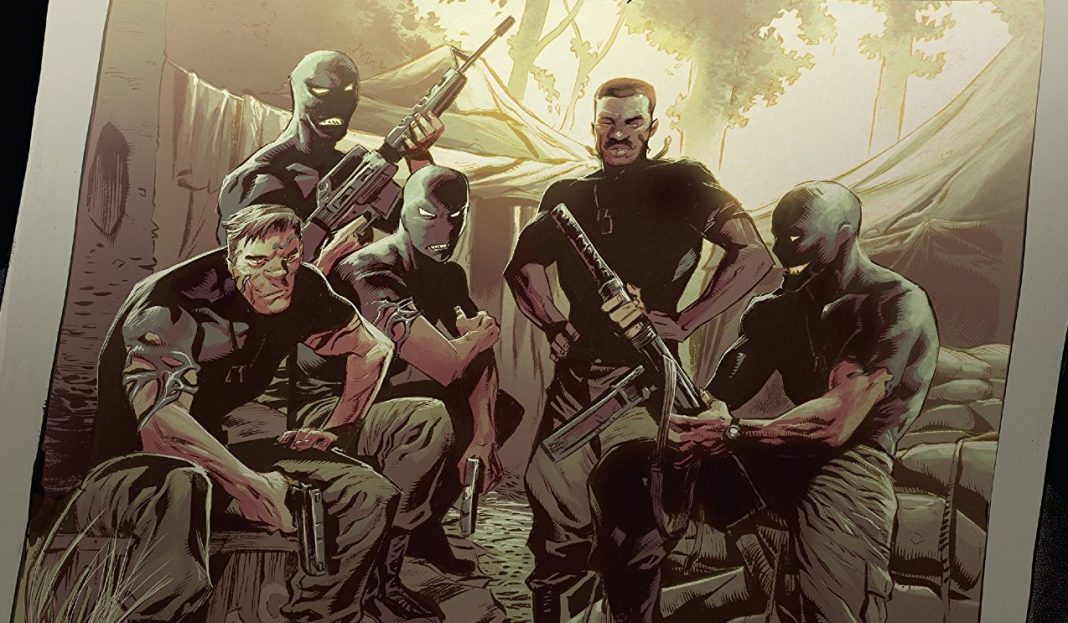 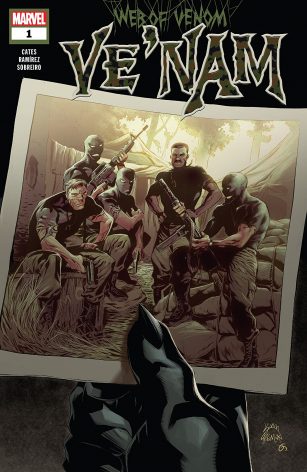 From The Publisher: “SPINNING OUT OF THE PAGES OF VENOM! As the United States of America struggled through the Vietnam War, Nick Fury of S.H.I.E.L.D. needed a secret weapon – and when an ancient creature was discovered at an archaeological dig site, he was sure he’d found it. In reality, the discovery was an ancestor of the Klyntar symbiotes…and would become a waking nightmare for a platoon of American soldiers!”

As we’ve seen recently with the new Venom series from Cates and Stegman, this isn’t your daddy’s Venom anymore.  Some basic Venom lore has been put on its head in these first 5 issues.  One of those changes is Venom’s origin on Earth.  Up until this new run, it was written that Spider-man was the first to interact with the Klyntar symbiote (Marvel Super Heroes Secret Wars #8).  That has now changed into a god symbiote and many possible venom’esque variations.  This story encapsulates the “real” origin story in almost a documentary-like format.

Nick Fury of S.H.I.E.L.D. was (no surprise) involved in the original discovery.  After finding a “dragon” frozen in the ice, they found out very quickly that things weren’t as they assumed.  This alien-being killed mice during their experiments.  But it was the human testing during the Vietnam war where everything went straight to hell.  Having to try to put a cap on this bottle, Nick brings in Logan (Wolverine) to try to get these assets back.  If you think war is hell, try having a symbiote out in the jungle with you.

Quality That Adds To The Lore

If Venom is the main feature, I would call this one-shot the best of the special features on the disc.  It falls under the Web of Venom umbrella, which I assume will have other short stories that will help support and fill in the main story.  However, this is the way to keep the main story solid and consistent. Keep the extra bits to their own books.  This way people get the stories if they want them, but they don’t have to collect a whole other series to get them.  The writing and art are on par with the mainline series. In addition, the inclusion of Fury and Logan create a cool backstory.  And it has almost a Predator vibe to it, adding to the nostalgia.

As a result, this really should be an automatic pickup for Venom fans, both hard-core and Amazing Spider-man (ASM) fans from way back.  If you have ASM 252, ASM 300, or any of the Venom books in your collection: walk, don’t run, to get his book.