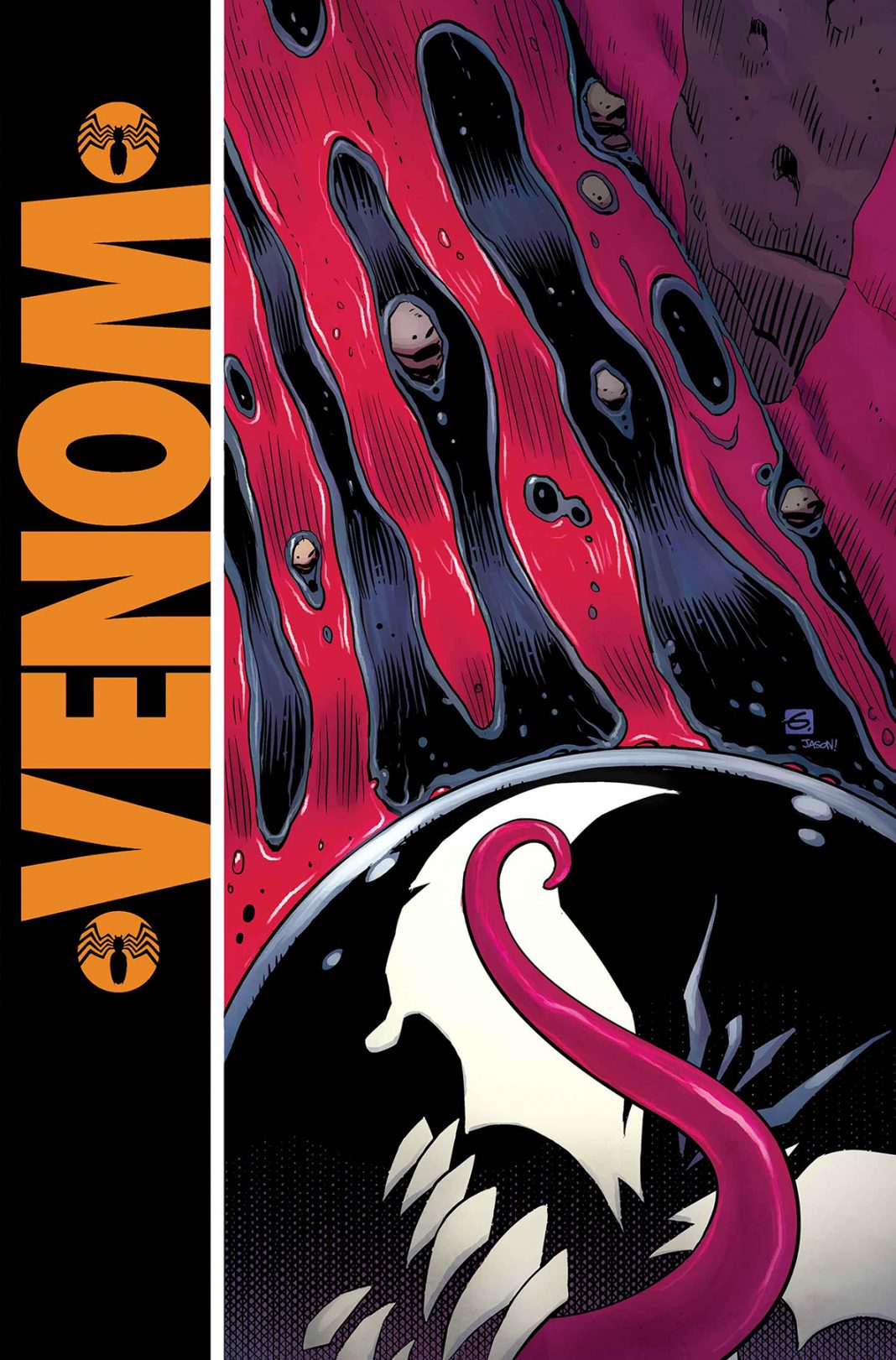 From the Publisher: “The sinister symbiote skulks the streets of San Francisco! With the symbiote silenced and Eddie finding parts of his memory missing, will he be able to find the answers he’s looking for in the Golden City? Or will the return to his old stomping grounds reveal secrets better left buried?”

A lot has happened to Eddie Brock in the current incarnation of Venom. In the first six issues, Venom had a tangle with Miles Morales (Spider-man) as well as the symbiote god Knull. This series has kicked off with some of the best storytelling and art that Marvel has to offer. Sad that you didn’t get on the Venom train already? The Venom by Donny Cates Vol. 1: Rex trade paperback has been available for a couple of months already collecting issues 1-6. Not quite sure about jumping on with this book? The Venom by Donny Cates Vol. 2: The Abyss trade paperback will be out on April 24th with issues 7-12. Can’t wait? Jump in right now…

This is Gonna Be Fun

The Venom / Eddie Brock relationship has always been a tumultuous one. Hearing a voice in your head that can at any moment take over your body can do that. However, we’ve never really had the pleasure of seeing the effects of that on Eddie’s mind. Until now.

In what is a new high for the newest version of Venom, we get to see that while a “doctor” is trying to figure out how to treat Eddie’s literal cancer, his internal one is working to stay where it is. Venom is pleading with Eddie not to leave him. Venom has separation anxiety of the worst kind and conjures up all sort of memories to make Eddie stick with him. As a result, Venom finally lets it slip of a secret that it has held for quite some time. And it’s enough for Eddie to wake from his Venom created interactions and fantasies.

This event should be the turning point for the current “The Abyss” storyline. As it has been up to this point, the story and art are really quite good. This twist, however, adds a new level if depth to the Venom mythos. Remember that the Vol 1 trade is already available (and as of this writing is in stock at AlphaComics). We’re not too far into the story not to jump in and get involved in the water cooler talk on this one.