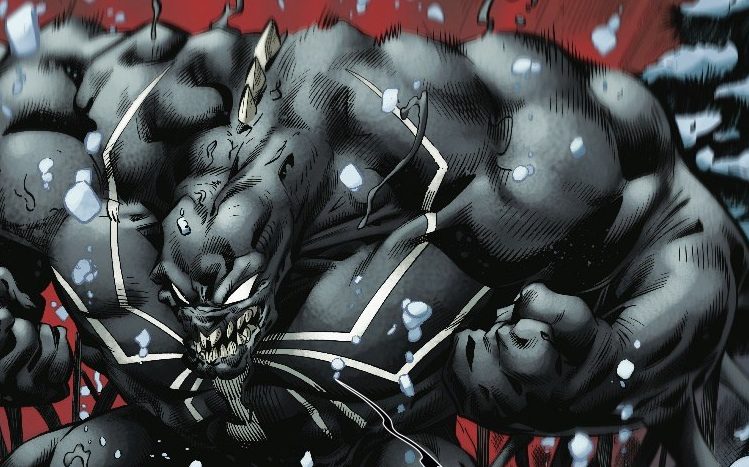 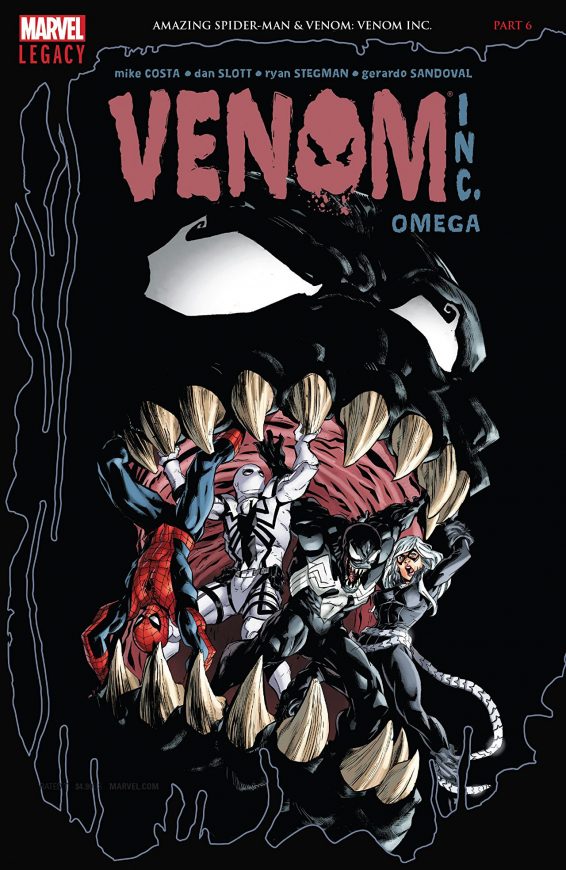 From Marvel: “VENOM INC. Part 6 The symbiotic super villain called Maniac has seized control of all of New York’s major crime families, and he’s now got his sights set on the entire city! To make matters worse, he’s also got a cadre of super villains under his symbiotic spell, and Spider-Man, Venom and their allies are the only things standing in their way! The final chapter of VENOM INC!”

Leading up to the 30th Anniversary of Venom’s introduction in Amazing Spider-man #300, the Venom Inc 6-issue event wraps up in Omega.  Way back on December 6th, we kicked off the event with Venom Inc. Alpha.  Alternating between Amazing Spider-man and Venom books since; it’s been a bit of a wild ride.  Shouldn’t have to say it for the final book of an event but: SPOILERS FROM NOW ON…

The series has reintroduced Flash Thompson as Anti-Venom, Eddie Brock as Venom, Andi Benton as Mania and Black Cat.  Initially a group of bad guys including Black Cat are taken over by a mysterious symbiote.  Forced to infect others (and Spider-man), they run rough shod over the city.  It’s soon revealed that Lee Price, a former venom host, has stolen Mania’s symbiote to become Maniac.  In the meantime, a doctor was working on an anti symbiote formula based on the original Anti-Venom (see Amazing Spider-man 568-573).  As a result, Flash Thompson is infected with the symbiote and the formula to become Anti-Venom.  Hijinks ensue and a “hulkified” Maniac attacks Spidey and his compatriots.  And thus we have Omega.

If you are just reading this without any reference, you might find it confusing at the very least.  As someone who has read very little Venom outside the Amazing Spider-man umbrella, there is a lot going on here.  However, reading this mini-event hasn’t been confusing in the least.  If anything, it’s peaked my interest in Venom and forced me to go back into old Spider-man books to do some research.

If you read my original review, you already know what I think of the art and story telling.  This story is a glimmer of hope in an otherwise bad year for Marvel.  Good choices were made to bring together the Dan Slott/Ryan Stegman dream team.  The story arc was well thought out and both Venom and Amazing Spider-man teams meshed well.  If you are just hearing about this story now, you might have to wait for the trade paperback for this event.  Otherwise pickup up Omega tomorrow and complete your set.