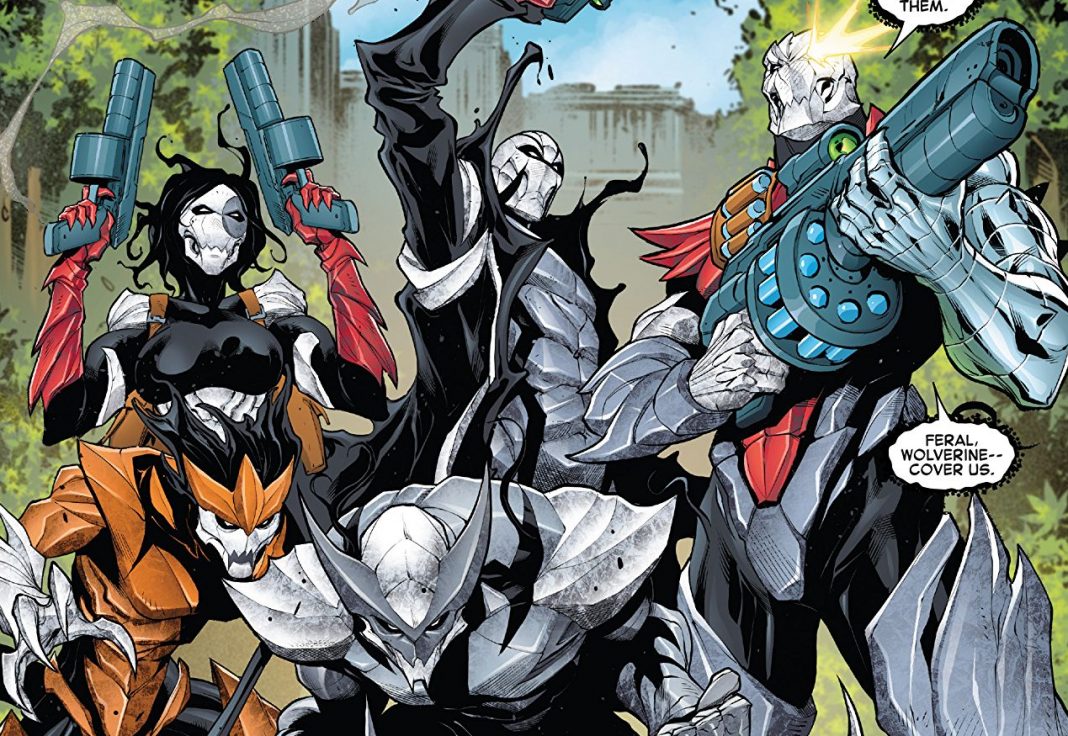 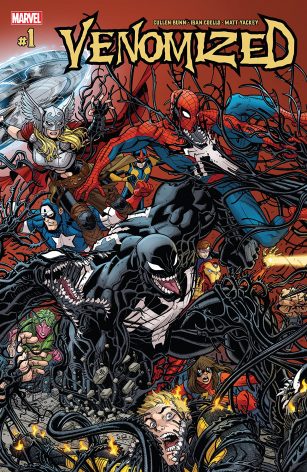 From Marvel: “The story that began in VENOMVERSE reaches its epic conclusion with VENOMIZED! The POISONS, a species that hungers for super-powered symbiotes and their hosts, have picked their next target…THE MARVEL UNIVERSE ITSELF! Their first objective? Put every superhuman in a Klyntar symbiote – and CONSUME THEM! But with VENOM and the X-MEN still missing after the events of “Poison-X,” the planet and its heroes are defenseless!”

The Venom symbiote has been front and centre in the Marvel universe of late – the Venomverse event (#1, #2, #3, #4, and #5), Venom Inc (crossover between Amazing Spider-man and Venom) and now Venomized.  We are finally coming to the end of an event that has basically been going on for a year.  I personally think that this is a ploy by the Black Ink consortium to get their due!  Down with color!  More Walking Dead!

This short series started last week (there are still lots of copies of #1 out there) and #2 comes out tomorrow.  The book will be run weekly to its conclusion.  Like the previous parts of this event, there are very few characters from the Marvel universe that are not represented here.  Some characters are affected more than others.  X-Force and X-men characters are taken over by the symbiotes very easily, while Spider-man is old hat to this process.  It’s done well and feels pretty natural considering the process is basically an alien species harvesting the Earth.

One note here: this happens before the Death of Mighty Thor.  So if you follow that series, well – spoilers.  I guess it was too much to ask that everything come out in order.  And that is my only really complaint.

The art by Coello is really reminiscent of the Amazing Spider-man of late.  Considering how few Marvel books he’s drawn – a really well done and cohesive effort!  In addition, Cullen Bunn been writing pretty much all of these Venom books for a while now.  He understand the nature of Venom and has turned it on its head.  If you enjoyed any of the Venom books for the past year, this is a no brainer.  Go and get #1 before its sold out and get the rest put on your pull list through the #5 conclusion.