Home Reviews Reviews from the Dark Side Batman Kings of Fear #1: The Joke Is On You
Facebook
Twitter 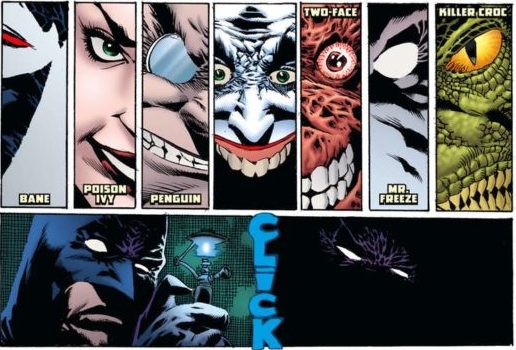 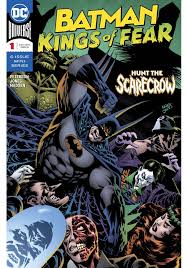 From The Publisher: Legendary artist Kelley Jones makes his triumphant return to the Dark Knight in this explosive miniseries written by former editor Scott Peterson! Batman’s been overseeing Gotham City for years now and isn’t sure how much of a difference he’s making. Doubt, fear, and insecurity are starting to take over. And as all of those negative feelings set in the Scarecrow orchestrates a riot at Arkham Asylum to give the Dark Knight one of his greatest challenges yet!

You know what happens when a former editor gets to do his own Batman story?  He goes crazy!  Scott Peterson looks like he saw several ideas over the years and felt it was time to do a mashup.  And I like it!

The story is called “Hunt The Scarecrow” however the first book is almost entirely everyone but him.  In some of the cheekiest conversation between Batman and Joker, we start out with the standard Batman vs Joker concept with a twist.  It’s darker than normal and that’s dark.  Once Bats gets Joker to Arkham, the stuff hits the fan.  Judgemental therapists and a rogues gallery of DC villains get this started.  It’s not a long story, but fireworks don’t have to go high to be loud and exciting.

The art by Kelley Jones is good throughout the book.   A mild exception might be the TV screen with the warehouse news on it.  Seriously – that needed more attention.  Otherwise its a decent job at putting pen to Gotham.  All our favorite characters look like they should and that’s all we really ask for.

Batman fans will (or should) jump all over this.  Another mini-series from DC that adds to the mythos without plodding all over the main books.  Time to get on the Scarecrow train!