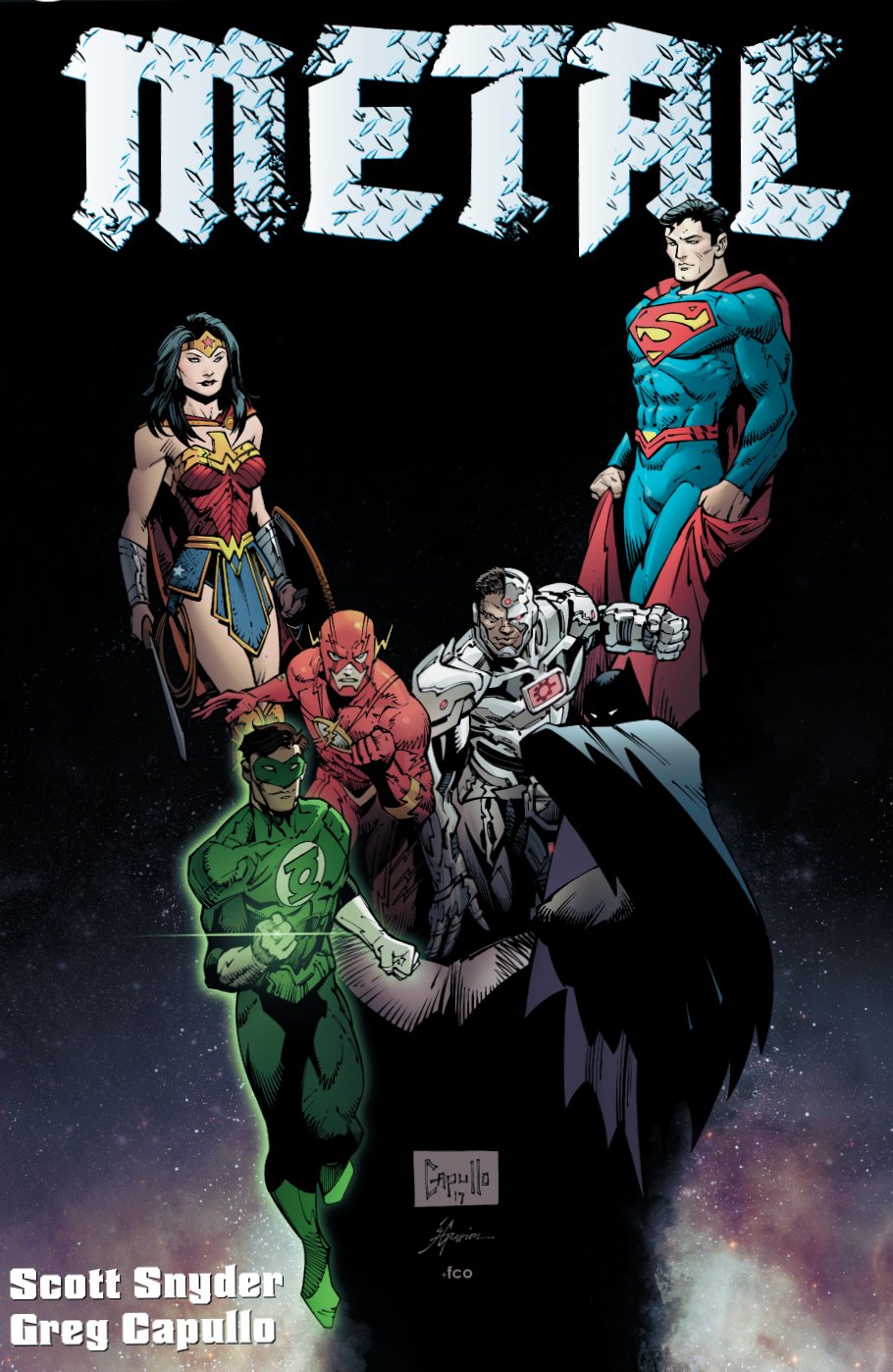 Do you see it?

This week’s Dark Days The Forge is a hit and is already on it’s way to a second printing. This is all going to lead into DC METAL and the cover revealed has got Twitter buzzing.

Scott Snyder and Greg Capullo had a legendary run on DC’s New 52 Batman. It’s one for the history books. But now we get to see them together again in METAL!

Got the ok from DC to tweet this crazy early as a thanks, so

Greg Capullo is one of today’s hottest artists but he also has a history going all the way back to the “rock star” 90’s. He was the artist who took over X-Force after Rob Liefeld and also has a huge run on Spawn. Capullo is one of the hardest working artists in comicdom. During his New 52 Batman run he had to take a month break so he wouldn’t destroy his arm.

Capullo’s fans also know he is a metal head. So do you see the “hidden” image..?

Tell Alpha you want DC METAL on your pull list today! This comic is going to be a hot one. Dark Days The Forge was a quick sell out.