Home Reviews Reviews from the Dark Side And Tonight We’ll Go To The Sky, And Fly
Facebook
Twitter 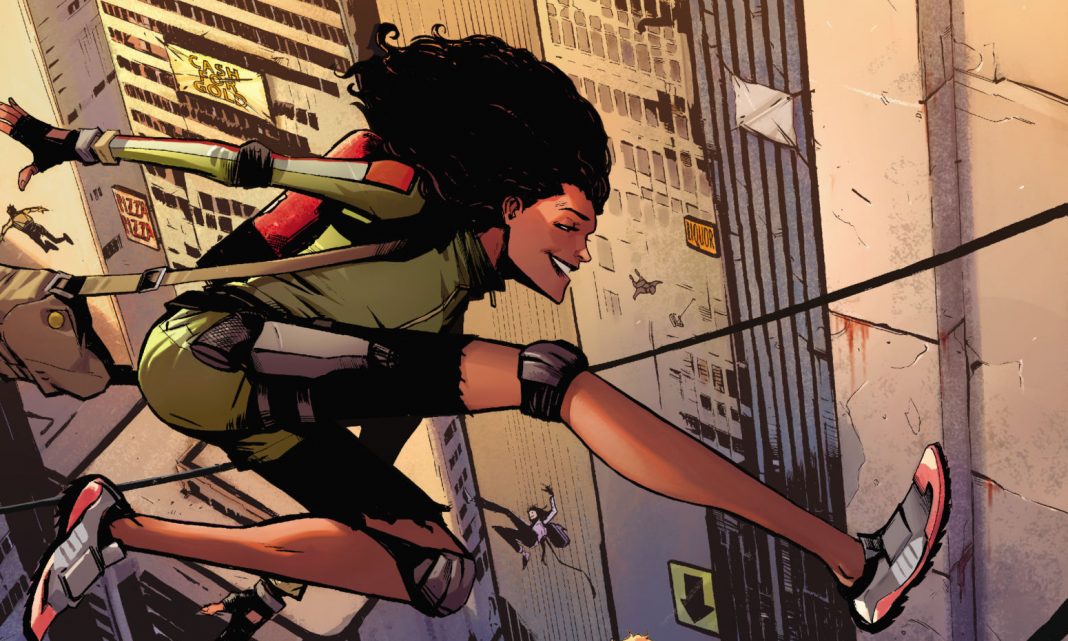 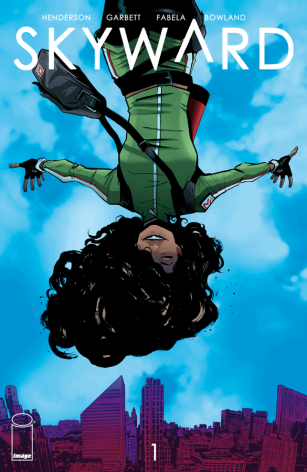 From the Publisher: “One day, gravity on earth suddenly became a fraction of what it is now. Twenty years later, humanity has adapted to its new low-gravity reality. And to Willa Fowler, a woman born just after G-day, it’s…well, it’s pretty awesome, actually. You can fly through the air! I mean, sure, you can also die if you jump too high. So you just don’t jump too high. And maybe don’t stumble into a dangerous plan to bring gravity back that could get you killed…. From writer JOE HENDERSON (showrunner of Fox’s Lucifer) and artist LEE GARBETT (Lucifer, Loki: Agent of Asgard), SKYWARD is an adventure-filled exploration of our world turned upside down and a young woman’s journey to find her place in it.”

It’s really hard in this day and age to come up with a concept that feels original, even if it truly isn’t.  Everything has been made at some point.  However, a good derivative can still feel original.  Skyward truly feels original.  Who wouldn’t be interested in a story of low gravity where the resulting pitfalls are very much grounded in a possible reality.

This initial book is what an original concept would always require: the back story.  It doesn’t go crazy and tell you why the world’s gravity went haywire.  However, it gives you the anchoring characters of the girl and her dad the story is centred on.   The flow of the book is well done and feels natural.  That’s very much indicative of a writer who is already well-versed in television (Joe Henderson writes for the show Lucifer).

Artist Lee Garbett is an interesting part of this book.  He was involved in the Batman stories that led into the Final Crisis event way back in the day.  Additionally, he worked with DC on their Wildstorm imprint books before they folded the concept.  So there’s a long term pedigree here.  As a result, I love the art: strong ink is where it’s at for me.  It’s extremely tight, vivid and the color work is top notch.

This book feels like it could develop a solid mystery.  So sign up for a dose of intrigue and jump on to Skyward #1 this Wednesday!