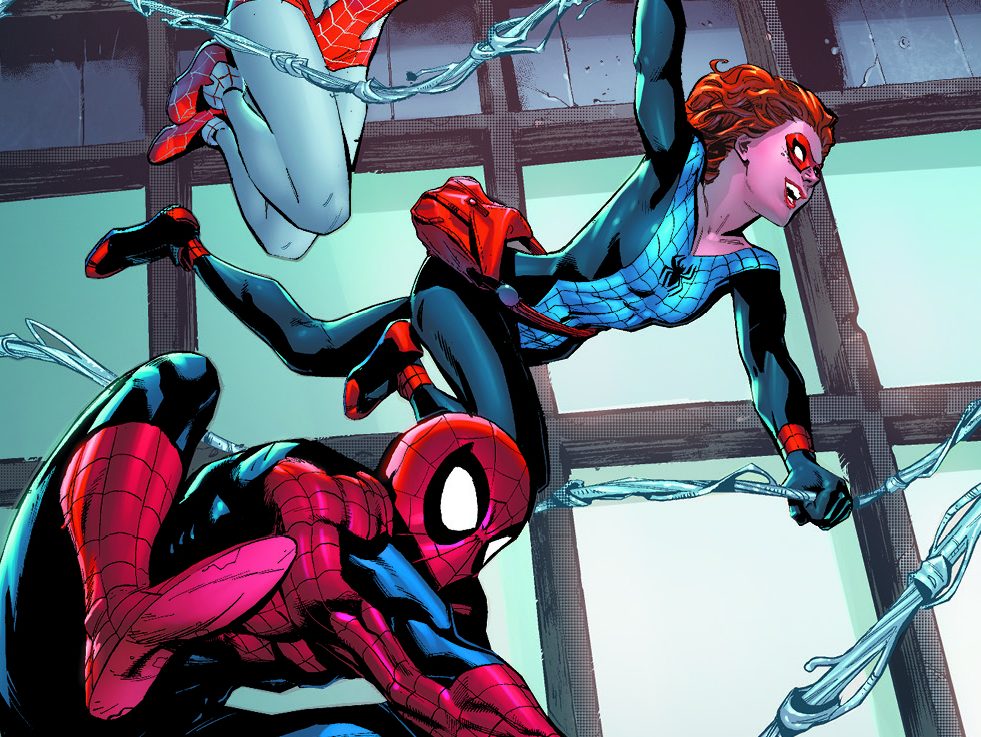 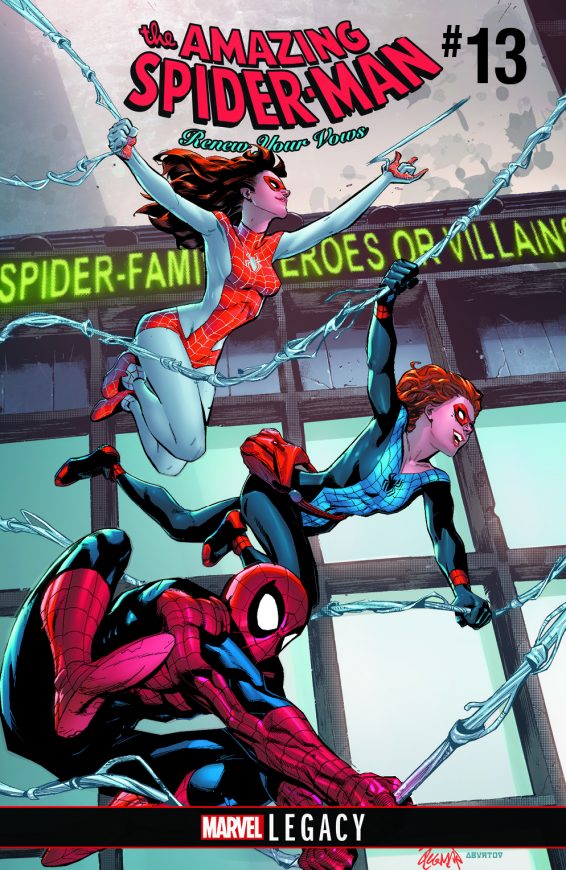 Jump eight years into the future with the web-slinging and wall-crawling Spider-Man family! Peter Parker and Mary Jane’s super-powered daughter, Annie, is now in high school. But when this teen isn’t in class, she’s swinging through the streets with her parents. After all, keeping New York safe from super villains is a family affair! But what new threat has emerged to menace the wall-crawlers?

Let’s deal with the elephant in the room: Ryan Stegman and Gerry Conway are no longer doing Renew Your Vows (Stegman only did the cover for this book).  This book introduces Jody Houser (who’s writing credits include the Star Wars: Rogue One adaptation and Faith) and Nick Roche (art for Transformers and Monster Motors).  These relative newcomers have large shoes to fill.

There are some oddities with this book.  The “superhero” portion of the family feels like it was forced into a Riverdale script.  Peter’s jokes are now “dad” jokes while Annie May (the daughter) is the stereotypical angsty teenager.  The story could have been pulled from any decade really – if it weren’t for Mary Jane’s online sales business.  There are villains in the story, but the first two pages are a cheat (read: training simulation) and the last villain feels like it was thrown in because the hadn’t had their spider suits on in a while.

I know it sounds like I’m slamming this book – I really am a huge Spider-man fan.  As the first “legacy” book – there should have been an event.  Instead you get: its 8 years in the future, look at how the family has changed!  It feels like an opportunity missed.

It might be because I think that the Stegman-style works so well for the look of Spidey and his family.  As a result, this change feels really abrupt.  I feel bad for Houser and Roche – they were thrown into the deep end without a paddle.

Don’t even get me started on why Logan/Wolverine makes a cameo as an Oompa-Loompa. Seriously!  He’s shorter than Annie May and it just looks weird.  Maybe Marvel is planning a Willy Wonka cross-over event.  It could happen! You don’t know!

Do I think you should jump on to Spider-man: Renew Your Vows at this point? Yes.  I think that anyone who has been reading Renew Your Vows will be disappointed at the change but you gotta give it the 3 book lee-way – you can see an artist/writer combination usually settle in after that amount of time.  Maybe it was just unlucky #13…