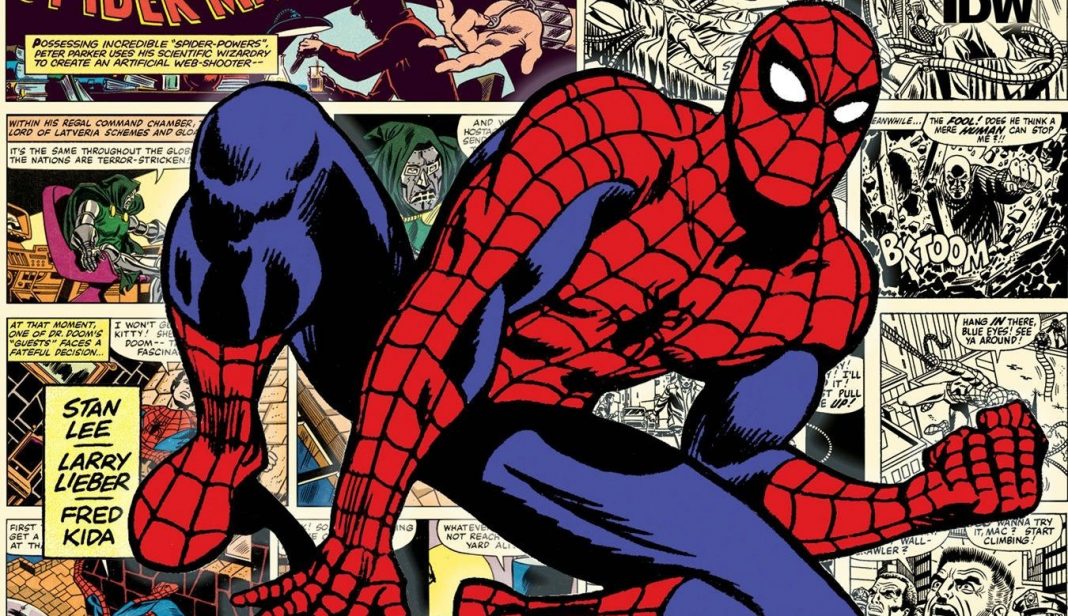 Now that The Hunted event is coming to a close (finishes for real in #23), it’s time to take a look at where Spidey is headed. While there’s always a ton of Spider-man/Peter Park content available, along with spin-offs, it’s not always apparent what is new and what is reprints. Even though it’s a good time to jump on the main line Amazing Spider-man book, these books provide some extra sprinkles for your Spider-man ice cream cone. There’s a lot, so bear with us while we take this trip…

Written by Nick Spencer with art by Ryan Ottley

As the anchor of the Spider-man ethos, Amazing Spider-man has always been a mainstay of a ton of comic fans. The latest iteration by Spencer and Ottley has refreshed the series and we’re coming up on issue 25. The issue will be a super-sized issue with guest writers and a pivot point for the storyline before Absolute Carnage kicks off in July.

Written by Chip Zdarsky with art by Mark Bagley

This six-part reimagining of Spider-man’s past stories is already underway. Last week we received the third book (the 80’s) but there are reprints available on previous books. To be clear: this isn’t a re-hash of old Spider-man stories. So far these have been clever change-ups to pre-existing storylines spanning a specific decade for each book.

Written by Dennis “Hopeless” Hallum with art by Michele Bandini

Let’s face it on this one – there’s nothing new here if you’ve played the recent Playstation video game. However, I have played the game and still decided to pick up the book. Two reasons here: the covers are all done by Clayton Crain, and the story in the game is very good. Let’s face it, we get bored with our games really quick. What better way to hold on to this one than getting a hard copy. We are a couple of books in on this series, but I bet that most comic book stores will have the first couple of issues in stock.

Written by Peter David with art by Greg Land

I keep bringing up these pre-existing Spider-man books, but they’ve been so good! This is the five-part story of Spider-man and the black suit before he knew it was a symbiote. And it has Mysterio which is apropos considering the upcoming movie content. We are a few books in at this point (and the trade paperback has been announced for October already). However, as I’ve said before, more than likely your local comic store still has the first issues in stock since it starts so recently.

Written by Ralph Macchio with art by Christopher Allen

This one-shot in June takes a look back at Peter back when he was in school. We’ve seen quite a bit of Professor Connors (Lizard) in the recent Hunted storyline. It will be nice to see a bit of expansion of the history of their relationship (or lack thereof).

The Absolute Carnage event in coming up in July, with a four-part main book and a ton of tie-ins. Every character appears to be affected including good old Spider-man. Because previous events have had a lot of the characters in the Marvel comic universe wear the symbiote, they’re all in trouble. Carnage is coming after them all!

Starting in late 2018 and spawning from Spider, the Superior Spider-man story follows a storyline where Doc Ock finds his way back into the Spider-suit, without having to take over Peter’s mind to do it. Coming up on issue #10, this is surely becoming a favorite with fans even though there is no appearance by Peter Parker.

Spawning from her recent re-appearance in the Spider-man video game and Amazing Spider-man, Black Cat is back! As a bonus, the main covers will all be done by J. Scott Campbell. Since her story in Spider-man was extremely short, this book promises to expand on her involvement with the Thieves Guild. The book is coming out in early June. Get this on your pull lists today to make sure you get it!

The latest run of Venom by Donny Cates and Ryan Stegman has been hot! With introductions to the Symbiote God and several one-off side books, Venom has never been so popular. Cates and Stegman are taking a break in the next couple of months to focus on Absolute Carnage so we’ll see some guests (including previous Venom alum Cullen Bunn