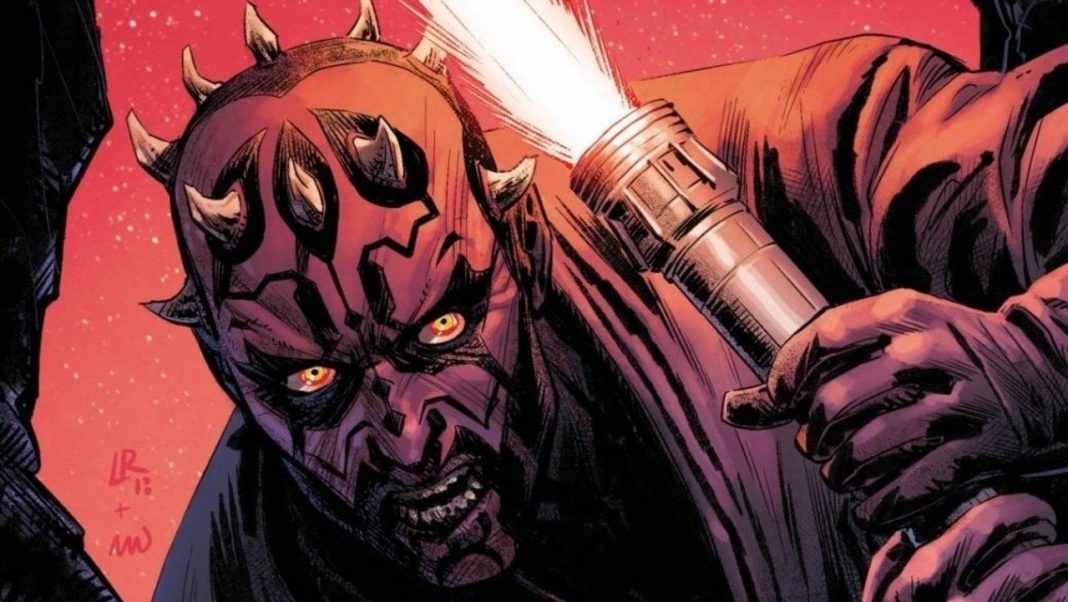 It seems that the Star Wars films have a reputation for underusing/killing off some of their coolest characters. However, thanks to the Star Wars books, comics, and cartoons, some of these characters have gotten a second chance at knocking skulls. One particular character has already had two volumes in the new Marvel Comics canon, and has just gotten his own fancy dancy Age of Republic one shot. No, I’m not talking about Vader. I’m talking about the dude with the horns and my favourite lightsaber of all time. The one, the only, the once sliced but never diced . . . Darth Maul! That’s right folks. He may not be the father of Luke Skywalker, but you can’t deny that Darth Maul is still one bad @$$ Sith!

I may be alone on this one, but I’m sad that there isn’t a new Star Wars film this December. It was starting to become a tradition and I was finding myself way more excited to see a guy with a red lightsaber than a guy with a red suit. Sadly the tradition is ruined, so instead we’ll all have to settle for a Star Wars comic event instead.

In Star Wars: Age Of The Republic Darth Maul, we see how Darth Maul copes with hiding in the shadows. His master Darth Sidious is biding their time, slowly setting in motion the events that will bring about the destruction of the Jedi. Yet Darth Maul has a bloodlust that must be sated and how long can he actually wait? Jody Houser (Mother Panic) is giving us some insight into the mind of the perpetually angry Zabrak. We see him plot, calculate, hunt, and of course battle his inner demons. It might not be the most original story in the galaxy, but it’s still engaging enough to entertain. Plus with the slick visuals of Luke Ross (Star Wars: Darth Maul) there is plenty to look at. Like all successful Star Wars stories there must be cool action scenes and in that regard this book delivers.

Maybe I just prefer reading about bad guys as opposed to do gooders, but when it comes to Star Wars the Sith stories are usual my favourite. The Sith are interestingly conflicted characters and make for an intriguing character study. Plus they have the coolest looks and the coolest lightsabers. If you’re a fan of Star Wars you can’t go wrong with this one shot. Best part is the story stands on it’s own so you don’t have to buy other Age Of Republic books if you don’t want to. However, if they are all this entertaining then there is no reason you shouldn’t get them all.