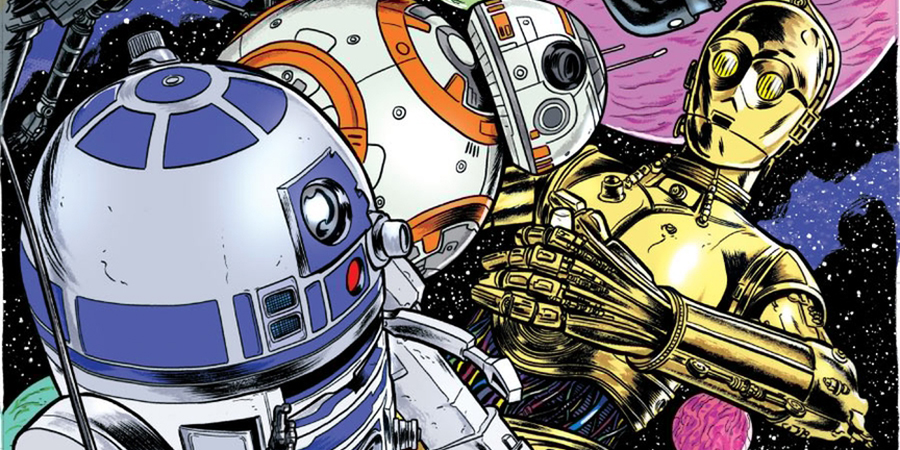 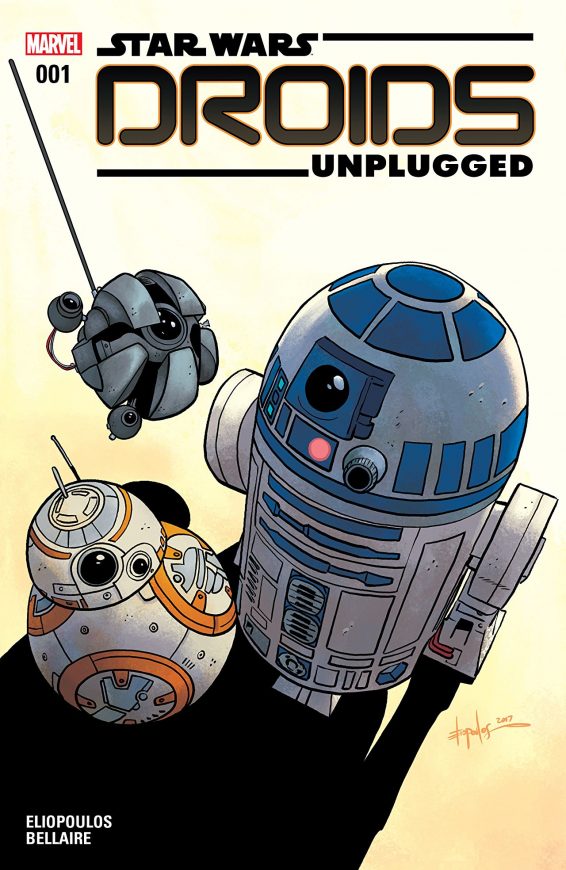 Star Wars merchandise is going nuts right now. It feels like the old days when you could see the Star Wars logo everywhere.  It’s no different for the comic world as Marvel/Disney is rolling out everything possible to get readers into the Star Wars universe.  There is a great deal of versatility in the literature available – it covers off the mainstream general books (Star Wars, Poe Dameron, Princess Leia), a little dark (Darth Maul), light hearted (C-3PO) and some that are a little more niche (Lando, Han Solo, Doctor Aphra, Darth Vader).  Droids falls into the niche category.

Star Wars Droids Unplugged is a wonderfully light book containing three short stories that are intended for all ages (the book says 9+ but any child would love this comic).  Chris Eliopoulos (Spider-man, Star Wars) art style is indicative of Calvin and Hobbs – its endearing and highly appropriate for these stories.  The color by Jordie Bellaire (Doctor Strange, Moon Knight) is simple and understated which works well for this book. 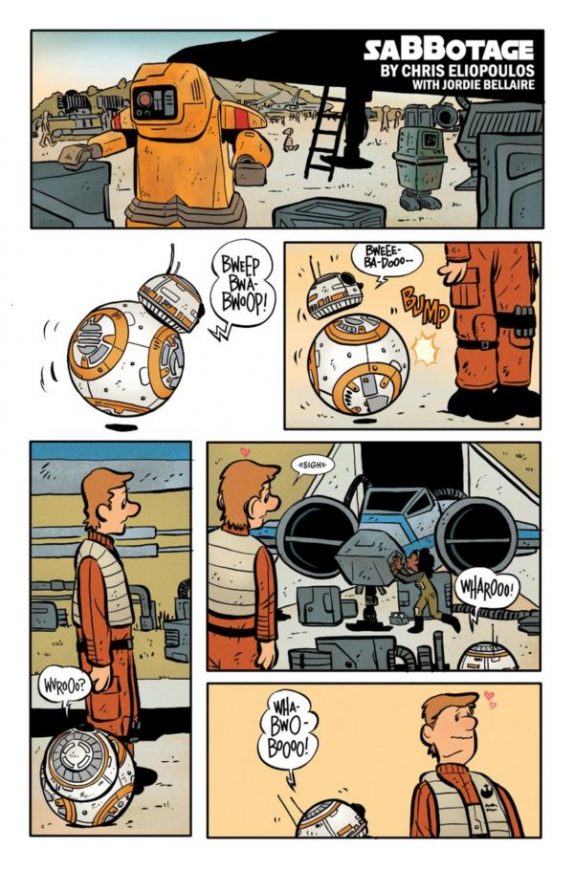 The three stories are Probe Droid Problem, Droid Dilemna and SaBBotage.  Probe Droid Problem is a simple story about probe droids during The Phanton Menace rescuing another trapped droid while Darth Maul wasn’t looking.  Its a simple store with very little dialog (if you can even call a Jawa saying ‘Ootini’ dialog).  Droid Dilemna is mostly about R2D2 and his issues trying to get to Luke’s X-Wing to get it prepped for flight.  SaBBotage is a classic love story with BB-8 as cupid.

The stories are light and not exactly Neil Gaiman level as far as complexity.  But its a fun romp that allows the reader to enjoy stories from the viewpoint of the Droids. It’s also the first time since C3PO that the book is completely about droids.  Star Wars Droids is a one-off book that is available Wednesday.