Home Reviews Reviews from the Dark Side Samuel L. Jackson is back in a robe!
Facebook
Twitter 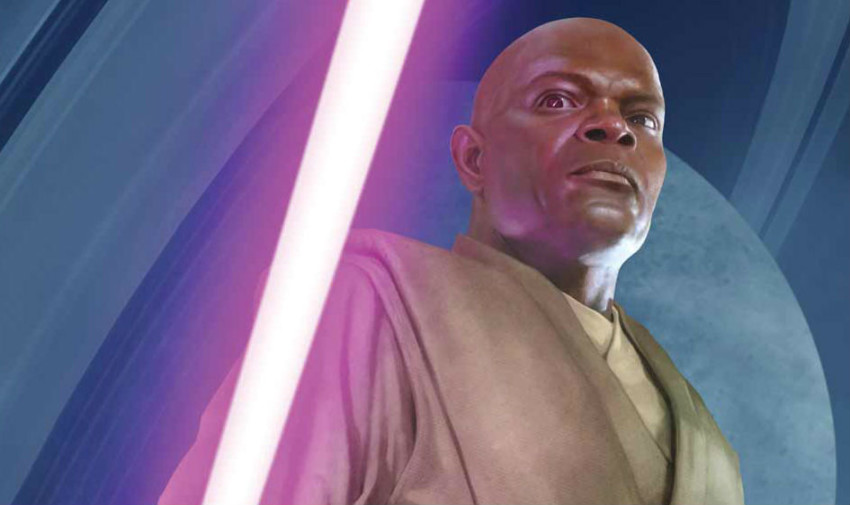 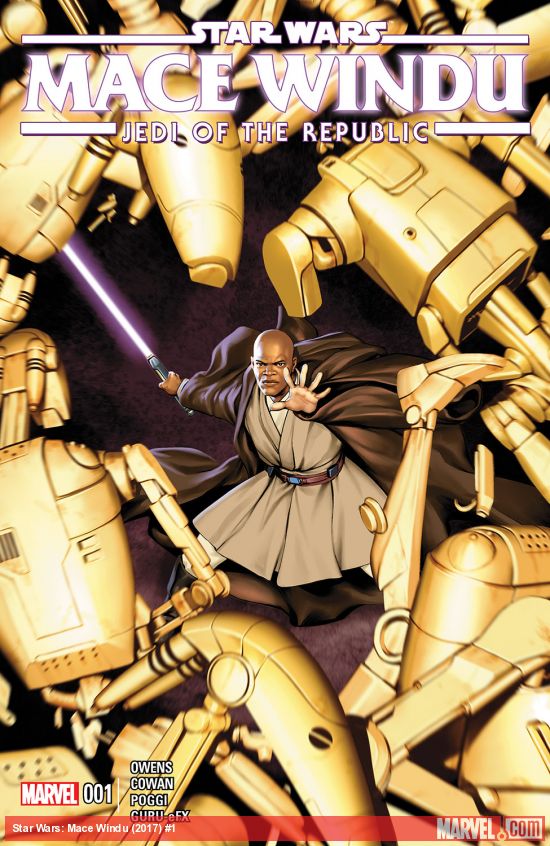 “For over a thousand generations, the Jedi have been the peacekeepers of the galaxy – but now, at the dawn of the Clone Wars, they find themselves in a new role: generals in the Army of the Republic. As Mace Windu, one of the Jedi’s greatest warriors, leads a small unit of Jedi into battle shortly after the war begins, the Jedi must make peace with their new role, or be lost to the violence around them!”

Mace Windu was introduced as part of the secondary line is characters in the Star Wars prequel trilogy.  During said trilogy he was involved with the Battle at Geonosis.  This 5-issue story starts after that battle and helps fill in the story gap.  Mace starts out by discussing the conundrum that is being a Jedi Knight and being a general in the Army of the Republic.  There’s not much time before the general gets called out on a mission with Kit Fisto and other notable Jedi.

After an initial set of dialog referring to the aftermath of Geonosis, this story really starts to take off.  Mace is grouped up with much lesser known characters to start a mission against the droid army.  As a result, Mace is immediately put into a situation where brain is more important than brawn.  This is exactly what a Jedi-centric story should be in my opinion.

Experience and Royalty at the Helm

Matt Owens is no stranger to the Marvel universe.  This is the 2nd book he’s written for Marvel (after doing Elektra earlier this year).  In addition he’s written several episodes of Luke Cage and Agents of Shield for Netflix and ABC.  As such, he understands the pacing required to keep the readers’ attention.  Penciler Denys Cowan has a project list spanning both DC and Marvel going back to the early 80s.  As a result: this book is in good hands and handles this Star Wars property well.

Since this is only a 5-story miniseries – there’s little or no required for a long term commitment.  Pick it up starting tomorrow!