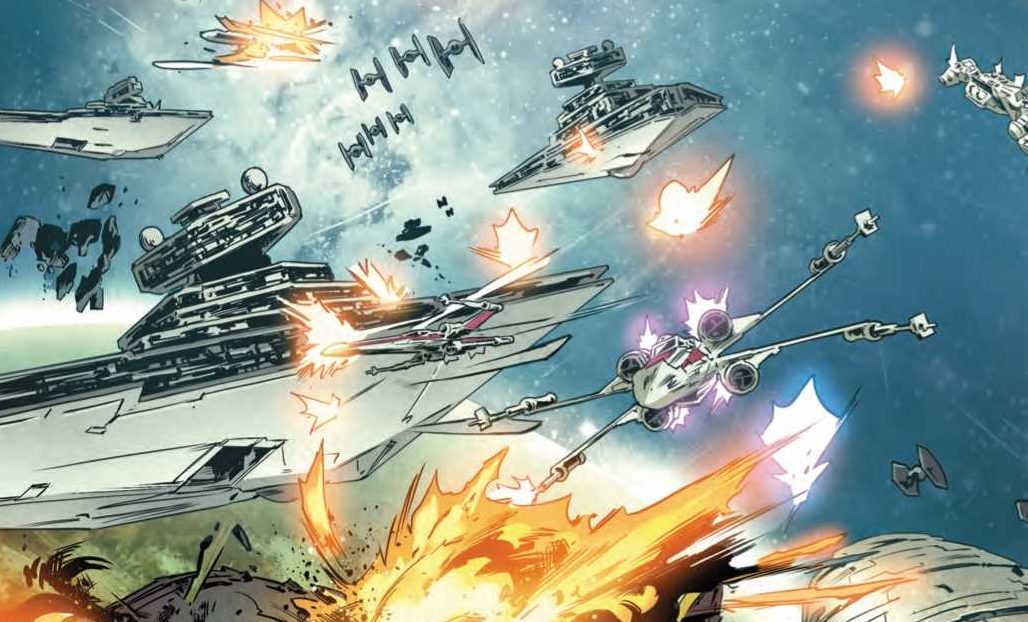 From The Publisher: “WHO IS DARTH VADER?  He has been many things: a SITH warrior, a commander, a destroyer. DARTH VADER is many throughout the GALACTIC EMPIRE a symbol of fear and mysterious, otherworldly power. But there are some who have seen the DARK LORD in a different light. There are some corners of the galaxy so dark and desperate that even Vader can be a knight in shining armor. The first issue of a new STAR WARS limited series, writer Dennis Hopeless (CLOAK AND DAGGER, JEAN GREY) sheds new light on the many sides of the galaxy’s greatest villain.”

It seems, when it comes to Darth Vader, we are doomed to an existence full of sadness. They start it up, the at the prime issue of twenty-five we are relieved of our black knight. Then we have new hope with another run of Vader only to be torn down again after another twenty-five issues. So here we are standing at the precipice of another great Vader story…

While that might seem a bit dramatic, there are a great many fans of Darth Vader that cannot understand why his book keeps ending. We don’t have a new series to chew on – but we are offered a small snack between our commiserating. Dark Visions is a 5 part mini-series offering several smaller stories relating to our venerable anti-hero.

In the first book of the series, we are treated to a planet that has regressed from a glass and steel society to a pre-technological paradise. One of the people living in this utopia host our almost entirely third-person view of a Vader story. The story includes a space battle and Vader fighting a huge kaiju- monster. It really does have a bit of everything. And the art is really cool as well. I’m looking forward to what other stories this has to offer of the fan favorite. As a result, it looks like we have a decent book to keep us sane while Marvel figures out what to do long-term Darth Vader.