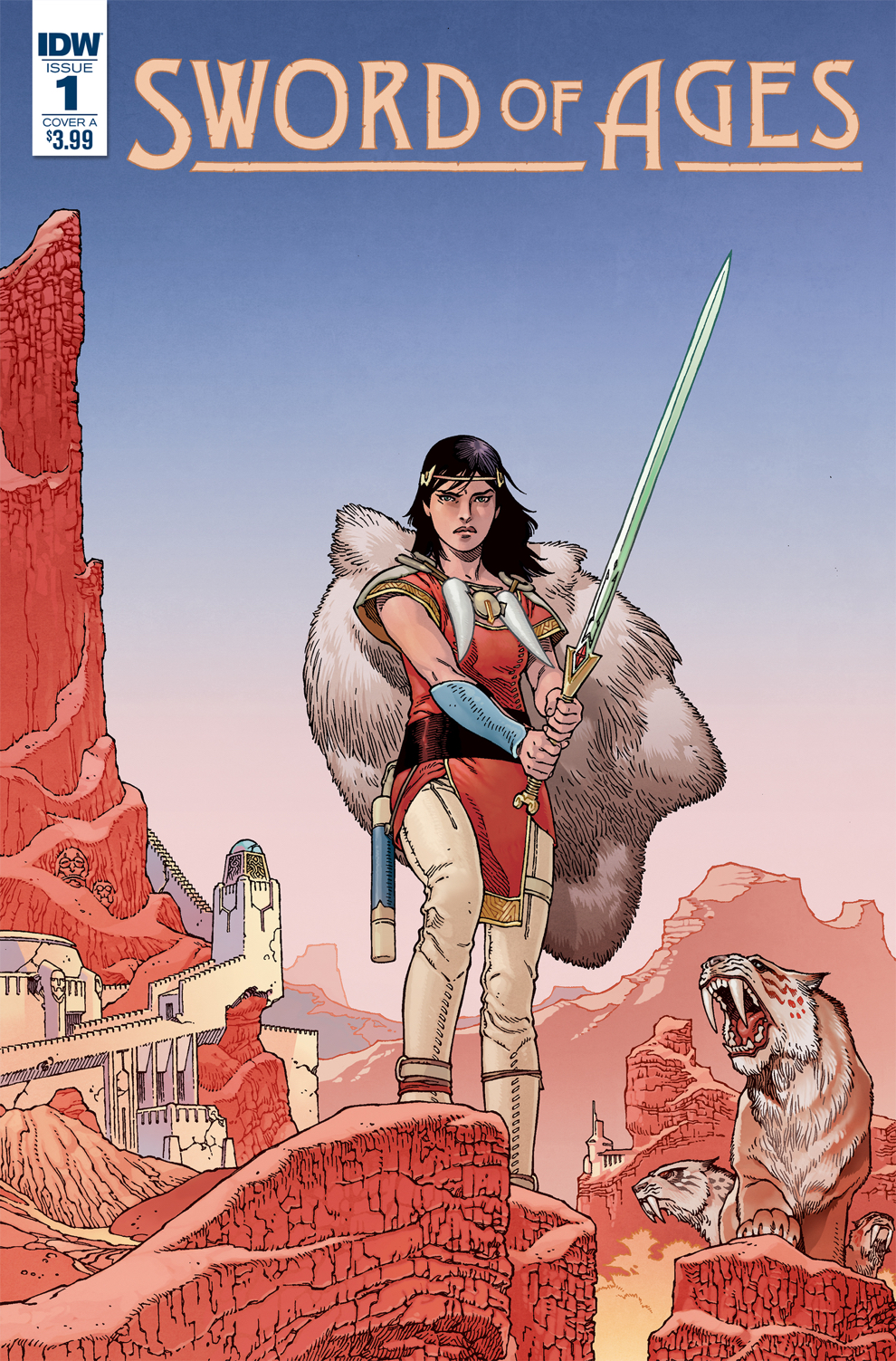 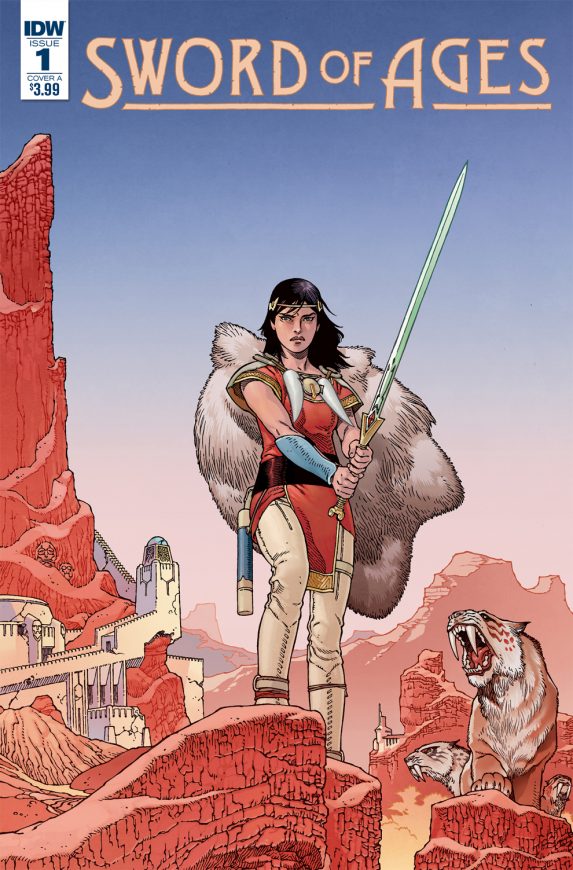 Created, Written and Illustrated by: Gabriel Rodriguez
Published by: IDW

As the illustrator of Locke and Key, Gabriel Rodriguez has a solid pedigree in the visual side of story-telling. Locke and Key is the top selling IDW series from a few years ago. Over the last few years, Gabriel has been teasing us over social media about a story he’s been writing and developing.  That story has finally come to fruition with Sword of Ages #1.

From Rodriguez: “[Sword of Ages] takes the form of a re-telling of the Excalibur myth as a space fantasy epic about the origin of the sacred sword and the first one chosen to wield it.”  He’s previously explained it as a cross between the Arthurian story and the unmade version of Jodorowsky’s Dune which “both get at the core regarding the same issues: men driven by their passions, ideals and ambitions…”  As a result its a deep and interesting pallet to paint from.  Even more interesting is that the main character is a women, dropped from the stars, and raised by tigers.  She’s accompanied by a motorcycle riding old man named Merlin. 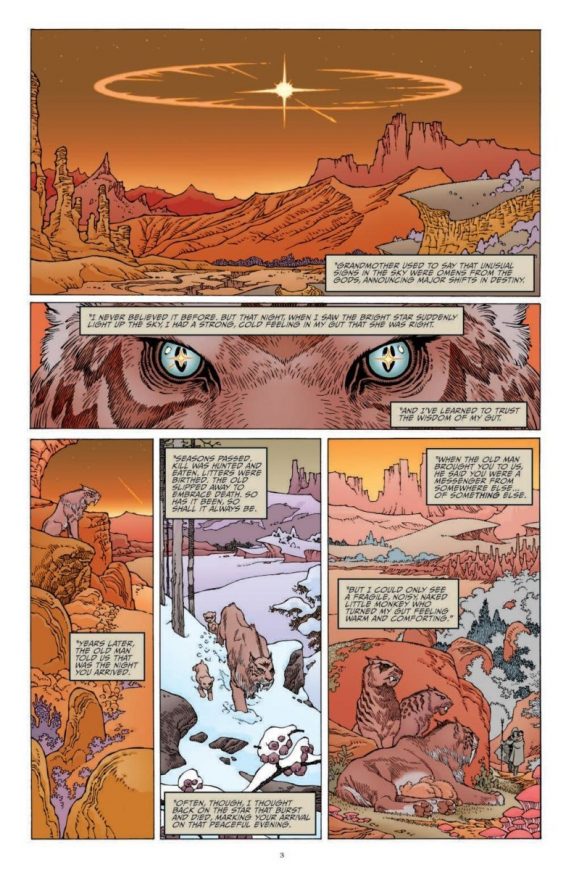 As with most “epic” storytelling, this book gets deep quick.  There’s a ton of content required to get the backstory rolling for this book.  Very much a Tolkien-esque re-telling of a classic fairy tale.  The book bounces around from an explosion in space, to talking animals to a journey reminiscent or Easy Rider or Mad Max.  It really has it all.  And it’s the first step in what feels like a truly interesting journey.  Additionally, the lead character Avalon reminds me of the young lady in the game Horizon Zero Dawn.  It’s a compliment that Gabriel managed to create that kind of depth in only one book.

A lot of you will know what to expect from the art – Locke and Key has been read by a lot of people.  If you haven’t read it yet – pick it up!  It’s available from IDW in a hard cover book that really reflects how you will pick it up again and again.  As far as Sword of Ages, if it wasn’t a comic book now, it might have been an 8-bit video game in the 80s.  As a result, it certainly would not have been an Atari E.T. game (look it up).