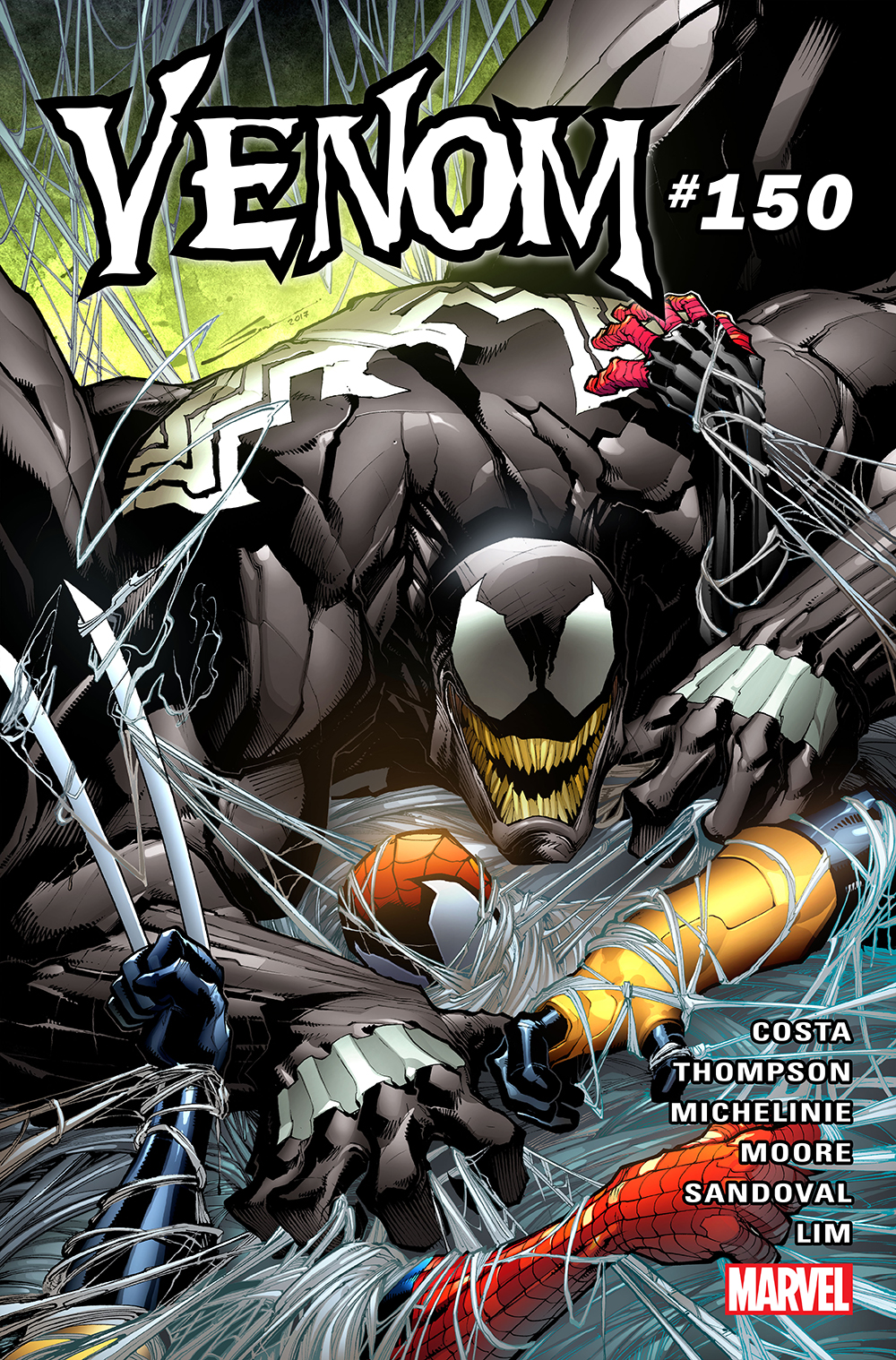 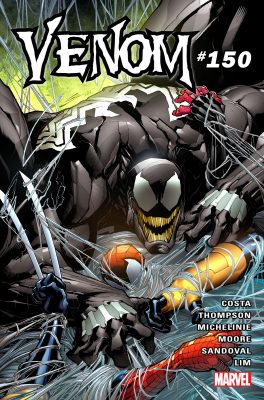 If I had to make a list of those I wouldn’t want to french kiss, Venom would be at the top. With Gene Simmons a close second. However, I admit that if those two were french kissing each other it’d be very hard to look away. Especially now that watching American Gods has given me the ability to objectively watch slightly disturbing things without batting an eye. Anyway . . . If you can stop picturing those long slobbery tongues intertwining for a few minutes, I have a review for you to read.

It is a good time to be a Venom fan! The folks at marvel have tapped into their math skills, and have calculated that if you combined all the Venom series (mini and otherwise) this one is number 150. Which is cool, I guess. Also kind of cool is that the current series is picking up this “Legacy” numbering. So now if you were following the recent ongoing your collection jumps from #6 to #150, wh 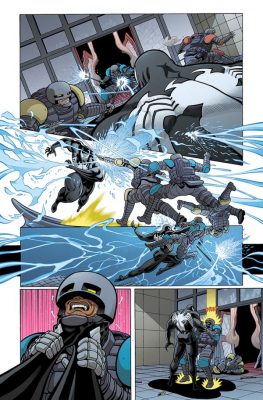 ich will still be less confusing to navigate than your box of All-New X-Men or any other Marvel Now/All Different/Now title. This giant-sized issue features three symbiote goo filled stories, done by a talented assortment of creators. The main story “Heart of Darkness” (sorry there is no ox chopping scene) is written by Mike Costa (G.I. Joe: The Cobra Files) and is drawn by Tradd Moore (Luther Strode). I have really been enjoying Costa’s writing on this Venom series and he doesn’t disappoint with this issue. Finally the dream team of Venom and Brock are back together, but after being apart for soo long they have some adjusting to do. This story is very reminiscent of Lethal Protector, and I think this series will follow a similar formula. Which is in no way a bad thing. Unsurprisingly, the best part of this story is the AMAZING art of Tradd Moore. I wish he wasn’t just a guess artist. His action scenes and overall style are breathtaking as always. It’s such a unique style that works naturally (almost symbiotic-like) with any action heavy book. Plus his Venom is really cool looking, I love how his tongue fo 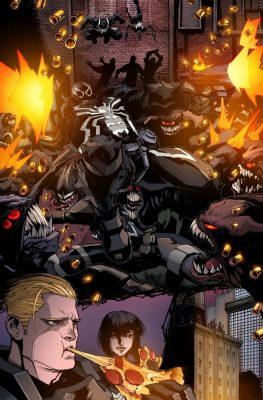 lds in on itself while inside his mouth as scene on page 10 panel 2. His Brock also looks great, and as an added bonus looks nothing like Topher Grace.  The second story “Dependence Day” is written by Robbie Thompson (Venom: Space Knight) and illustrated by current Venom artist Gerardo Sandoval (New Avengers). This story finally gives us answers to how the symbiote was separated from Flash Thompson a.k.a Agent Venom, while still producing new questions. It’s well written and Sandoval’s art is a moody, grungy style that fits nicely into a anti-hero book. Last, but certainly not least is the final tale “Malled!” written by Venom co-creator David Michelinie (Turok: Dinosaur Hunter) with pencils by Ron Lim (Infinity Gauntlet). This is a very fun blast to the past, set in the early years of Venom. Michelinie crafts an entertaining little throwback, filled with laughs, action and even a little character development (do you remember what that is Ridley Scott?). Of course Lim is in top form giving us a nostalgic look that comic fans will never stop loving. 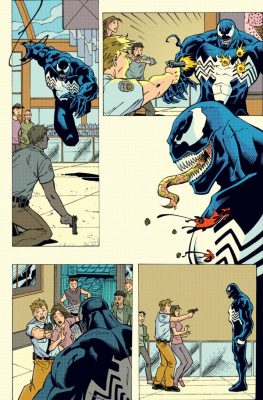 Make sure you celebrate this milestone with your very own copy of issue 150. It’s an essential comic for any Venom fan, and a great place to jump on for Venom fans in the making. Just make sure you  don’t steal someone else’s copy or you might end up on the toothy end of a lethal protector. This book is filled with fantastic art, entertaining stories, and other Venom goodies like a sweet cover gallery. If you enjoy this issue make sure to search Alpha’s back issues, or check out some of their Venom trades.