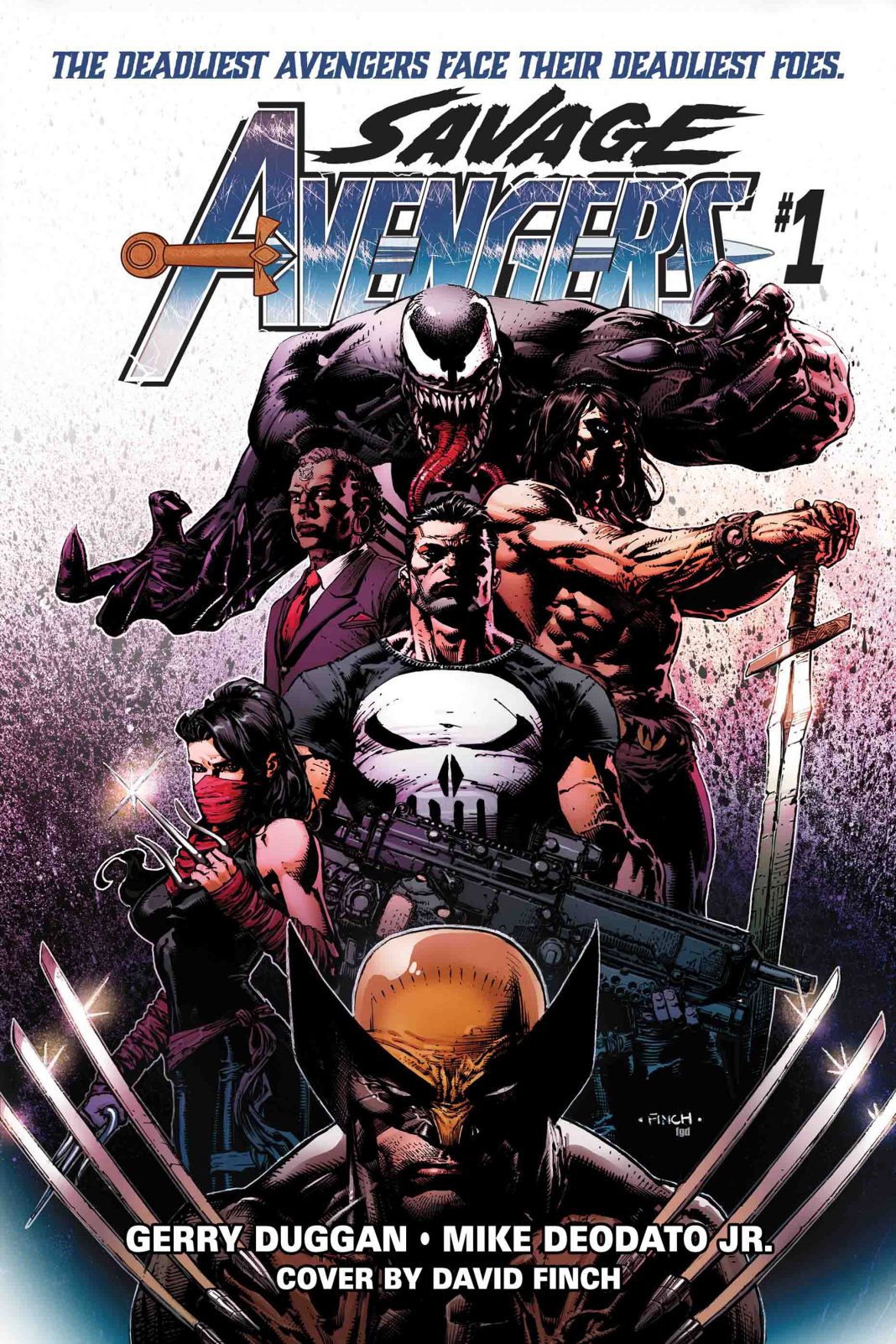 An all-new series by Gerry Duggan and Mike Deodato!

New York, NY—February 14, 2019— Following his critically acclaimed and sold-out SAVAGE SWORD OF CONAN series, writer Gerry Duggan, along with his best-selling INFINITY WARS artist Mike Deodato, will embark on a new and epic adventure this May in Marvel’s all-new series SAVAGE AVENGERS! Spinning out of the events of AVENGERS: NO ROAD HOME, SAVAGE AVENGERS will find Conan fighting alongside an “unsanctioned team of heroes” in the Marvel Universe – including Wolverine, Venom, Punisher, Elektra, and Brother Voodoo!

“We envisioned a threat, a magical green zone where the evil wizards of Conan’s world are trading spells with The Hand in Japan,” Gerry Duggan told Entertainment Weekly in an exclusive interview. “Conan is on a very Conan-like mission; he’s heard a tale of an amulet so he’s chasing it, and the evil magic sorcerers are doing something that would be a Marvel Avengers problem. It feels like we have found some very fertile ground that is a Venn diagram between those two worlds.”

“SAVAGE AVENGERS is just what it says on the label—it’s all of the biggest badasses of the Marvel Universe brought together uneasily in one explosive series—and with Conan as a wild card,” SVP and Executive Editor Tom Brevoort told Marvel.com. “It’s big, it’s brash, it’s explosive, it never slows down—the only scenes in SAVAGE AVENGERS that involve a table is when somebody is being thrown through one.”

Head to Entertainment Weekly and Marvel.com to learn more, and head to your local comic shop on Free Comic Book Day to pick up FCBD AVENGERS for an all-new 10-page SAVAGE AVENGERS story launching the ongoing series!