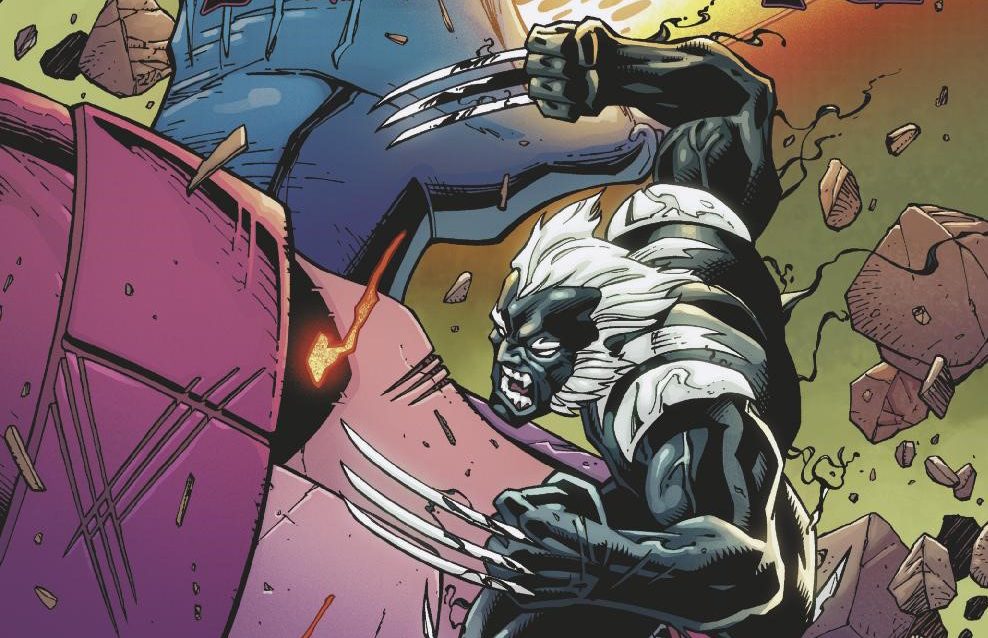 Continuing the Edge of Venomverse started by #1 X-23, #2 Gwenpool, and #3 Ghost Rider, number 4 is the first in the series with a top character.  Old Man Logan is the Wolverine evolutionary story (and the basis for the latest movie).  In an interesting twist, Scotty (Logan’s adopted son) has been missing for quite some time.  However former X-Man Angel is trying to get Logan to sober up.  Long enough to understand that Scotty is alive and Angel knows where he is!  But things may not be what it seems…

You know the formula by now – superhero gets symbiote, goes on rampage, gets abducted by Venom Captain America.  But the trip to get there is actually quite fun!  Logan battles a venom-infused T-Rex.  That should be all it takes to get you out to pick up this book.  But there’s something else that actually makes this even more interesting.

The writer of the book is Ryan Key.  Not really all that interesting on the surface (no history in comics, etc).  But then you look deeper and see: this guy was actually the lead singer of the band Yellowcard before they broke up in 2016.  And he knows his stuff – making references to Logan’s past to help put this story into context. Not a bad introduction!  The art by André Lima Araújo is rough and tumble that works well for Logan.  Araújo is known for his work on Marvel books Inhumans and Fantastic Four.

It’s not Shakespeare.  It’s not supposed to be.  it’s a little distraction until Venomverse hits in September.  In the meantime, you get to enjoy these characters in situations that are new and unique.  These books are building up to what could be the best symbiote pairing of all time: Deadpool.  Change out of your crocs – this is going to get crazy!