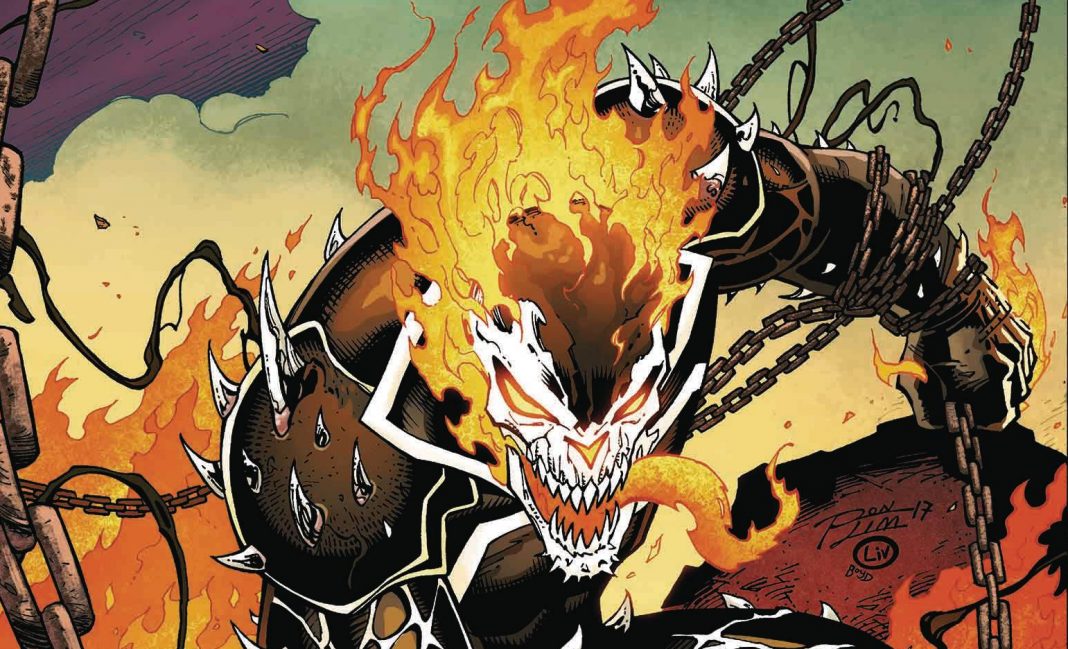 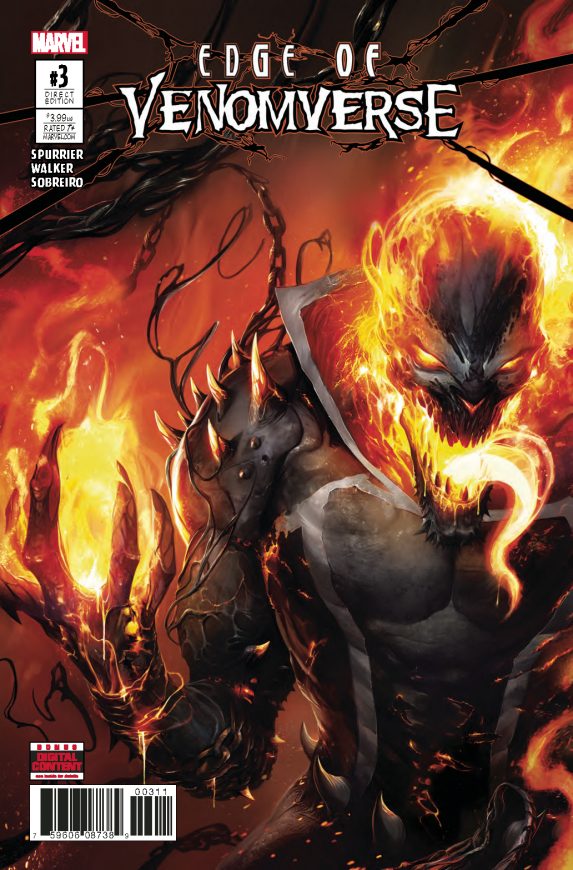 Robbie Reyes doesn’t feel like himself lately.  Worse than his normal self really.  As you may know: he is Ghost Rider.  Crashed his car while racing to make money for his little brother.  Turns out the car was haunted.  After making a deal with the Spirit of Vengeance he is now the Ghost Rider.

This book is part of a series of one-shots that lead up to the Venomverse series (see previous entries about Gwenpool and X-23).  In each book, we get to see a character from the Marvel universe inhabit the Venom host and how it relates to their story.  The common thread is a ‘modified’ Captain America summing up the book with an invitation to a team-up.

It’s Getting Hot In Here

The book starts out with S.H.I.E.L.D. trying to transfer high profile prisoner Mister Hyde to his court date.  Hyde has something else in mind while wave after wave of villains attack the convoy. Including a monkey named Octosquatchpool yelling “Come Taste my Manhugs of Doom!”  Classic.  Just when things are up a creek, Host Rider (Robbie + Venom) show up to taste the humans at the scene.  Then its chaos.  Pure sweet chaos.  Then its pure gore when you see Crossbones (hired to create said chaos) meet his end.

The art by Walker is a frenzy of ink that suits the story well.  In addition, the colors are well selected, alternating between the red indicating the inside section with Hyde and the exteriors with Host Rider.  Spurrier does a good job of expressing Hyde’s damage and Host Rider’s internal struggle to rectify Robbie and Venom’s conflicting ideals.

Overall a nice nugget of a story to get us going into the main Venomverse story.  The end is a little abrupt with the Captain America panels, but it should leave you wanting more.