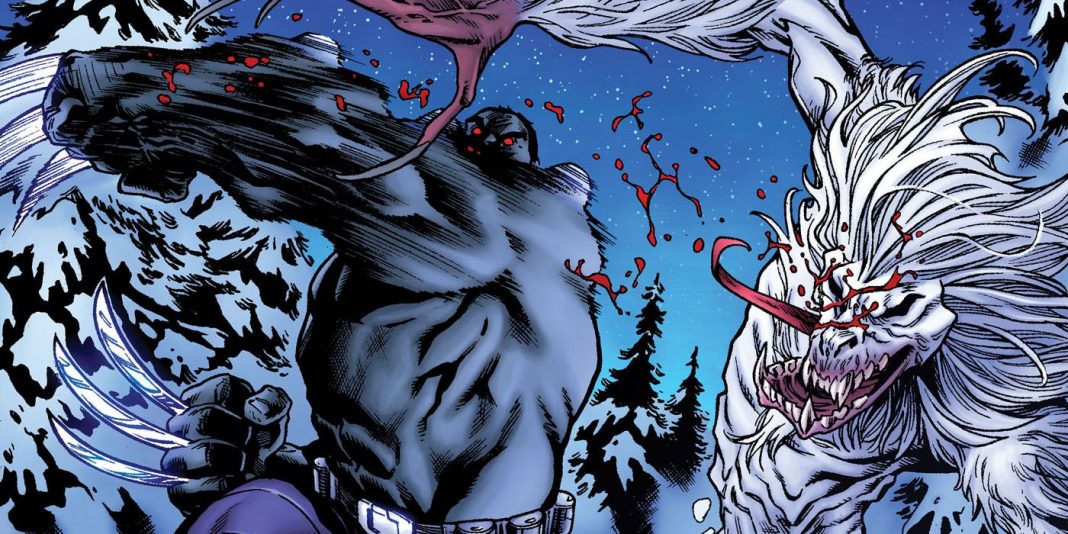 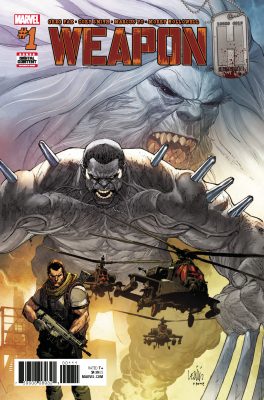 The sinister government corporation behind the Weapon X program has combined the DNA of the Hulk and Wolverine and created . . . well . . . a monster of course. Not just any regular monster though, this one has giant adamantium claws. I know what your thinking, because it’s the only logical thing to think. This book sounds totally, incredibly, savagely bad @$$! You’re right it does, and guess what? It is!

This cool character combo could be written by anyone, but only in the hands of Greg Pak (Planet Hulk) could it actually be turned into an intriguing story which surpasses the gimmick. This character first appeared in a Weapon X/Totally Awesome Hulk crossover called “Weapons of Mutant Destruction”, which was written by Pak and he has been developing this character ever since.

In that crossover and a few Weapon X issues after we learned a bit about Clayton an ex-military contractor and Weapon X guinea pig, who now has the ability to turn into the Hulkverine. Mainly we know he has a family who thinks he’s dead, and who he wants to protect from himself and a handful of government groups. Which of course makes him a fugitive monster on the run. 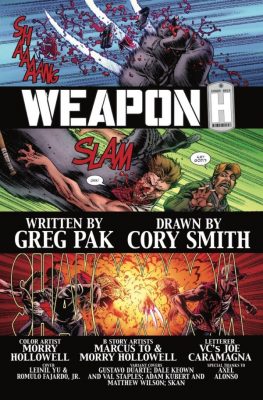 You might not know this about me, but fugitive monster stories are one of my favourite things. I love them! Probably all thanks to the Bixby/Ferrigno Hulk TV series. Anyway this type of story always has lots to offer and Pak nails it. He gives us a troubled character with a shady past, a morally corrupt corporation, and the best part . . . Giant monsters fighting other giant monsters! In this case Weapon H Vs. a jacked up Wendigo. Honestly I can’t think of a better adversary for Weapon H to start off against considering this creatures history with both Wolverine and the Hulk (separately and together). Nice play Pak, nice play.

The art in this book looks great, I enjoyed it blah, blah, blah. More importantly Cory Smith (Nova) draws a freaking cool Wendigo! Like seriously. It’s very creepy, truly the thing of nightmares. It’s a ghoulishly gaunt looking creature, with long dangly arms and giant unclipped claws (no I’m not describing myself). I love this interpretation, its unreal. Smith hits it out of the park! I can’t wait to see it really go toe to toe with Weapon H next issue. I’m betting these two beasts can do some serious damage to each other and those stupid enough to get in their way. 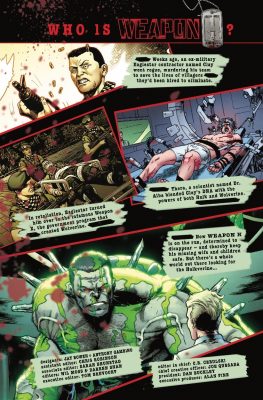 You don’t need to read Weapons of Mutant Destruction or Weapon X to understand or appreciate this book. Everything you need to know is recapped or explained. This character is new and lots is yet to be revealed about him. If you are all about monster smack downs and corporate conspiracies this is the book for you. There are many secrets to be revealed and many monster sized threats to be smashed and/or slashed. Also, just to let you know the Wendigo is in this book, so what are you waiting for.